posted on Jan, 12 2014 @ 06:34 PM
link
This is a subject I wanted to talk about, since food is an important factor in life. Seeing a video describing a possible conspiracy is what drove me to discuss it here, where better. The conspiracy I speak of was mentioned on info wars but is based around the food4patriots shock advertisement. It motivated me to look into the notion of a food shortage. The food crisis of 07-08 is a lot to blame for the fear out there. If you have seen these advertisements and where alerted, here is some information to calm you back down. The years following 2008, we have moved away from the immediate dangers of world food shortages. This link shows the development of records, regarding the world food reserves. It mainly shows that we are in a much stronger stance to combat food shortages. Though this year may have heavier demands concerning food relief, due to the quadruple food emergency that is occurring.
So as far as going hungry in 2014, as long as people keep producing, we should have no fears of going hungry. I wouldn't consider anyone with a emergency stockpile of food to be in any way wrong. Its actually smart to be safe, in ways that are with in reason. Because who knows what next year or the following will bring. Even a glitch, can be a threat if you have nothing in reserve.
edit on 079Sunday54112-06:00Sun, 12 Jan 2014 18:54:46 -0600201401America/Chicago by blindprometheus because: (no reason given) 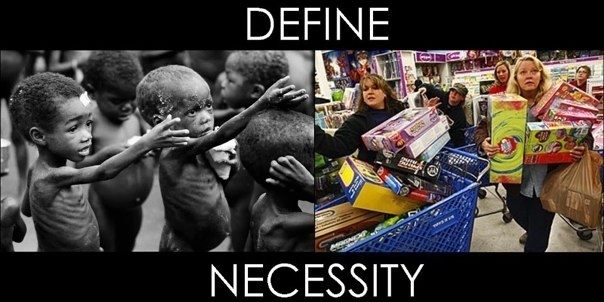 In complete honesty, maybe we should experience some modern hunger in 2014 so the whole world understands what we are actually letting happening to so many kids and adults all around the globe.

You know, like watching The Olympics and Professionnal Sports which costs billions of money that could be spent to fight hunger.

thanks grammar officer. Its also a conversation piece not a presentation. So the informality to me, would be kind of obvious. Hope the subject gets discussed, beyond proper writing scrutiny.


Such a real view. Some people living on earth due to politics are starving while others cry when they don't get a certain brand.

posted on Jan, 12 2014 @ 07:10 PM
link
Are you speaking globally or just in America? There are so, so many people here in America that would not have a clue what to do if they couldn't just mosey on down to the supermarket to buy some food.

posted on Jan, 12 2014 @ 07:18 PM
link
Yeah, the idea of hunting and gathering in the United States is lost to most everybody, except farmers and hobbyist. The main thing I hoped to get across, is there is no short term foreseeable world food shortage. We actually have a higher than usual abundance, due to the mistakes and crisis in 07-08`. I don't want to try and imagine a situation that would jeopardize the reserve. Though this year, we will get to see the response to a quadruple emergency. It will be interesting to see how well the food is utilized. Especially where the supplies are threatened due to being in a political conflict area, much like the starving children picture from above.

I advocate provisioning of long-storage foodstuffs for one reason: you never know what your financial situation may be from day-to-day. A simple fluctuation in 'value' is all it will take to go from fed ... to hunger.

There are many factors which influence the availability of resources. In the modern world (not Africa) systems are in place and are relatively sound. That doesn't mean they cannot be naturally or artificially disrupted. I am not a prepper, but that basic strategy has gotten more than a few people over some unexpected humps ... even members of ATS.


I agree with you. Having some sort of emergency foods is just a good natural idea. Loss of a job or lowering of income becomes more manageable when food concerns are not the biggest problem. A flood or power outage that can isolate an individual, is less of a danger when you have a basic supply of food.