posted on Jan, 7 2014 @ 07:17 AM
link
I decided to post this news story since I found it pretty bizarre. And I wish I was making this up, but unfortunately, this is reality folks.


Dec. 30 (UPI) -- A South Carolina woman was arrested and charged with criminal domestic violence of a high and aggravated nature after she allegedly stabbed her husband with a ceramic squirrel when he came home on Christmas morning with no beer.
When police responded to the home of Helen Ann Williams, 44, at 12:20 a.m. for a domestic disturbance, they found a 41-year-old man covered in blood as a result of a "large deep" cut across his chest and facial lacerations.

The man told police that when he returned home without any beer because the store was closed, Williams became enraged and used a ceramic squirrel to hit him over the head and stab him.

Williams said the victim fell and cut himself and that the blood she had on her hand and clothes “had been there.”

Just when you think you've seen it all. Pretty crazy a woman would attack her husband for not coming home with beer on Christmas. Just another one of those shake your head moments I suppose. What do you think ATS? 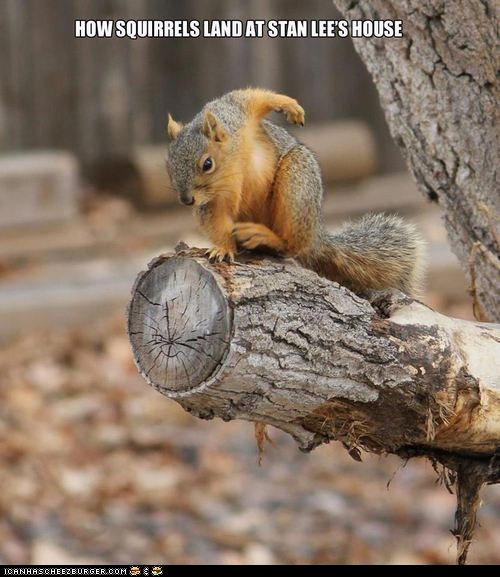 Leave it to folks in the south to carry idiocracy to new heights in honor of the holiday season.


If it was for wine rather than beer, I might have agreed with you.


This is why America can't have nice things! Stabbing spouses with ceramic squirrels?

Now there will be a cry for banning of ceramic squirrels, great!

You can take my squirrel, when you can pry it from my cold dead hands!

posted on Jan, 7 2014 @ 07:37 AM
link
Maybe A&E can start filming this couple. People seem to not get enough of hillbilly reality television.

Dec. 30 (UPI) -- A South Carolina woman was arrested and charged with criminal domestic violence of a high and aggravated nature after she allegedly stabbed her husband with a ceramic squirrel when he came home on Christmas morning with no beer.

Oh is that all,, consider it lucky a whole roit didn't break out


Now, I do not know about you, but several things about this story strike me as being somewhat bloody stupid. First of all, using a ceramic squirrel to cause serious injury is daft as all heck. I mean, sure, it did the job and what have you, but it hardly seems the first choice of weapon.

Second of all, what sort of moron would you have to be, to try and do a beer run on Christmas day, or for that matter, Christmas Eve? Just an FYI, getting hold of ANYTHING is harder on those two days of the year. Heck, its not even a walk in the park to do shopping on Boxing Day! If you want beer on Christmas Day, you buy it on the twenty third of December, and you put it in a cupboard until the day itself!

And another thing, just while I am at it. When a man leaves his home on the grand quest to purchase beer, and fails, he has already suffered a great injury, both to his personal pride as a provider and gatherer of important things, but also as a stout (do you see what I did there) supporter of beer in general. Attacking this man when he was already suffering such terrible defeat is callous and unsporting.

I hope they throw the book at her.

posted on Jan, 7 2014 @ 09:01 AM
link
I've seen squirrels throwing nuts from a tree at people but this is the first time I have heard of a nut using a squirrel to accomplish something.


I just choked on a bite of my lunch while reading that!


This is hilarious!!! Well the part about the ceramic squirrel anyway...hahaha

posted on Jan, 7 2014 @ 11:35 AM
link
B double E double R-u-n
I expect this kind of behavior from New Yorkers, because I witnessed it while visiting there, but down south?? Come on people. You could have easily drank all the rubbing alcohol until morning. Use your brains duh!


Do you think she could be a scientologist, either way nut's.