posted on Jan, 6 2014 @ 09:07 PM
link
According to our well known friend Jerome Corsi, evidence exists that points to Hitler actually escaping Germany and arriving in Argentina after the war.

He cites some reports that the DNA test in Russia of supposed remains of Hitler were not Hitler.

Theories have been explored before, but this time he says he has declassified FBI, U.S. intel files that make it all very possible if not probable.

Not surprising either, he states that OSS (U.S. Office of Strategic Services) was in contact with high Nazi officials in 1943 from offices in Switzerland.

He mentions some evidence that Stalin and Eisenhower thought Hitler got out alive.

Lots of speculation here, but a good conspiracy none the less.

Examining declassified FBI and U.S. military intelligence files, Corsi makes a compelling case that U.S. investigators suspected from the beginning Hitler had escaped. For political purposes, the evidence indicates, they were willing to go along with the cover story that in the final days of World War II, Hitler married his mistress, Eva Braun, and the two took their lives in a joint-suicide ritual just before the Soviet army entered Berlin.

But the truth is, no one actually saw Hitler commit suicide. There are no photographs documenting a joint suicide of Hitler and Eva Braun, and the bodies of the two were never recovered or preserved for positive identification.

In 2009, Corsi pointed out, Nicholas Bellatoni, the Connecticut state archaeologist, was allowed by the Russian Federation State Archive in Moscow to examine skull fragments the Russians have claimed for decades are proof Hitler committed suicide.

posted on Jan, 6 2014 @ 09:22 PM
link
I was always fascinated by the life of Hitler, and I always flirted with the Idea that Hitler got away. Most of the information on the article is not new to me although the book itself I cannot account for since I have not read. I'll have to get a copy of it myself to see if there is any information I could have missed. Thanks for the find.
edit on 6-1-2014 by ScorchedEarth because: Typo

This would explain operation Highjump from after the war and Doenitze impregnable fortress comment from 1939 as well as the possible deployment of an underground nuclear device to destroy whatever they found, possibly inserted by a special forces team after the operation was beaten back (there was a large subteranean seismic event several months after highjump retreated) and also the suspicion they may not have got them all justifying the eternal lid of silence on the operation, lets be fair you do not take thousands of troops, destroyers, submarines, an aircraft carrier and several flying boats for a scientific expedition not in the most deranged wildest dreams of anyone but you do deploy this sort of task force to eradicate or combat an enemy that has not surrendered and poses a continued threat.
So whas he there or did he take shelter in one of the many german speaking compounded comunitys of argentina or chile, well we may never know but great thread and S+F.

posted on Jan, 6 2014 @ 09:34 PM
link
It wouldn't surprise me if he did make it out, obviously there was much intel to sap from him. I hope this thread picks up as I am still reading the article SnF.

posted on Jan, 6 2014 @ 09:42 PM
link
Hitler's ideology survived, that's the important thing.
Whether he did or not wouldn't change much about the world today.
Many of his top collaborators went on to become fabulously wealthy, influential people, their war connections completely whitewashed in the post-apocalyptic post-ww2 newly militarized/corporatized world.

posted on Jan, 6 2014 @ 10:19 PM
link
Who knows really. Our Government brought many war criminals to America and gave them new identities and even jobs in Government agencies. NASA is a big one that comes to mind...


The article mentions the Argentina media reported multiple times that Hitler arrived and was staying there. I wonder if we can dig that up…. *puts on his monocle*
edit on 6-1-2014 by Lucid Lunacy because: (no reason given)


There's also that old rumor that Hitler was a Rothschild relation.

posted on Jan, 6 2014 @ 10:54 PM
link
Does it matter? Hitler's Nazis won the war anyways.
Funny that we become what we hate. Our forefathers gave their lives to fight fascism (corporatism) only to become corporatists ourselves.

posted on Jan, 6 2014 @ 11:22 PM
link
Hitler died. Stalin had the skull the whole time. and lied about it. and blamed other countries for it's disappearance.Stalin was a huge tool. The dental records match up exactly. Hitler's teeth were a rotten jagged mess. His breath must have been quite a thing.


Makes you wonder what else of the weird old stories of WWII veterans holds a grain of truth... IF this story is true at all.

abe froman
Hitler died. Stalin had the skull the whole time. and lied about it. and blamed other countries for it's disappearance.Stalin was a huge tool. The dental records match up exactly. Hitler's teeth were a rotten jagged mess. His breath must have been quite a thing.

How can we certify the dental records were genuine ?


The dental records match up exactly.


In the documentary I saw they also matched them up with photographs of Hitler. You would think a world leader with so much power would get his teeth fixed.


There's this cool new internet thing called Google, you have just got to try it!


In the documentary I saw they also matched them up with photographs of Hitler. You would think a world leader with so much power would get his teeth fixed.


That depends on who's "fixing" things


was there ever a real picture of his skull?


Does this mean we can kick his stupid ass again?
edit on 7-1-2014 by randyvs because: (no reason given)


They showed photographs of Hitler while he was alive to demonstrate his jacked up teeth and they showed the skull as well as the dental records and talked about how he was probably in constant pain because of the poor condition of his teeth. Pretty sure it was on The History Channel.


How do you know it was the real Hitler he had many doubles, because the TV told you so? 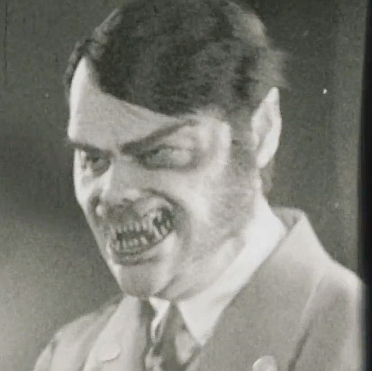 In all seriousness though I'm looking into it but so far all I can find is perfect photoscanned supposed copies of his dental record, thats not convincing enough for me. Do you have a direct link? 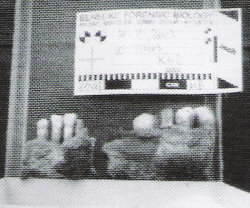 He was born in 1889. So, even if he did escape, and also escape attention for all his following years.... and thus not creating any more problems.... at this point...... who cares? No way he's still alive.... UNLESS!.... all those sci fi movies about Nazis in Antarctica or the Hollow Earth, Immortality and Alien Aid.... HITLER LIVES!!!!!!!