Pictures of Ghosts: Caught in a California Home - Real, or not?

posted on Jan, 6 2014 @ 07:38 PM
link
Ello ATS, long time no see.
Just dropping in to add this little video right down below, it seems pretty recent.
Apparently and older couple have been experiencing hauntings, and decided to take some pictures around their home.
Apparently this is what they produced from the cameras.
In the video:

A) A bust of a man inside of their closet, it for the most part being transluscent.

B) A disembodied face in a doorway, very clear picture.

The video uploader seems pretty convinced, but maybe we can solve whether these pictures have been altered or not?


Second shot is rather creepy. 1st shot, I have to ask why the old guy is hanging around in a closet in the bathroom, pervert.

posted on Jan, 6 2014 @ 07:53 PM
link
The uploader of the original video doesn't name a source. Unless you count the "Very credible people".

Here are the images for further dissection, taken from the facebook page attached to the YouTube video. In my opinion, this is an obvious hoax, but here we go! 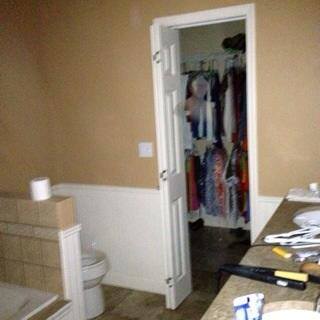 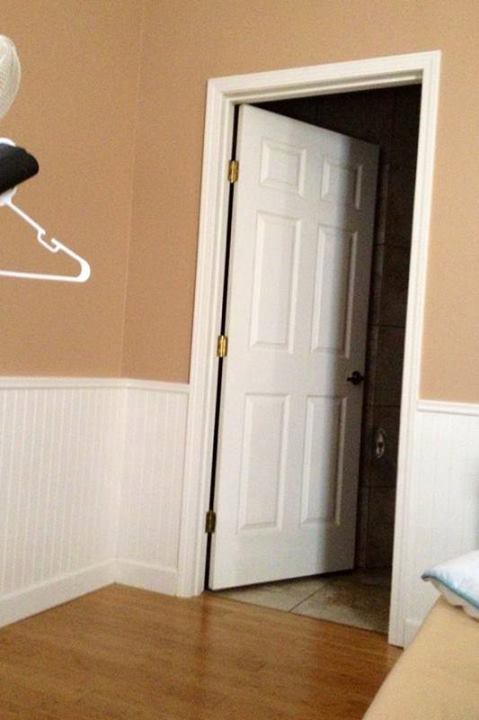 kind of a small face


Not to mention when you blow it up that much, you can clearly see a square outline around the head (especially at the bottom) indicating it was pasted into the original image, and rather poorly at that.

Hmm could be wrong.

PheonixReborn
They look very badly Photoshopped to me.

I was going to mention something like photoshop as a probable cause. Even if it was a video recording of a ghost appearing it would still raise doubts in my mind. The second shot looks like a womans head, hard to see any other body part which is strange.


I'm about 99% positive that both pics are the result of ghost apps for either iphone or android. I can check the android ones to see if I can find the one used. Maybe someone else can check the iphone ones? 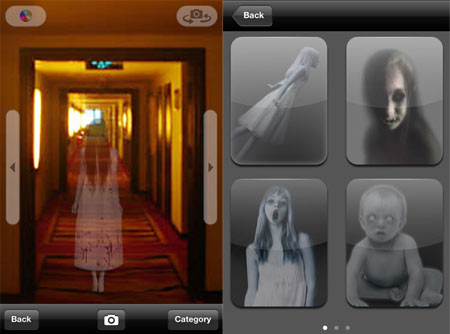 
Haha. There's been quite a few of the pictures using the app lately. Funny how people amp it up as if its real. Makes me wonder if people really are that naive or just really bad trolls.

dreamingawake
A) A bust of a man inside of their closet, it for the most part being transluscent.
Added in, looks bad TBH.


dreamingawake
A) A bust of a man inside of their closet, it for the most part being transluscent.
Added in, looks bad TBH.


lol unfortunately have seen that one too many times.

dreamingawake
I actually found it's app:

People never get enough credit for this type of work.


Good job finding the picture. I had a feeling this was some app, but I like to give people the benefit of the doubt sometimes.

The problem I found was that there was no original source stated whatsoever.

posted on Jan, 12 2014 @ 05:14 PM
link
Why is someone claiming this is "an obvious hoax?" And why is someone else claiming this "looks badly photoshopped?" What makes this so obvious that it is a hoax, and what about it specifically looks photoshopped? I hate those types of comments, where the poster doesn't elaborate at all, because it makes it sound as if you are just hiding your disbelief behind the guise of a rational argument. If I am wrong, then elaborate, like you should have done in the first place.

With all that said, this could very well be a hoax. I don't know. But it "could" be real as well. I don't see anything about it that is "obviously" fake. And for those making fun of the fact that his only source is "very credible people," what else do you expect from the guy? I wouldn't expect someone to put up private information regarding people who probably don't want their names attached to the evidence, considering there are so many people out there who ridicule those who have strange experiences, with or without evidence.

These self-styled skeptics, who are truly disbelievers in reality, will claim they want to see evidence, but when any evidence is provided, it has already been dismissed by them before the've even seen it. That is the feeling I got from those I was quoting above.

posted on Jan, 13 2014 @ 06:43 AM
link
I think we've finally reached a level of widely available technological sophistication that's made it literally impossible to ever prove the existence of ghosts or afterlife by means of empirical evidence. From here on, it's going to take working with existential basics, logical deduction, logical inference, and intense applications of ramification theory to determine the validity of post-corporeal human conscious awareness. Photos, video, audio, and personal experience just aren't reliable methods of documenting this sort of thing anymore.

They may be fun to share, or cool keepsakes for some people, but photos, EVPs, and video clips are worthless as evidence now. Technology giveth and technology taketh away. Time to work out a new verification protocol that doesn't involve observation or human perception in any sense whatsoever. That is, if what's being pursued is verification of a phenomenon's authenticity.

Maybe you should read all the thread before you comment?......then you would know why it is a hoax.