An American Airlines flight between San Francisco and New York was forced to make an emergency landing in Kansas City on Sunday after a device was found "ominously taped" to a bathroom wall. The device was initially thought to be a flash drive, but after investigation, appears to be "a camera disguised as a flash drive." 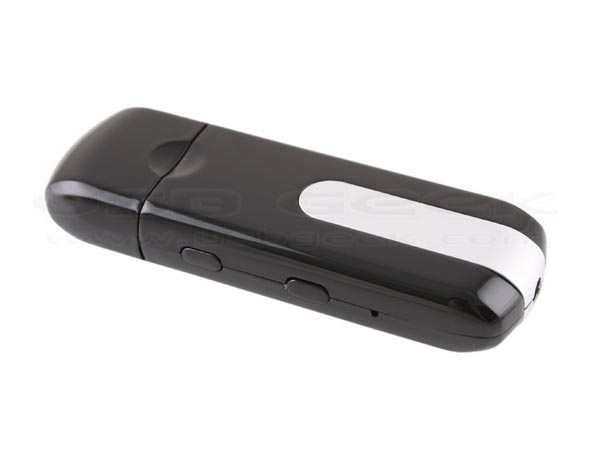 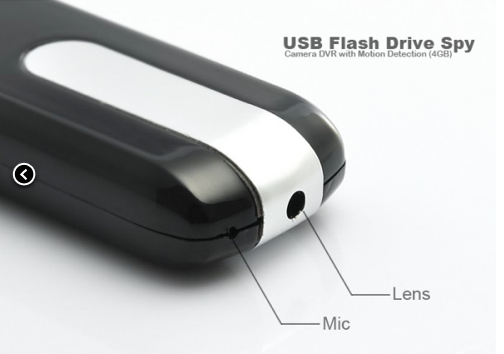 Originally the story was about a flash drive that was found. After some development it came out that it was a USB camera. I performed a Google search for "Flash Drive Camera" and this device looks like it may have been the one officials have found.


McBride says the Boeing 767 was taken to an area away from the terminal and was being searched. The 227 passengers and crew members were evacuated. McBride says it is "a new day and age since 9-11" and that officials take precautions if something is deemed suspicious.

posted on Jan, 6 2014 @ 03:57 PM
link
It probably belonged to another pervy passenger. I would imagine it would be almost impossible to nail down the person responsible unless they are able to match fingerprints.

Not the best hiding place. So before it's reported as a terrorist plot let's just sit back and think about who REALLY planted it.


Wow. Good find. I thought it a bit extreme they landed and evacuated the plane over a USB flash drive.

Is this national security or some perv who wanted to watch people in the bathroom?

Really land the plane and evacuate all of those people over this nonsense?

What happened to common sense and good judgement?


I dont see the connection between some perv recording people on the toilet and an emergency landing.

If somebody has a stinky fart on an airplane it's considered chemical warfare.

"Land the plane I smell a strange odor!"

posted on Jan, 6 2014 @ 04:16 PM
link
It appears that they didn't identify it as a camera until later. A USB taped to the wall is suspicious enough to land the plane ASAP in my opinion. Would you be the one with the nuts to just go in and rip it off the wall unidentified. Not me.


Can you get through security with a USB in your carry-on?

I'm asking because I'm not sure.


I dont think they are considered dangerous. Many people work on their laptops while flying.


That's what I thought.

I think my point is made.

Every time somebody drops a phone or a set of keys or leaves a flash drive in a bathroom we do an emergency landing?

Is the damage already done?


Can you get through security with a USB in your carry-on?

I'm asking because I'm not sure.

Heck, there is so many tech gadgets out there today it's a wonder how security would even spot a threat if there was one. Thank god there aren't any!

I mean wait… there must be tons with all that security.

It's hard to say. The TSA was unable to provide any comprehensive data covering all nine years of its existence on short notice, but it does publicize incidents on a weekly basis: From Nov. 8 to Nov. 14, for example, agents found six "artfully concealed prohibited items" and 11 firearms at checkpoints, and they arrested six passengers after investigations of suspicious behavior or fraudulent travel documents. (Those figures are close to the weekly average.) It's not clear, however, whether any of these incidents represent attempted acts of terrorism or whether they were honest accidents. (Whoops, forgot I had that meat cleaver on me! Or, I had no idea flares weren't allowed!)

Citing national-security concerns, the TSA will not point to any specific cases in which a screener stopped a would-be terrorist at a checkpoint.

Just so you know, I came here to talk about the ridiculousness of landing, but once I gathered the facts I realize it was the only prudent thing to do.

Any nonstandard piece of equipment that is left in a remote area of the aircraft, let alone actually attached to the interior pressure wall is going to be investigated. They have no idea that it contained a camera inside, or what it was. You cannot look at something and positively discern what it contains on the inside based on its exterior shell. That is why things are x-rayed by airport security. Its also why they make you turn on your electronics to prove that you have not removed the 'guts' and concealed something else inside them.

posted on Jan, 6 2014 @ 07:34 PM
link
It was probably all over a couple of fools trying to videotape themselves joining the "mile high club" and forgot to take their camera with them after they were finished.


I dont think they are considered dangerous. Many people work on their laptops while flying.


and that is why a USB stick would make a perfect delivery device or trigger for something else.
I absolutely think they did the right thing and I would be saying that if I was on the plane.


yeah well you could say that about any item at all. There's not much you couldnt hide a trigger device in.

peter vlar
It was probably all over a couple of fools trying to videotape themselves joining the "mile high club" and forgot to take their camera with them after they were finished.

Nah, mile high club members place a HD cam on the sink, (and once in a while forget it there)

Most likely some perv at work.

Had that happend on my flight the cam would have been in my pocket for the rest of the flight, and handed over to the police at destination.

With some luck the perv would have taped himself when he taped the cam to the wall.


What happened to common sense and good judgement?