posted on Jan, 3 2014 @ 05:42 PM
link
10-15 minutes into the new year 2014 (12:10 am'ish), as I gaze out the upstairs window from the bedroom looking out across the sky, the fireworks have come to a halt when all of a sudden I notice five bright red lights flying East at a very slow pace. I was looking West. I had opened the window and pulled down the screen so I could get a better look. I tried using my phone to video the lights. Lame no way... Three of the lights were in the shape of a triangle while the other two were trailing behind. The first thing that came to my mind was a Stealth Bomber followed by one or two jets. My eye sight towards the objects would have been more at 45° angle from the 2nd floor looking up as it flew towards me slightly to the South of me.

I was completely sober and alone sadly... My girlfriend was snoring in bed. There were also no out of the norm sounds, no sounds of jets passing by or helicopter blades or anything... and as stated they were not fireworks...

This first picture is what I saw, drawn out on Photoshop, since the camera on my phone is a pos. 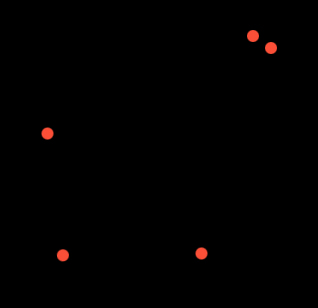 This is what I thought of as soon as I first saw it, except the two jets would be flying behind in close formation or maybe it was only one jet with two lights. (which might explain the turning theory from my angle) 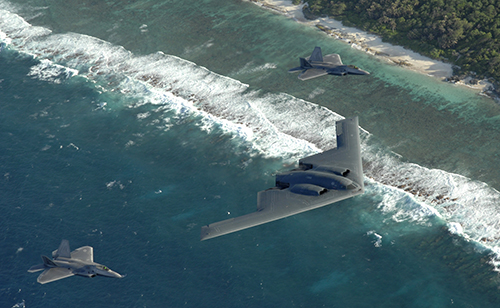 I really really wish I had a camera that could take photos of the night sky better than anything I have. Especially one to see things somewhat close, as I had plenty of time to do some recordings.

Just before the lights disappeared, three of the lights went black first, then the remainder of lights shot straight up moments later. (or so it looked from my angle) 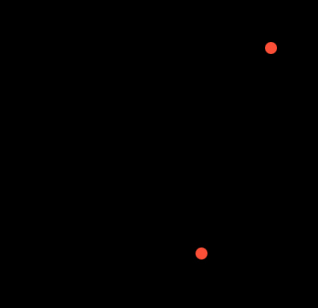 I shared my sightings with a couple friends and a co-worker. The next day my co-workers gives me this link which talks about the sightings in California around the same time. I have no idea if there any relation or not.

Well, that's my UFO story for 2014.
I've only maybe seen things in the past, but this experience was huge.
edit on 1/3/2014 by wyldwylly because: (no reason given)
edit on 1/3/2014 by wyldwylly because: Removed bdp ((meant bpd) borderline personality disorder) from my statement as it is irrelevant to what happened and I'd like not to get off topic.

Zeppp
What does "BDP Girlfriend" mean?


My second edit tells all... any thoughts on the actual event?


My thoughts exactly. I obviously wasn't present when this happened but I've seen Chinese lanterns passing overhead in a formation and this sounds just like them.


I'm pretty sure it wasn't Chinese Lanterns, but thanks for your thoughts.
However it could have been. Just likely not as how the formation was flying.


Time date description all point to Chinese Lanterns please dont make an assumption on formations etc it all depends on wind speed etc at the height they are.

posted on Jan, 4 2014 @ 07:53 AM
link
I'm pretty certain they're Chinese lanterns. We had them flying here all over the place as well on old/new years days. They can take all sorts of formations (line up next to each other, behind each other, even a triangle) and be different in speed.

Last old years evening there was at one point a Chinese lantern flying so fast and high in the sky, that for a moment I've sworn it was a meteor.

The first time my father saw a 3 Chinese lanterns flying close to each other he though it was an UFO as well, until he took out the binoculars and noticed the small lit candles :p

PhoenixOD
I hate to have to say it but they sound like Chinese lanterns to me.

I saw you mention in another thread Chinese lanterns. In '97 with friends, we saw two orange/red lights just hovering over the city at 5 am. Then one accelerated with lightning speed. Just went ZIP from point A to point B and stopped on a dime. The second one then did the same thing except it zig zagged. It shot one direction, stopped, shot the other direction, stopped and then paired up with the first. They then just calmly flew east together until they were over the buildings and gone out of sight.


What do you think they were?