posted on Jan, 2 2014 @ 08:26 AM
link
Ok, I like this Pope and I`m glad for so many articles about his refreshing ideas and attitude. I can even agree that he may be considered one of the persons of the year (2013), but this is insanely ridiculous....

An unconventional choice to be sure, but hear us out.

While Bradley Cooper, Chris Pine, and Joseph Gordon-Levitt have all had banner years, their sartorial choices begin and end on the proverbial red carpet. Meanwhile, Pope Francis's sartorial decisions have subtly signaled a new era (and for many, renewed hope) for the Catholic Church.

"His mode of dressing really does reflect the mindset behind it," says Mark-Evan Blackman, assistant professor of menswear design at FIT, of Pope Francis. "I remember when John Paul II was buried in those opulent bright red shoes. When the current pope was elected and chose not to wear the red shoes I thought that was very reflective of his approach to being a person functioning in a role."


DIscussions of fashion are always ridiculous.


You would change your opinion about George Clooney, after you see me wearing one of my pajamas, lol
edit on 2-1-2014 by CosmicDude because: (no reason given)


G,day mate. i'm with you . how can a bloke in a dress get the award for best dressed bloke. NUTS.
I know we are not supposed to do one liners but i am lost for words. Well maybe not.
silly bloody galahs.


Hahaha, thanks for the chuckle.
Back on topic I think it's hard to say because I find suits very handsome on men, but someone else might like the rocker look. I really have no clue how they came up with Pope Francis though.

Gosh, you are right, thinking of it now, he is actually wearing a dress.
That is even weirder then.

posted on Jan, 2 2014 @ 08:58 AM
link
It was probably a 'hat tip' to the man because he's 'dressing down' .... He gave up the papal red leather shoes and wears his old black cardinal ones and his white outfit is unadorned and simple compared to previous popes. It's probably for that (I'd think) ...


That clears it up a little.
Thanks.

So it was just a nice gesture.


So now manhood eg in the form of the best dressed, wears a frock and a fish-head hat - Oh dear!


Yes, this can only be a symbolic choice, otherwise they`d choose me, lol 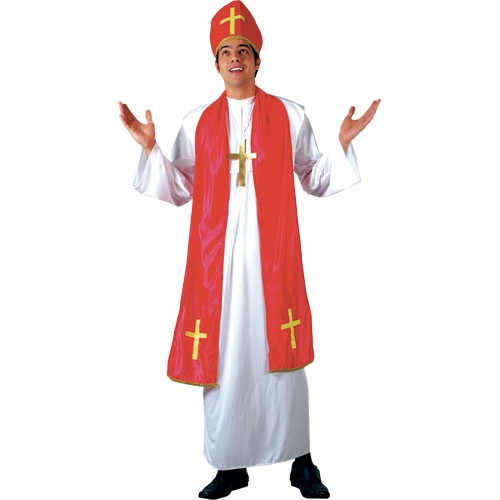 FlyersFan
It was probably a 'hat tip' to the man because he's 'dressing down' .... He gave up the papal red leather shoes and wears his old black cardinal ones and his white outfit is unadorned and simple compared to previous popes. It's probably for that (I'd think) ...