posted on Jan, 1 2014 @ 04:31 PM
link
It's about time to kick this "Special relationship" to the curb, it benefits Israel at the expense of Americans. Of course all the "Bought and Paid For" Congress, MSM and other traitors will be calling "Antisemitism" before it ecven gets started..it's a good first step for America to rid itself of this Parasitic relationship. 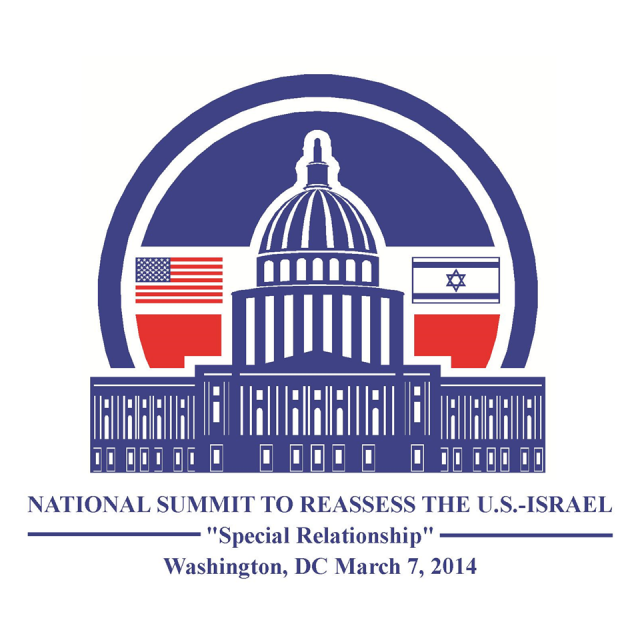 This one-day, nonpartisan symposium will examine the impact of the U.S.-Israel relationship on Americans. Speakers and attendees will include military, diplomatic, intelligence, academic, governmental and economic experts, as well as former and current Congressional representatives.

US financial, military, and diplomatic support for Israel has grown significantly and steadily throughout the past 60 years, and now dwarfs American assistance to any other nation.

Recent surveys indicate that the U.S.-Israel “special relationship” is a major factor in hostility towards Americans. Some experts further suggest that concerns for Israel have been central to our waging of wars in the Middle East. Indeed, Rep. Walter Jones (R-N.C.) recently delivered a letter to President Obama in which he warned that any military action taken against Syria or Iran without first obtaining Congressional authorization is an impeachable offense. Yet despite such concerns, Congress has never comprehensively evaluated the role of Israel in promoting these causes, nor has it ever examined the impact of Israel’s influence on our overall national security and international standing.

posted on Jan, 1 2014 @ 05:00 PM
link
While this singular event will not change policies overnight, we anticipate that it will play a significant role in raising awareness and, in due course, changing the national discourse on this important but largely ignored topic.


I wonder how would pro Israel Christian evangelicals with their dreams of Armageddon would react?

rigel4
Hope it works.. I really dislike Israel and
What it has become.😠😠


Their reaction is not so much about Armageddon but their error in scripture referring to being blessed if they bless Abraham's seed. Unfortunately for them, modern day Israel is not Abraham's seed so no blessings will be coming their way. They also think Israel is the country but forgot to read Genesis and Jeremiah where they are told clearly that it is not a country but a people and the Jew's are not Israel as a people or country.

The US needs to divorce itself from modern day Israel as there is nothing good that can come of it by sticking with them. The American people are shackled with a burden that they did not ask for or need and it is high time they got rid of the leach.
edit on 1/1/2014 by pstrron because: structure


And how are we to determine your interpretations over others? Based on What? I have a great deal of curiosity that the council of Nicea would see OUT of the 'accepted " book of the bible the "King James" bible is the one I was raised with as a methodist..and I don't trust Kings either not to twist the scripture.
So what are YOU selling?

And how are we to determine your interpretations over others? Based on What? I have a great deal of curiosity that the council of Nicea would see OUT of the 'accepted " book of the bible the "King James" bible is the one I was raised with as a methodist..and I don't trust Kings either not to twist the scripture. So what are YOU selling?

First of all not my interpretation, Israel was the 10 northern tribes and Judah was the southern two. Based upon what, the KJV. As for selling, nothing in this forum, but I do have a new 40 meter yacht for sale should you be in the market for one.

14 And Israel stretched out his right hand, and laid it upon Ephraim's head, who was the younger, and his left hand upon Manasseh's head, guiding his hands wittingly; for Manasseh was the firstborn.

15 And he blessed Joseph, and said, God, before whom my fathers Abraham and Isaac did walk, the God which fed me all my life long unto this day,

These verses let's you know that Ephraim's and Manasseh's descendents were called Israel.

8 And I saw, when for all the causes whereby backsliding Israel committed adultery I had put her away, and given her a bill of divorce; yet her treacherous sister Judah feared not, but went and played the harlot also. Jeremiah 3:8 KJV

By the verses in Genesis and Jeremiah it is very clear that Israel is not the present day country nor are they the so called Jews. The term "Jew" only refers to those of the house of Judah.

Since the Christian Evangelicals believe they will be blessed if they bless Abraham's seed they need to figure out who or even where the seed is. DNA has proven that the Jews in modern day Israel are of Khazarian descent and not Jews at all other than following the Jewish Talmud. This makes them "Jews" by religion and not by blood. So no blessing for supporting them.

Why therefore should the US continue to back a group of people who say they are Jews but are not? Even the Evangelicals have no biblical standing to support them so why continue? The only reason that the US would keep supporting them is purely political and for military reasons if not mineral resources. Actually it looks like a very bad return on investment for the US and a nice cash cow for Israel at the US people's expense. Don't you think it's time to cut the cash cord?


Well, first of all I think this is a positive move by the government of the USA. To at least talk about the situation is a good first step anyway.

Also, I think it is very important to note that to believe that too much support is given to Israel, is not the same thing as saying that too much support is given to Judaism. It is not the responsibility of any government to support people of any particular faith, but it is the job of governments (or more accurately, the people of a nation) to decide which foreign powers they wish to be strategically involved with.

Currently, the news feeds out of Israel have been pretty damned quiet, aside from some unfortunate issues surrounding the health Ariel Sharon that is. However, it was not all that long ago that everyone was pretty peeved with the nation of Israel, due to constant land grabbing on the part of settlers and the government, the way security forces dealt with humanitarian vessels trying to reach Gaza, and the bullishness and pigheadedness with which their foreign policy was being administered.

Personally speaking, I think it is high time the USA, and indeed many of Israels other international partners, reconsidered their support of Israel, in the face of the constant failures of that nation to comply with international law on several key points (one of the examples of which, would be the use of white phosphorus in populated areas:
www.hrw.org...
...which is a big no no). There have been some stark double standards coming out of the relationship between the US and Israel, and I think it is high time something were done about that.

Rightly or wrongly (mostly wrongly) it has been the USA which has attempted to police the world, getting involved in all sorts of nonsense, all over the planet, often based on little to no solid evidence, but rather on the word of "reliable intelligence sources", which resulted in the War on Terror, the Iraq balls up (where none of the rumored chemical weapons and assorted WMD tech was ever recovered), and which largely failed to bring any justice what so ever (with the odd exception of people who were iced by drones in the middle of wedding celebrations, which caused vast collateral damage, or in the case of the former most wanted man on the planet were hiding out in PAKISTAN, a nation which was never technically invaded as part of the War on Terror), but did crap all over the civilian population of every country it has touched thus far.

But Israel has been caught red handed doing unmentionable and unimaginable things to innocent civilian Palestinians, breaking various international rules on the use of various weapons, held an entire city under siege and watched as its people starved, froze, and variously died/were killed, then shot people who were trying to help.

The government of the USA, no matter who is in charge of it in a given year, likes to come across in the news, as a frustrated paragon of virtuous behaviour. It advocates democracy, it advocates peace, and although most of us realise that these are vast hypocrisies on the US governments part, if it wishes to keep up the thin pretense of decency and fairness that it would like to think that it engenders in people, then it has got to up its game and treat Israels government as firmly as it would any other nation guilty of such things.

But to a greater degree, the relationship between these two nations needs to be examined and re-imagined, because the people of the USA deserve a government which is only accountable to the people of the USA, a government which has no responsibility to foreign concerns outside its own borders, a government which cannot be influenced by persons from outside the electorate, and owes nothing to anyone apart from the citizens of the nation that it is supposed to administrate on behalf of. It is pretty clear that if that ideal situation ever existed, it certainly does not at the moment.

And these things I have raised here, are not even being held up as the official reasons for this re-assessment being enacted at this time. Those reasons have rather more to do with the way that being a buddy to Israel makes a target out of anyone wearing stars and stripes (although to be frank, the US government makes a target of its citizens without the help of Israel, but I suppose its a cover story that will at least out fox the Fox generation of armchair pundits).

But to be totally realistic here, this re-assessment is not going to result in action, and even if it did, the government of the USA would still be on a very long road to a position of unanimous respectability in terms of its own actions, and its choices in terms of international partners. There are more rotten apples in the barrel than can be addressed in such a narrow discussion as the one referred to in the OP, but as I said at the beginning of my response, this is a positive move, a good first step.

May it be the first of many.