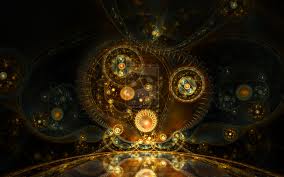 We are all familiar with the knowledge that our day time lives influence our dreams. How many times have you woken from a nightmare after watching a horror film? Or had a dream where you are falling out of control, just after a terrible job interview?
So life influences dreams, agreed? But what if dreams could be taken from us, back into life? What if someone else could take our dreams from us? As that is purely the realm of science fiction, we shouldn’t worry...should we?

A Japanese team have been studying exactly that. Earlier this year:

“Professor Yukiyasu Kamitani, from the ATR Computational Neuroscience Laboratories, in Kyoto, said: "I had a strong belief that dream decoding should be possible at least for particular aspects of dreaming... I was not very surprised by the results, but excited."
The team used MRI scans to monitor three people as they slept.
Just as the volunteers started to fall asleep inside the scanners, they were woken up and asked to recount what they had seen.
Each image mentioned, from bronze statues to keys and ice picks, was noted, no matter how surreal.
This was repeated more than 200 times for each participant.
The researchers used the results to build a database, where they grouped together objects into similar visual categories. For example, hotel, house and building were grouped together as "structures".
The scientists then scanned the volunteers again, but this time, while they were awake and looking at images on a computer screen.
With this, they were able to see the specific patterns of brain activity that correlated with the visual imagery.
Dream machines?
During the next round of sleep tests, by monitoring the brain scans the researchers could tell what the volunteers were seeing in their dreams. They were able to assess which broad category the images were in with 60% accuracy.
"We were able to reveal dream content from brain activity during sleep, which was consistent with the subjects' verbal reports," explained Professor Kamitani.
The researchers now want to look at deeper sleep, where the most vivid dreams are thought to occur, as well as see whether brain scans can help them to reveal the emotions, smells, colours and actions that people experience as they sleep.


Dr Mark Stokes, a cognitive neuroscientist from the University of Oxford, said it was an "exciting" piece of research that brought us closer to the concept of dream-reading machines.
"It's obviously a long way off, but there is no reason why not in principle. The difficult thing is to work out the systematic mapping between the brain activity and the phenomena," he explained.
However, he added that a single dream-reading system would not work for everyone.
"All of this would have to be done within individual subjects. So you would never be able build a general classifier that could read anybody's dreams. They will all be idiosyncratic to the individual, so the brain activity will never be general across subjects," he said.
"You would never be able to build something that could read other peoples thoughts without them knowing about it, for example."

Thank you for allaying my fears with the inclusion of that last suspicious sentence, Dr. Stokes. That wouldn’t have necessarily occurred to me otherwise. 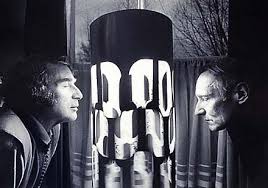 I’ve been pondering this subject for the last couple of days. Does it matter? Is it an intrusion too far?
So far the only way anyone will be able to read my dreams is if they squeeze me into an MRI scanner ( you’ll have to catch me first, gentlemen) and then what? Scientists will be engulfed in a heady mixture of Graham Greene, spring bulb catalogues, mythical creatures and the Ramones. Help yourself, boys. 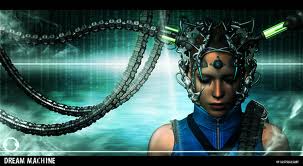 But it has led me to this dilemma, which I hope ATS can help to answer, before your brain melts through your eyes from too much Christmas T.V.: ‘Is it ever ok to take someone else’s dreams?’


Interesting story, although I really do not like the "tone of voice" in which the OP is written.

Why always paint the dark picture? It is a neat little scientific experiment (not more) and far from actually decoding dreams, but why the doom and gloom?

So, thanks for sharing and please refrain from the "dream stealing" paranoia in the future.

The experiment in itself was quite fascinating though. I will try to find a bit more hard info on that.

It is a neat little experiment, with more research to follow, I believe. I think the aim is to further our understanding of both how the brain processes language, and the purpose of dreams.

I'm fascinated by both of these areas, but perhaps cynical as to how often new developments can be used against humanity. I wondered where the military might take this, too. I wondered about the sanctity of our dreams as our own private world.

But I'm interested that you see this as a positive step, and glad you stopped by to let me know.