posted on Dec, 18 2013 @ 09:35 PM
link
It appears that Moller has a fundraising campaign on a site called Indiegogo. Moller is hoping to complete its first untethered test flight of its M400X Skycar, and for a small contribution; as low as $25, people can become a part of this event.

I wish I had've known about this sooner.


I wondered how long it would take him to hit the Indy sites. Moller is a pariah to all things aviation and honorable. He has been pulling the "fund my lifestyle" card for 25 years....

So really I hope you are being sarcastic when you say you wish you had known sooner. Most everyone knows the SkyCar scam.


that thing looks as aerodynamic as a bumble bee


I know that Moller has been developing his flying car idea for a long time like 30yrs or something but I didn't know it was a scam. I'd never heard that before. Oh well, "food in my face........"

No biggie ( : Moller would tell ya otherwise I am sure. There are much more noble endeavors on those site. The Velo-Coptor being one of them.

posted on Dec, 18 2013 @ 09:51 PM
link
I bet he's really feeling some pressure now from the sudden rise of electric multicopters such as this one:

posted on Dec, 18 2013 @ 09:57 PM
link
The only pressure Moller feels is his rent bill. Since people started producing (not just talking about) real flying machines he is a wee bit off the back. I have no respect for the man.


He claims to have done test flights with a fully operational skycar vehicle. He did mostly tethered flights he says. Is there video of this claim? I would make a video of my successful flights as to attract investors. I would also show the evidence of my working with the FAA on the regulations for such a flying car. I have heard him on coast to coast at least twice in about 6 months. Does he have proof of concept?

I had no idea either. He's a good talker for sure..

Clicking on his tab marked videos on his page leads to links that sell things with no videos to be had. The first link is an electric car company. The second link is selling ALMOND BUTTER...
The third "video" link goes to a boeing error page, but was supposed to be "Release on pilot ratings awarded for a new powered lift category" so that sounds bull too... 4th link goes to another dead link supposed to be boeing again, but links to skyaid.org

Here is the best I could come up with from the site... 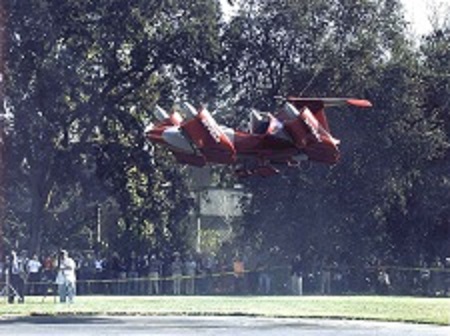 posted on Dec, 19 2013 @ 01:30 AM
link
reply to post by Dustytoad
If you were to go to his site: Moller International
Then just click on the video tab (ignore the drop down menu) It will take you to this page:
Moller International videos
Hope that helps.