Are ALL Politicians Manchurian Candidates.

I am very serious about this. Why are practically ALL politicians so bad?

Is it merely human nature, the nature of the vain, egotistical, selfish lower nature of humanity, or is some sinister force at work here.

Has some of the occult MKULTRA research in the past produced some kind of Manchurian candidate drug that they somehow administer to ALL newly elected officials?

All that occult, nefarious research by all kinds of secret groups, MKULTRA, Montauk Project, Project Monarch, and many, many other mind control endeavors,
may very well have created something that the elite PTB are controlling ALL the politicos of the major powers in this world.

Perhaps a water fountain at the UN?

Bottled water in the Congress is spiked? 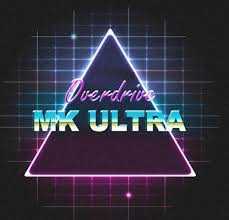 Indeed that may be the BIG SECRET.
Maybe they understand the obvious… that if you control the top then the bottom follows.

I know this is speculation but the degree of depravity and evil of the political powers is so acute that is it possible something real deep is occurring right before our eyes.

I know from being a life long conspiracy researcher there are myriad theories along these lines but is there any degree of reality to any of them?

Particularly related directly to politicians, this may be beyond the theories about HAARP and other macro conspiracies.

Are we missing something and is that something that they have developed some kind of Rosetta stone of mind control that they administer to the political leaders ONLY.
And thereby creating a race of Manchurian candidates for life!

I'd like to think most politicians start off their career well meaning enough but due to having to tow a party line and getting ingrained in political backscratching, lobbying and getting one over their opponents, they soon seetle into the 'vipers nest' we here call parliament.

There are those (majority) who are in it for the power, and only get worse once elected and as they are re-elected.

There are those who (initially run because they) truly want to do something good within the political process, but A) they get corrupted by the new power/position/privileges they're in and getting (lobbying, favors, travel, etc) and/or B) they quickly learn that you HAVE to play ball according to the way things are structured and played covertly/under the surface. If you don't, you're history. I am reminded of Mr Smith Goes to Washington, and I think that is EXACTLY how things are.

You play ball, and enjoy the privileges and benefits that come with playing with the team, or you're out. And they won't throw you out nicely. They will use everything they can, real or imagined, including assassination, to see that things operate like they're supposed to.

That's how I see it as the only way to understand why all politicians are or end up being utter sleazeballs.


Ok here is the truth, try to take it in. Politicians seem to be all bad, because the system of politics that we all live in does not leave them another choice. Democratic politics is about finding compromise, about finding common ground.

Democratic societies do not allow for radical change. Therefore even the good politicians who really want to change healthcare, education or anything else, fail with these projects due to compromises they have to make.

It´s not that they are all controlled, or are all evil. Most of them truly do the best they can. But if you manage to write a great bill that could potentially improve the country, then the opposition will tear it to shreds and talk holes into it that aren´t there.

You then have to rewrite the thing a few times to make everyone happy and in the end you have a bill that doesn´t really change anything, because it´s a compromise.

And there is nothing we can do about it. The alternative would be a single leader, but we had that in our past already. With mixed results I might add.

So there you go. They aren´t all evil, they just have to work within the system. And looking back in the past, we could be doing a lot worse.


I think that's an entirely logical question to ask. It's more likely that it's the process that molds them all to seem alike though. They may start out unique and genuine, but the whole getting elected and raising money end of it slowly turns them into mostly the same person.

It's truly hard to distinguish one side from the other and I think viewing them as the same is more enlightening than picking a side.


I think that's an entirely logical question to ask. It's more likely that it's the process that molds them all to seem alike though. They may start out unique and genuine, but the whole getting elected and raising money end of it slowly turns them into mostly the same person.

It's truly hard to distinguish one side from the other and I think viewing them as the same is more enlightening than picking a side.