30 or so Logical Questions about Sandy Hook. Logical answers would be appreciated.

posted on Dec, 16 2013 @ 11:53 PM
link
I realize that Sandy Hook has been a touchy subject here with MODS killing threads for whatever reasons.
Instead of filling a thread up with conjecture, I will just pose questions that seem very odd. I’ll do it this way because people see what they want to believe, and often times do not see what they don’t want to believe. If an ATS member has a logical answer for one of the questions posed, please, by all means, answer it for those who cannot see it themselves.

Without further ado, here are the questions (anomalies) that are deserving of a logical explanation.
For a bit of a novelty, I will give each question a number of STARS (1-5), depending on the weight of the question. Also, if some of you think that a few of these questions are absurd, do not disregard the entire body of questions. You may have a simple answer to the question that can be shared.

2). Why do people believe that this was NOT the way it was laid out? (***)
American Commentator Mike Harris claims Israel carried Newtown Massacre and operates death squads in USA.

3). Why was there a drill going on “AGAIN” that was dealing with the same kind of situation concerning “Children in Crisis?” May I remind you there was similar “Drills” during London Bombing, 9/11 Twin Towers, Boston Marathon, and Newtown.
(****)

4). Why were the people at the fire station traveling in circles and serving concessions? Why were the parents wearing laminated name tags? (****)

6). Why were some of the victims parents known actors? Could they have been government “Crisis Actors.” Robbie Parker certainly looked like an emotionless actor. Does this look a guy that just lost a kid? Watch the video if you haven't seen it. He clearly "gets into" character. 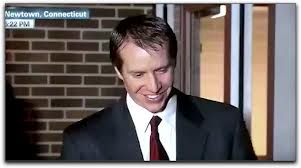 7). Why were there so many Grey and Black government cars in lot all pointing in same direction? [***]


8). Mark Tambascio, owner of the My Place Pizza & Restaurant in Newtown, which Nancy Lanza frequented, and a friend of hers since 1999, said a retired police officer instructed Nancy in the use of her firearms. This ex law enforcement officer is now employed with the witness protection service. Is this just coincidence? [***]

9). Why was the Medical examiner seemingly clueless to what type of gun was used in the murders? Why was he so weird? [****]

11). Why did the old man who supposedly took 6 kids into his home for 30 minutes not call the cops? Why did he have conflicting stories about a bus driver who supposedly just drove away? [****]

12). What happened to the guy that got caught in the woods with camo pants and black jacket on? The Arial view of the cops catching him was never shown again. There was also a man in the front seat of a police car in cuffs. What happened to him? [****]

13). Why were the school class pictures of MS. Soto digitally altered?

14). Why are all national media being banned from year anniversary of Newtown Shooting? Please don’t say out of respect, because media doesn’t respect anything. [****]

If you do not think that the News Media is all on the same payroll, just watch this…

15). With all the video cameras at Newtown School, why was not one still shot of anything published? Remember, we saw footage of the Columbine massacre. [****] 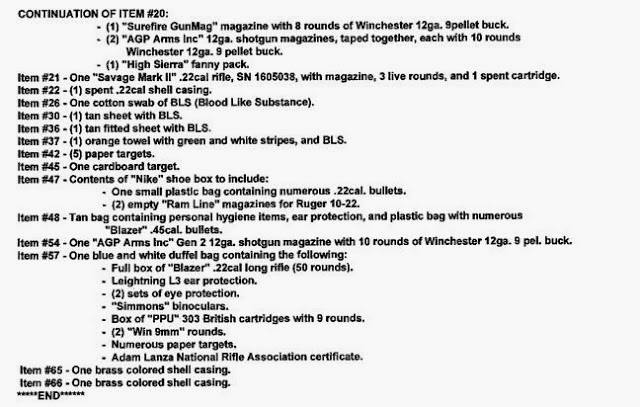 19). Why would Adam Lanza smash his hard drives? And there are forensic lab that can extrapolate a percentage of data. Why were they not sent to lab? [***]

20). Why is there an Amish Grace book on his table? Was he supposed to have gotten the idea for the massacre from that horrible tragedy in Amish Country? [***]

22). Why was the Governor's, in his bizarre press conference, saying, "we were warned in advance that something like this might "PLAY" itself out in our State". [****]

23). The guy who was interviewed and said that there was a guy in the woods with camo and that he was sitting in the front of the cop car was visited by Brendon Hunt from a local radio show who said he had no comment and that he doesn’t want the FBI to show up at his house for talking like the “other guy.” He was obviously afraid to say anything. Listen for yourself.

It’s the first 3 1/2 minutes of the video. You can discard the rest if you like. 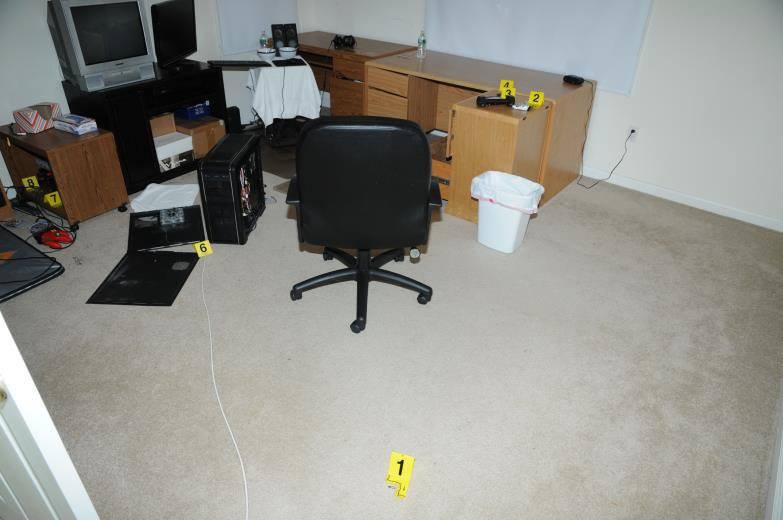 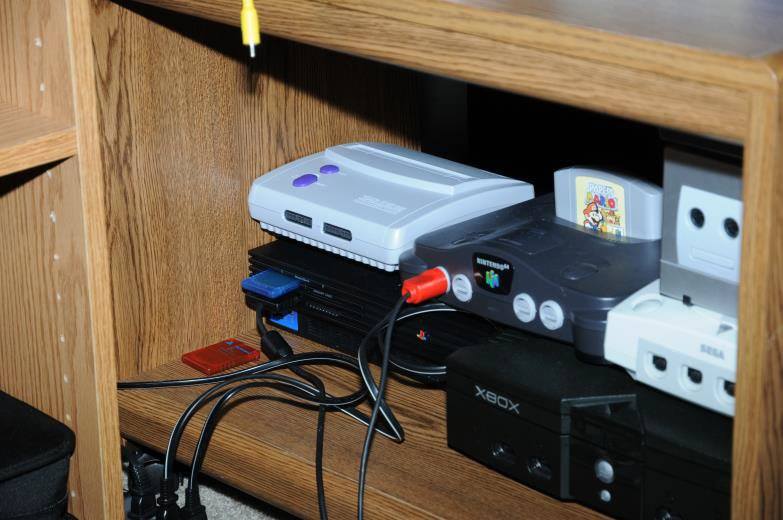 d. Why are there no violent games like the FEDS said he played? Just Zelda and Super Mario Brothers. [***]

However, if you notice these perfectly placed Games. 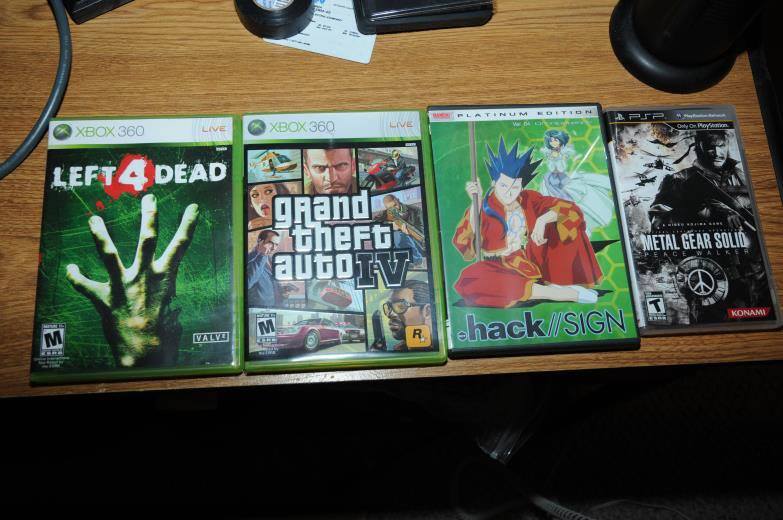 You will see that they are XBOX 360 games. They cannot be played on the old xbox that is in the picture. Where is the xbox 360? 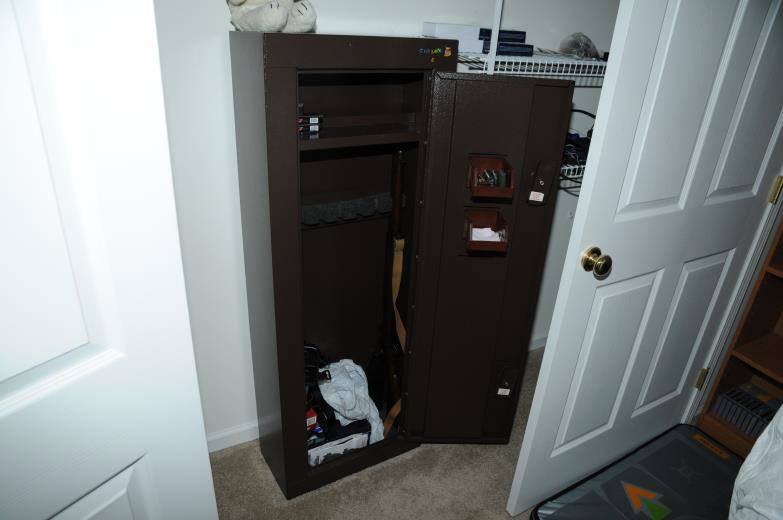 g. Why is the user guide for the BETA Mag Mirrored (reversed imaged)? Something very fishy there. [*****] 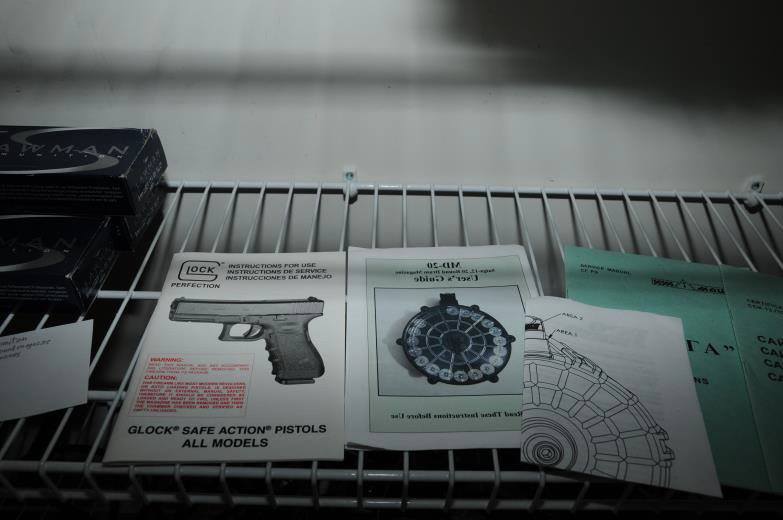 Why would the image be mirrored unlike the other two?

j. Why is his Newtown school badge located on top of everything? He hasn't been to that school in years. Plus, that is his HONDA key, right? 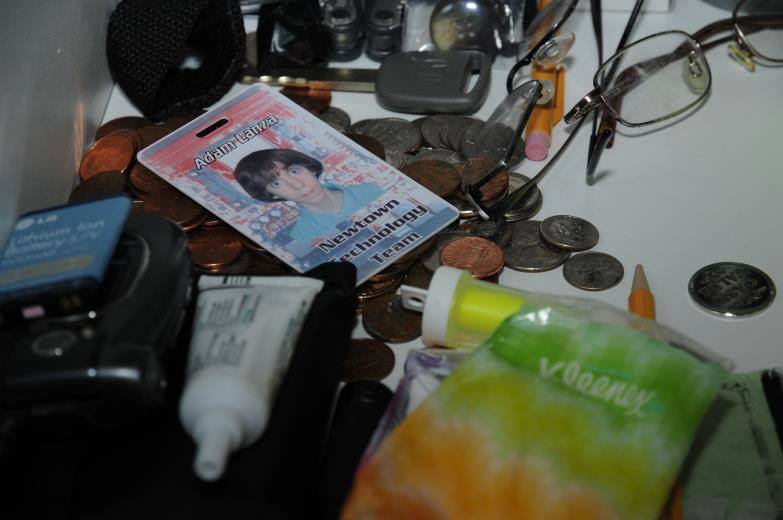 These are just of few of MY questions. I am sure others have their own.

I hope this thread can just stick to asking questions and giving logical answers to them.

posted on Dec, 17 2013 @ 12:14 AM
link
Why take the hard drives but leave the PC behind? There are nics with addresses inside it.
Why have they left the memory cards in the consoles? They could contain information!

Those pics of Lanza's room look as fake as the guy who laughed before going in front of the camera's.

I'd like to know why the police, when they got to the crime scene, removed the multiple black sweatshirts that were left around Lanza's car, closed all the car doors that had been left hanging open and moved the shotgun from the front seat to the trunk.

Aren't you supposed to leave a crime scene as-is?


Unless your leaving it "as it should be" for your purposes...


Could you post links to that? I would like others that consider your questions a direction to fact check.

EDIT TO ADD: I guess the picture in his photo ID could be his high school tech club badge.

posted on Dec, 17 2013 @ 12:59 AM
link
The only question that really matters and will never be answered:
Why did he kill children?


Great thread, and I've found it very strange how ATS kills Sandy Hook threads so fast. This is a place for debate on topics that don't quite add up, but for some reason they (ATS) must feel this is some open and shut case with no room for discussion... There are SO many things that don't add up with this story. Your 6th question has bothered me for some time now. Why is a dad who lost his child smiling and laughing before giving an interview?? If I just lost my young child tragically to a crazy gunman, I would be devastated I would have red eyes from constant crying I would not be able to talk to media, nor would I want to... It just doesn't add up and to see him have that BS grin on his face just seconds before "turning on the acting" bothers me and I don't believe him for one second... Just my 2 cents.

posted on Dec, 17 2013 @ 01:05 AM
link
Who decided ALL the children were dead?
Emergency responders have stated that even they are not allowed to pronounce someone dead, they have to take them to hospital and while on route they continue to try to revive them. Yet on that day the entire area was sealed off and ambulances etc were not allowed in, so who decided all the children were dead? The police are NOT medics so they dont have the knowledge to pronounce some as being dead, yet on THAT day it seems they did!

The Dunblane school massacre occurred at Dunblane Primary School on 13 March 1996. The gunman, 43-year-old Thomas Hamilton (b. 10 May 1952), entered the school armed with four handguns, shooting and killing sixteen children and one adult before committing suicide. Along with the 1987 Hungerford massacre, 1989 Monkseaton shootings and the 2010 Cumbria shootings it remains one of the deadliest criminal acts involving firearms in the history of the United Kingdom.
Public debate subsequent to these events centred on gun control laws, including public petitions calling for a ban on private ownership of handguns and an official enquiry, the Cullen Report. In response to this debate, the Firearms (Amendment) Act 1997 and the Firearms (Amendment) (No. 2) Act 1997 were enacted, which effectively made private ownership of handguns illegal in the United Kingdom.

If gun laws were the motive... "they've" seen it work in United Kingdom already.

So to answer your question. "Shock Value."

Like I said, it worked in England not too long ago.


Why is a dad who lost his child smiling and laughing before giving an interview?? If I just lost my young child tragically to a crazy gunman, I would be devastated I would have red eyes from constant crying I would not be able to talk to media, nor would I want to... It just doesn't add up and to see him have that BS grin on his face just seconds before "turning on the acting" bothers me and I don't believe him for one second... Just my 2 cents.

There's a video out that attempts to explain what we saw. I'll look for it in a min. Basically it suggests that the public were being conditioned to behave differently when faced with the death of a loved one.

I think this is the vid.

With so many odd things about this case, another just as important question is DID he kill children?

The only "odd things" are in the minds of those who jump to conclusions based on a lack of information.
Information which they have no reason to expect to be provided because "the public" does not have a right to invade the privacy and pain of those directly affected.


I am not one of the ones that vehemently deny the facts provided. However, do you not see any suspect curiosities about the official story?


Then I am convinced you didn't give these questions the proper interest.

No ambulance ever drove the driveway to the school when there was a mass murder. That alone is suspect at most and morally incompetent at the very least.


You obviously have a lot of knowledge concerning what is out in space. Did you gain that knowledge by asking questions? or did you passively sit let let it be fed to you?

It's know because of the footage, and emergency responders who have spoken out about it!

No.
I apply principles of critical thought.

Critical thought does not involve substituting speculation for data.