Gun Control: Now this is interesting!!! 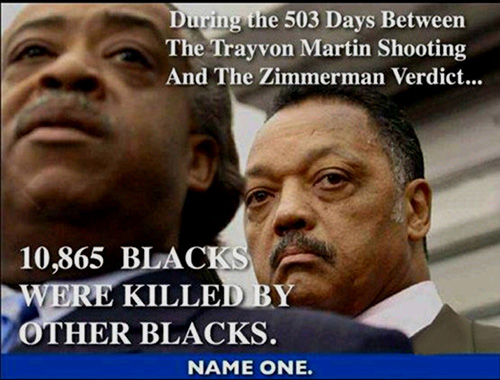 
You have any numbers to show or is this just an assertion you are putting out there?


Showing the numbers would be "racist"
edit on 12/16/2013 by CaticusMaximus because: (no reason given)


Oh well, If there is no proof of the claim then I can't really believe it.

There are also some other logical problems with it the claim.

Such a claim assumes the fact the city has a democratic mayor has something to do with the violence. It assumes only the mayor controls the city. Secondly, it assumes things would somehow be different if there was a Republican mayor. This doesn't work as many other factors go into inner-city violence beyond gun control and the party affiliation of the mayor.

Furthermore, internationally there are several cities with tighter gun controls that have less violence.
edit on 16-12-2013 by antonia because: added a thought

mykingdomforthetruth
I I I want to believe


What? Did you forget about New York City?

I swear, everytime I turn on the local news there's a shooting somewhere in the 5 boroughs.


This isn't proof of anything. In fact, it's a dumb argument. The political affiliation of a person committing a crime is of no consequence unless that crime is politically motivated. Otherwise, I can explain the "abundance" of liberal shooters quite easily. Most of the people you featured were young. The current demographic trend in the U.S. shows most people under the age of 35 are inclined to be "liberal". Thus you would see more liberals in a group of unstable young men simply because you see more liberals among younger men period.

But, what do you even hope to gain with your argument? let's say you are right and it's all evil liberals. Then what do you do? Ban liberalism? Put them all in jail?


I find it very hard to believe.

If we took a look at states separately, there are only 3 states where there are less than 1.5 murders per 100k. (Iowa -1.5; Vermont 1.3 and New Hampshire 1.1) These represent 5 millions American only. The other 300 million Americans live in states with significantly higher murder per capita, so even if we left out the areas you mentioned, the average murder rate per 100k would still be around 2.5-3 per 100k

On comparison, in Germany, Sweden, Denmark, Italy,Spain, Austria,Switzerland, Japan (from the larger nations, in total 30-40 nations) have all lower murder rates per capita compared to New Hampshire, which has the lowest murders all around US:

There are only 8 states whose murder rates per 100k are under 2.0, while there are only a handful of European countries having higher rates than 2.0 (mostly Eastern Europe/Post Soviet countries - Romania, Bulgaria etc,), in total over 50 nations in the world having murder rates lower than 2. Majority of advanced nations are around 0.5-1.1 per 100k.


Pictures of mass killers surrounding the distorted pictures of four prominent democrats. Oh yeah, I sure this is going to be an unbiased video. Now I will go and watch it.


That was my thought as well. Camden has always been nasty as well. The numbers just don't add up.

Oh I was wrong, It's actually Flint according the the FBI.
edit on 16-12-2013 by antonia because: wrong info

RocksFromSpace
The United States ranks 3rd in Murders throughout the World.

This means OP is 100% wrong. Although they are right about the homicide rate of these cities being extremely high. Some of them are 10+ times the national average.


mykingdomforthetruth
I I I want to believe

But the OP said murders, not murder rates.

The low percentage of murders in the US multiplied by the larger population of the US could put us in the top 3 for total murders per year.

Honduras, although it has more than ten times our murder rate, has less than 1/3 as many deaths by murder

1184 (Orwellian number, the house always wins) fewer murders could move our relative position on a scale of total murders per year.

I too would like to see the OP's statistics or data.


Generally in sociological studies one looks at the murder rate rather than the absolute murder number. This accounts for the proportion problem.

I think RocksFromSpace was pointing out that the media is inconsistent or reckless in its allocation of emotion.

Like death on the highway compared to death by terrorist attack. You would think the maximum speed limit would be Five M.P.H. by now.
edit on 16-12-2013 by Semicollegiate because: (no reason given)


Except his numbers are just flat out wrong. You can't use your own fibs and appeals to emotion to complain about someone else's sins.