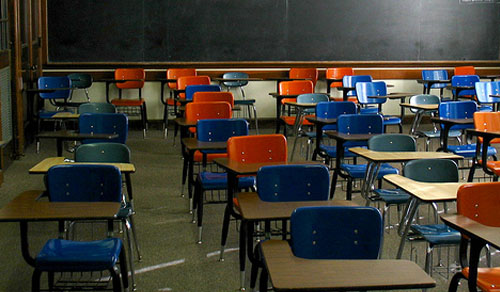 A 5th grade student won first place after he gave a speech about the history of people using religion to justify murder, but was stripped of his title the same day by a school official.

Initially the student was told

"'She [the assistant principal] started talking to me about how she thought my speech wasn’t appropriate for 4th and 5th graders and she thought that probably I would have to rewrite my speech, take the religion out or not compete,' Golob-Drake explained to WFLA."

Then it became something different after sensing the media firestorm.

"...the controversy wasn’t about the religious aspect. 'The concern was over the topic of mass murders,' Arja [School District Spokeswoman] said. 'Because these are 4th and 5th graders.'"


I didn't read that he had won, then was later stripped because of the religious part. Hmm different matter. He should have been allowed to keep it.

Perhaps I shouldn't have breezed over the OP, petition to make them give it him back anyone?


HA! I thought I was posting in that one