Color of the Moon (Once Again)

posted on Dec, 16 2013 @ 02:51 PM
link
Hello everybody! Some time ago I started a discussion in a thread related to Apollo missions about what color the Moon surface is. Several photos appeared in that thread, which showed that the Moon is possibly not gray, but tan-colored. Many of the photos were later found to be not true full-color, but reconstructed from monochromatic shots at wavelengths not linked to human vision. So, basically, the notion that the Moon is not silver-gray, but has a brownish tint, was put aside. Now we have this new photo from the Chinese Jade Rabbit probe: 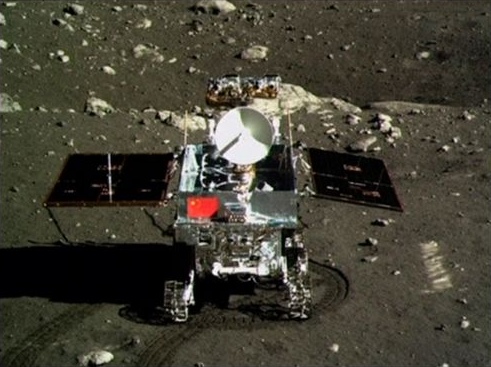 Looks like the Moon surface is actually light-brown with stones scattered around having obviously different, lighter color. Maybe this is the first time we can really have an independent close look at the moon surface in color. Interesting how other JR photos will correlate with what we believed about the Moon landscape till now.

Just for comparison, this is the previously posted Kaguya picture of the Moon. Color is obviously noticeable: 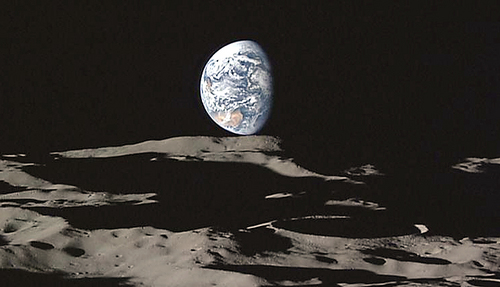 And this is Clementine color photo of the Archimedes crater. Even if we take into account different saturation level, the hues are very informative: 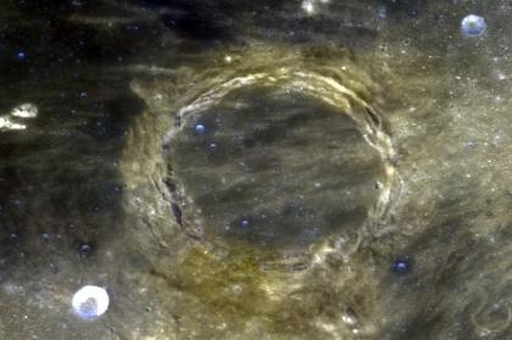 For comparison, this is a random Apollo photo: 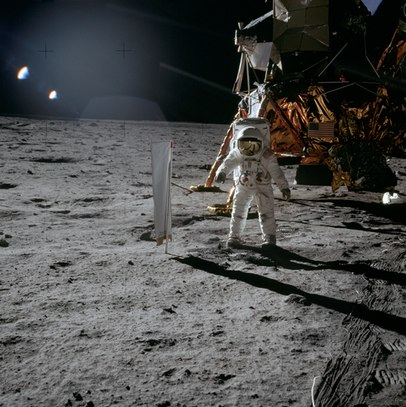 Was it supposed to be pink?


The white stones are evidently a very different color than their surroundings. They do not blend in, or even approximate the color, they are white and the ground isn't. An ATS geologist should be around shortly to set you straight though - for everything on the moon is supposed to be a whiter shade of pale (then again, the stones are reflecting more light and look whiter than the little-less reflective dust/ground).

posted on Dec, 16 2013 @ 03:25 PM
link
Give it a few months an people will have a larger collection of new photos to compare with Apollos. For me personally I don't care what the moon colour is, I want to know the colours and material of the megaliths up there


NOTE: color/colour, which ones correct? lol

skyblueworld
Give it a few months an people will have a larger collection of new photos to compare with Apollos. For me personally I don't care what the moon colour is, I want to know the colours and material of the megaliths up there


NOTE: color/colour, which ones correct? lol


Well if you want real English it's colour .. Only Americans can be lazy and lose the U. Just kidding!! I mean that jokingly 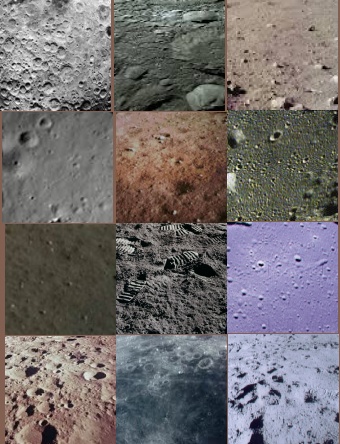 I think they tell a story about the imaging and photo reproduction equipment, than the actual color of the moon.


I am excited! I hope there will be a ton to see without blurry pictures.

This shows the landing it made me dizzy really cool!

skyblueworld
Give it a few months an people will have a larger collection of new photos to compare with Apollos. For me personally I don't care what the moon colour is, I want to know the colours and material of the megaliths up there

The subtle colors of the Moon are varied in the Apollo pictures, so I suppose we will see a variety of hues from this Chinese mission, too.


Oh yeah and the famous ORANGE


They forgot to switch the Mars filters...

posted on Dec, 16 2013 @ 05:35 PM
link
Let me look up in the sky with my own two eyeballs. Hmm... Looks mostly whitish/gray from where I'm standing. Does it really matter what color it would be if I was 50 miles above it, or standing on its surface? Because that's never going to happen!

Blue Shift
Let me look up in the sky with my own two eyeballs. Hmm... Looks mostly whitish/gray from where I'm standing. Does it really matter what color it would be if I was 50 miles above it, or standing on its surface? Because that's never going to happen!

It matters it could cost you when go to play who wants to be a million air.

But seriously what color is it?


So where did they land, do you think they will tell the world when they discover we were never there lol...

Look forward to more pics. They can put rover on moon but can't breathe the air in bejing lol go figure....

They did not land near any of the Apollo sites. The closest man-made object to where they landed (although still quite a distance away) is the Russian Luna17/Lunakhod 1 rover. The nearest Apollo site (Apollo 15) is a few hundred km away: 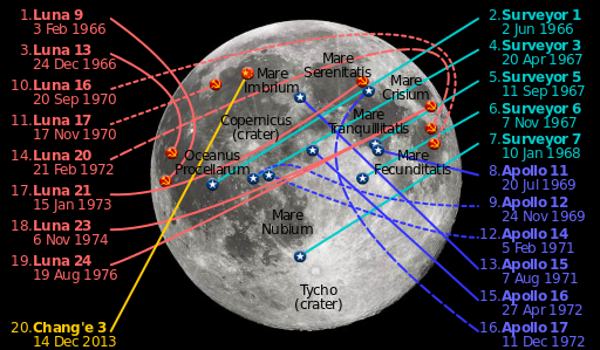 posted on Dec, 16 2013 @ 10:37 PM
link
What makes you think the Lunar surface would be the same color everywhere? Do you think that maybe lighting conditions might affect it in any way?

And what difference does it make anyway?

Overall, the Moon is grey, with subtle hues depending on local mineral composition. It isn't predominantly brown or tan like seen in some images and claimed in some conspiracy videos. A lot of times, colouration is due to the imaging/photographic processing and reproduction.

The bluish colour of mare Tranquilitatis is even visible through good binoculars. With a telescope, you can see reddish/bluish colouration in other places too, such as the Aristarchus crater and surrounding area. Here's a great colour image of the Moon: 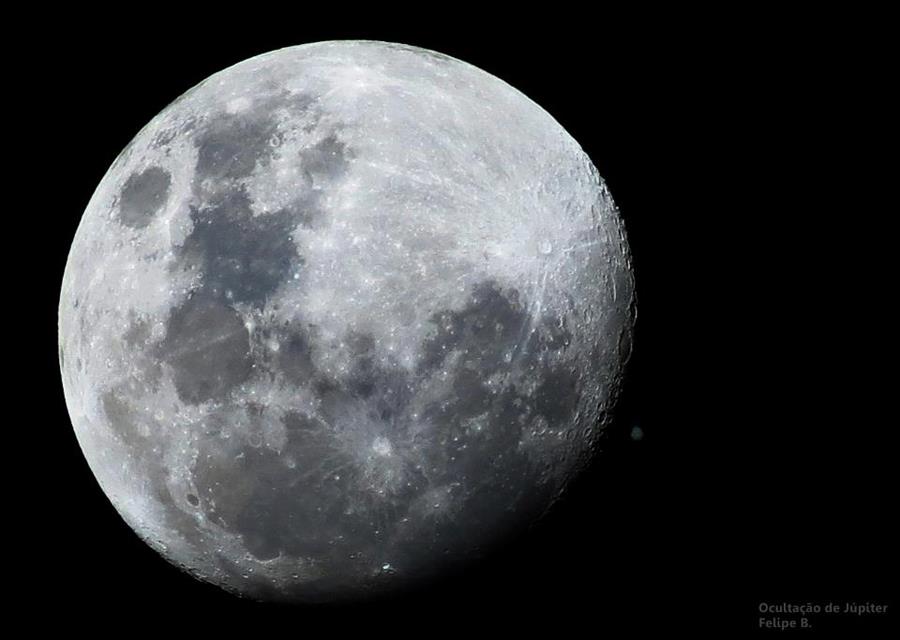 Here's a photo of the moon with colours enhanced: 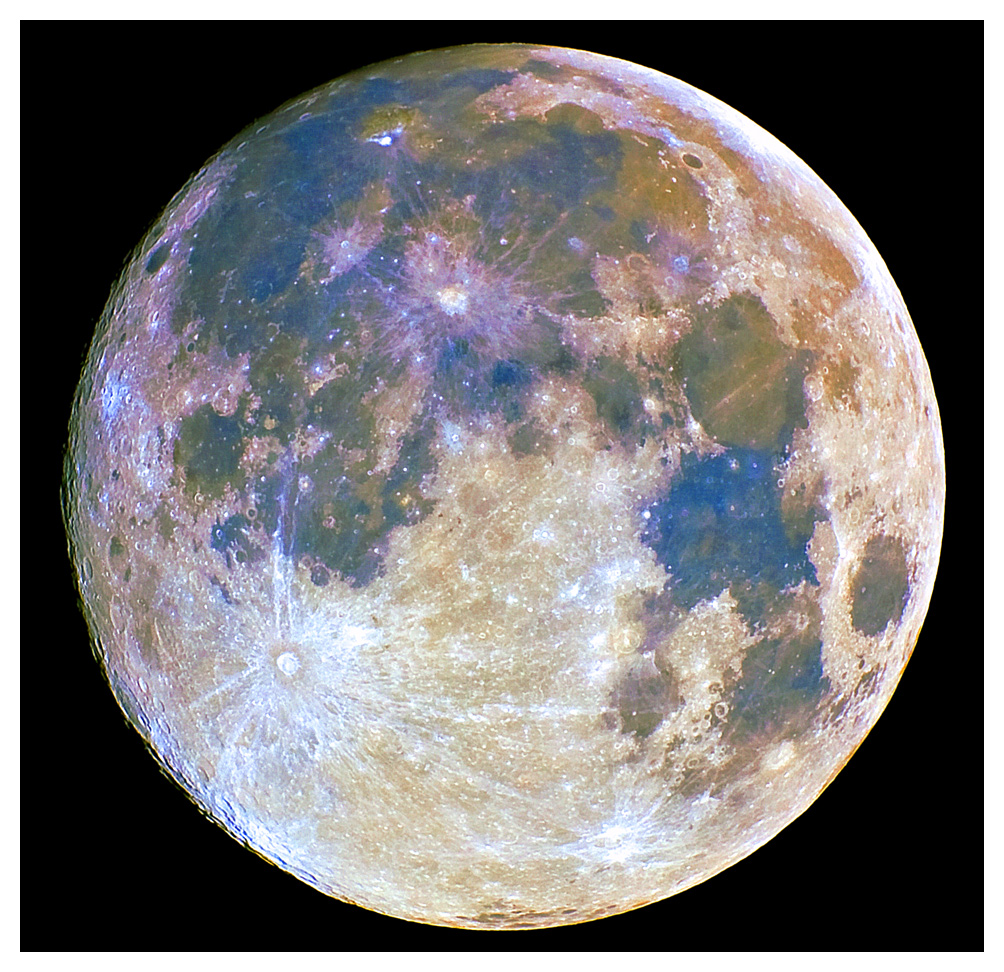 A great article on colours of the Moon, including many Apollo images. the-moon.wikispaces.com... 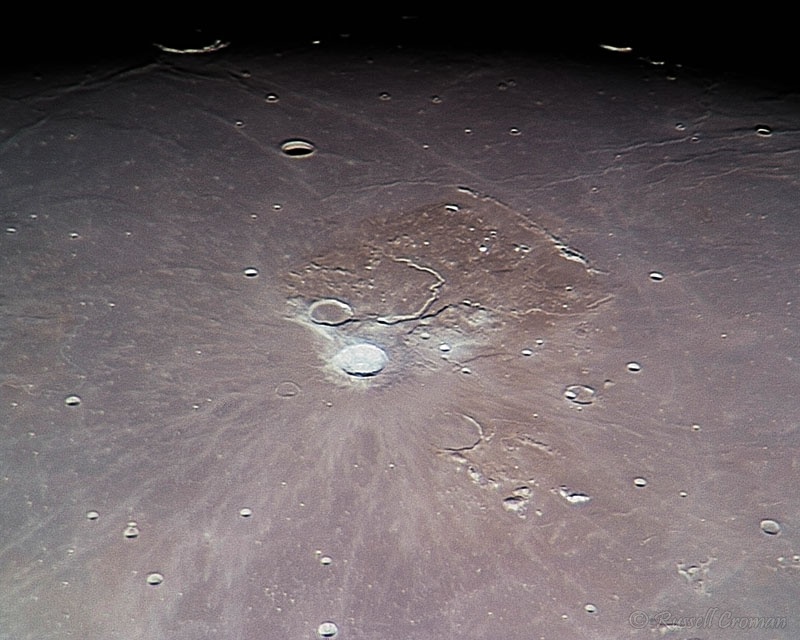 Normally, we think of the moon as fairly colorless, especially in comparison to the Earth. But the moon is not entirely without color, as this image of the Aristarchus Plateau region shows. The plateau itself is the roughly rectangular brownish region at the center of the picture. It is punctuated by the bright young crater Aristarchus, and the older, lava-filled crater Herodotus. The feature starting to the right of Herodotus and meandering across the plateau is Schroter's Valley, possibly a collapsed lava tube or ancient lava flow. The plateau apparently gets its color from an iron-rich material spewed out onto it by volcanic activity.


I've read that you can see this brown colouration through a telescope with your own eyes. The basaltic plains around the plateau are bluish, thanks to titanium-rich minerals.

Here it is in a wider context (www.astronomie.be...) 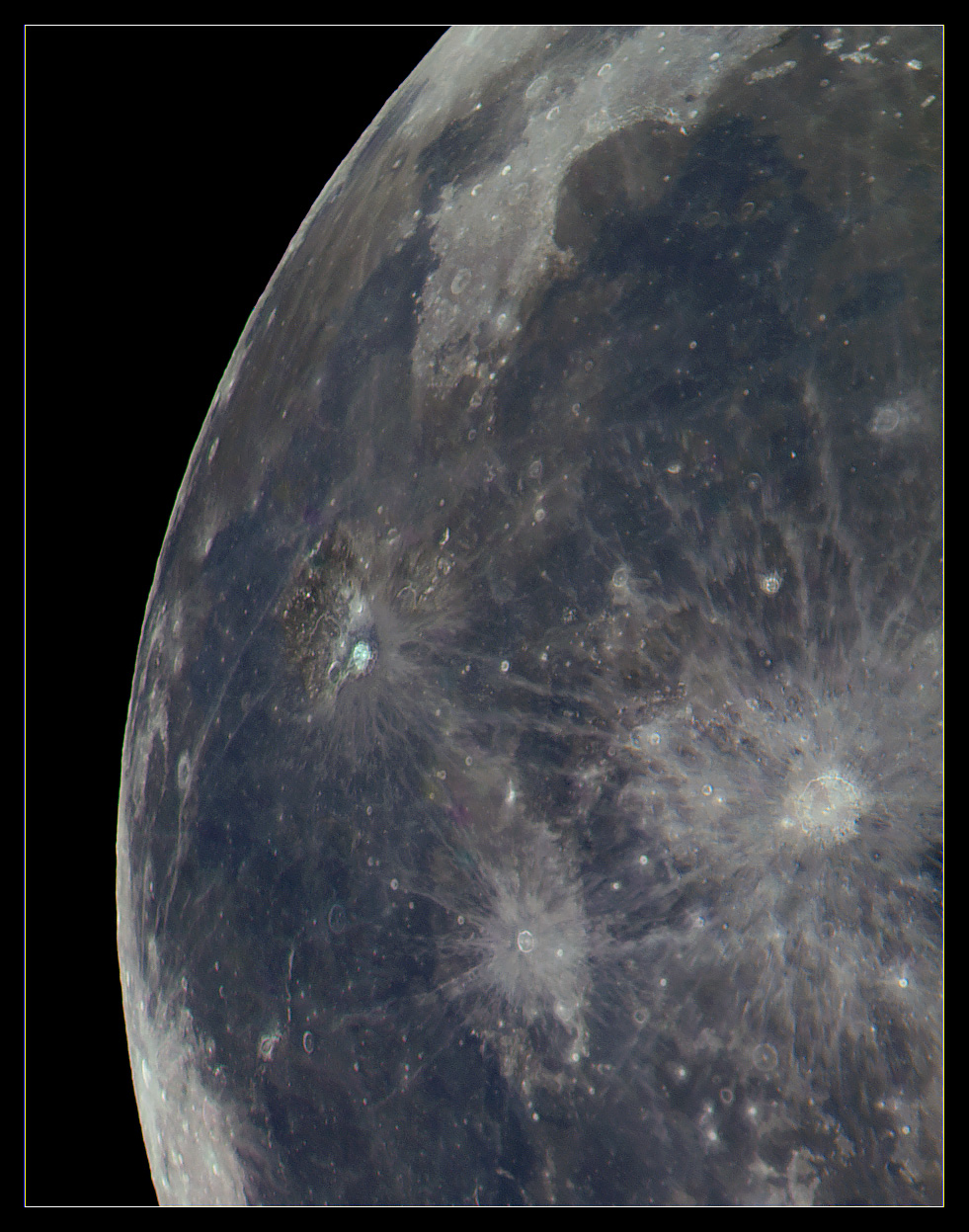 posted on Dec, 18 2013 @ 05:29 AM
link
Distance dilutes colour hence why horizons seem a greyish washed out colour.
Or
Frequencies create colour so would it be right to assume each planets colour ( shining colour ) indicates the planetary frequency?
Unfortunately we are changing ours