Thats just 6 years away, and you know how time flies. Speakin of flying, what will SO many drones (paid for by at least 54% of your hard-earned tax dollars), be doing exactly?

Watching you? Sure, but I don't think that's the half of it. Americans being policed by military drones in addition to highly corrupt local law enforcement. Sounds like freedom and homeland security to me.

posted on Dec, 16 2013 @ 01:24 PM
link
I'm so happy we have brave men and women who will risk their lives to fight for our freedom against draconian legislature such as this.

posted on Dec, 16 2013 @ 03:52 PM
link
Laser the bloody things, though I am sure rednecks will have a whale of a time blasting them out of the sky, much more fun than shooting up road signs.

Take America back, or at least dye trying, for global terrorist banksters.

They are intrusive.
They are prone to mistakes.
The "pilots" can indiscriminately kill you.


The perfect thing for shooting down million dollar drones,
flying their #ing predatory asses over my country.

Then with the video I can claim my $100.00 purse from
Deer Trail, Colorado.

I wonder if they have a bag limit on drones. 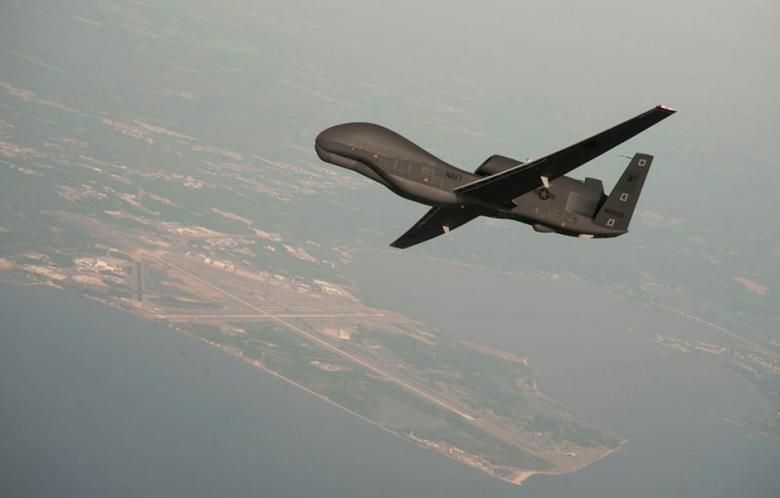 To hell with drones.

As to the specious reasoning that shooting one down constitutes a threat to civilian facilities...
The day that drone surveillance feeds are the property of the civilians and WE get to
use them to spy on Corporations and Government is the day I will give a care.

Till then,
they should be terminated with extreme prejudice.

By jamming,
flying kites,
or sling shots,
anything.

It is reprehensible all the surveillance in this country,
and NONE of it is used to help the citizens.
The chit is always classified, or need-to-know, so it's a tool of interests, and powerful interests only.

Well I have a powerful interest.

All unmanned cameras should be destroyed.
Whether they are at a traffic intersection,
or flying over my back yard.

Death to the Drones!


And what happens when you shoot a drone down it loses control and crashes into a school ?


Never has a country been so well prepared to take on the rest of the world!

America is starting to become quite scary, and I don't see the American people winning a fight with this government!

posted on Dec, 17 2013 @ 08:08 PM
link
With that many drones in the sky, it'll be easier for another country to also have their drones infiltrate the American air space. China, Iran, Saudi......
They only have to make them look the same and they won't even be noticed


That's a good thing then.
It just seems with so much drone technology out there, other countries are going to find ways to use them outside of their own airspace for nefarious purposes of some sort


Eventually. They have a good bit of catching up to do (other than tech transfers to our allies). China has made some strides and has sent a long range UAV mission out over the Senkaku Islands, but that's the only other nation I've heard of that has any kind of long range aircraft, and they don't have many.