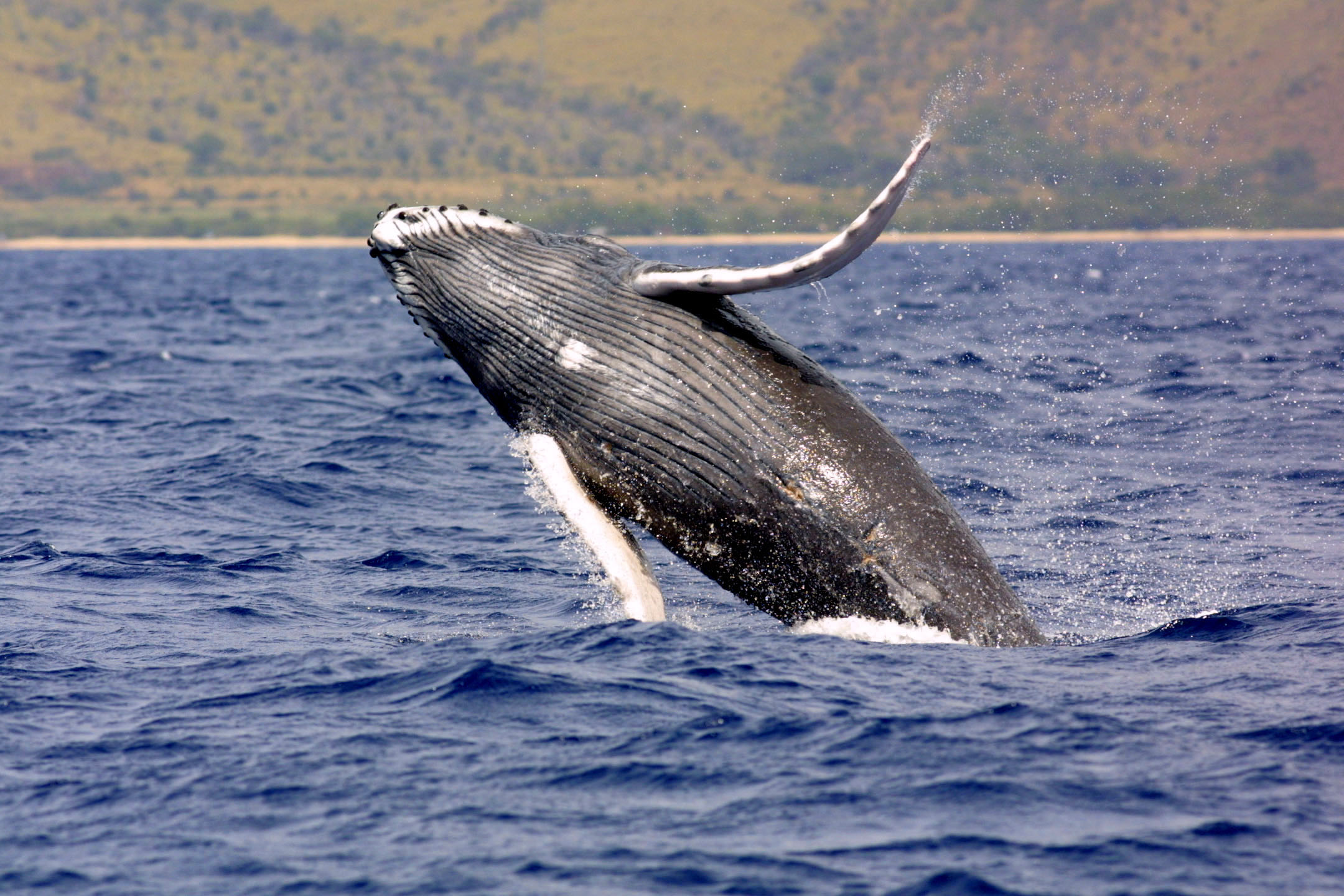 Back in 2010, the Navy funded 5-year studies to find out how their sonar testing affects marine mammals.

The study period isn't over, but independent research is already being published showing harm ranging from stress to confusion to beach strandings. For example:

The article goes on to say that a federal judge declared the marine fisheries agency that approved the Navy's 5-year permit for sonar testing in offshore waters did not utilize the best available data before giving their green light.

The California Coastal Commision has rejected the Navy's 5-year plan for Southern California waters, but they don't have the power to block the drills.

Here are the Navy's own estimates of possible damage to marine mammals:


The Navy estimates that its activities could inadvertently kill 186 whales and dolphins off the East Coast and 155 off Hawaii and Southern California, mostly from explosives.

It calculates more than 11,000 serious injuries off the East Coast and 2,000 off Hawaii and Southern California, along with nearly 2 million minor injuries, such as temporary hearing loss, off each coast.

It also predicts marine mammals might change their behavior -- such as swimming in a different direction -- in 27 million instances.

???
There are areas of the oceans that don't harbor high numbers of large mammals. Why don't they do their training in those areas? And with all the money at the military's disposal, they can't come up with a realistic training simulator for sailors?

The funds given for these studies were obviously just a token "see, we care about the environment" play. The Navy will still do whatever, wherever it chooses.

Renewals of 5-year permits have already been approved for the Gulf of Mexico and Atlantic waters, with a condition of yearly reviews of the latest science...


Additional information on the dangers of sonar testing near marine mammals:


And what do you think of this??

The water is glowing...what the hell?

How in gods name does a dolphin get BURNT in water?
The poor creatures look like they were boiled alive. It looks like they were exposed to something very nasty - I would expect a person that was exposed to radiant heat to look just like that.
Makes me so angry that animals suffer at the hands of us humans - they are truly the innocents in this world....and we call ourselves "intelligent beings". Sometimes I am ashamed to be part of the human race.

posted on Dec, 16 2013 @ 09:02 AM
link
Thanks OP, I've been following this for the running court battles against the US Government and Navy in particular over their Sonar range testing and general abuse of the ocean life.

I'm all for military training to keep them at peak performance....and I'm all for technology to make our military the best it can be. Why have one, otherwise? It doesn't extend to where it comes at the expense of other life in reckless disregard though.

I understand the cutting edge Sonar is something like the hand of God turning the ocean clear to see great distances and spot things in high resolution at that range. All computer wizardry fed by some of the most sophisticated sonar equipment ever developed.

I'd be proud of that for a national ability too.....if it wasn't blowing the minds of the ocean critters who happen to use Sonar or forms of it to live ...and seem to find these new Navy systems similar to being blasted with rock music at 150 decibels from a few feet away.


What they need to do is work the Atlantic while the Directed Energy Weapons that don't exist can cause more Fukishimas in the Pacific.

posted on Dec, 16 2013 @ 09:49 AM
link
The USA is not the ONLY friggin navy to be doing sonar exercises and testing.......You have tomultiply those numbers greatly to get the whole picture of the damages.......
It numbs the mind to contemplate how these things are deemed a priority by the human races
Is there no end to the destructive madness?
How much longer can it be before we too, are taking our place in the Great Die Off?

It really does make me shake my head in disbelief at the absurd practices of our species, all hiding behind tired mantras of "national security" or "progress".

Regarding the sonar drills, the large mammals receive the bulk of the study, which makes sense; they use echolocation and let's face it, they are majestic creatures. But I wonder, do we even know how these high decibal blasts affect organisms lower down the food chain? The plankton, shrimps, & fishes?
For all we know, these naval excercises may be harming the smaller ocean denizens that constitute the base of the marine food chain.

Thanks to everyone who has added comments.
edit on 12/16/2013 by Olivine because: effect affect ugh


They kill people with their techno-crap. Why should we be surprised that they're okay killing animals too?


Its sad human beings have decided that military advancement is only road to peace. The human tribal mind is locked into our genes perhaps.