Considering that the only Europeans in Palestine during the lifespan of Jesus (his real name being Yeshua Ben Youssef - Jesus being his false European name) were the Romans and the Greeks, there is no way that he could have been white.

I find it so ironic that Megyn feels the need to re-iterate and solidify the fact that 'Santa Claus' (who is a fictional character based on Saint Nicholas, a 4th Century Greek) was white, yet she denies the fact and feels it necessary to change history in claiming that Yeshua Ben Youssef was also white.

Caucasian race (also Caucasoid)[1] is the general physical type of some or all of the populations of Europe, North Africa, the Horn of Africa, Western, Central and South Asia.[2] The term was used in biological anthropology for many people from these regions, without regard necessarily to skin tone.[3]

Alexander the Great was blonde......The Greeks were white before the Turks conquered them and interbreed with them ...
The Romans were white ...
The real Jesus was born in 14 AD and led the revolt against Rome and was captured in 70 AD.

BTW The New Testament is fiction.>>>google Joseph Atwill/Jesus and get the evidence....

I'm not going to post on this thread again.....take it or leave it...respectfully ,Cathar

posted on Dec, 15 2013 @ 06:51 PM
link
At the time Jesus lived, His relatives, members of the House of David, had been ruling the Parthian Empire for some centuries. The core population of Parthia was made up of Israelites in exile. The Parthians had ruled Palestine about 40 years before Jesus was born, and the three wise men were members of a Parthian caste of priests whose duties included keeping track of potential heirs to the throne of Parthia. Following a weakening war with the Romans, followed by a revolt by the Persians (the Persians were fairer of skin and blonder of hair back then), the Parthian people trekked west and north, moved into the borders of the Roman Empire as refugees (the Romans called them Barbarians), and in the fullness of time, made up the modern nations of Europe - whites.

I just wish the history of Parthia was better known. Some of you may want to Wiki it. 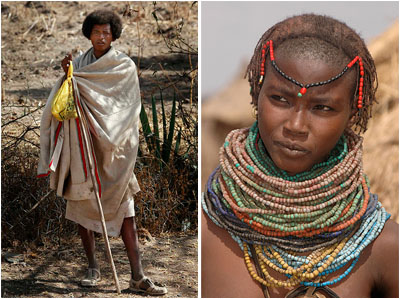 No seriously... who really cares?

If a person has some issue with the color of Santa, I would suggest that the problem is not Santa, it is the individual who is putting way too much value on the color of ones skin.

posted on Dec, 15 2013 @ 07:56 PM
link
I'm pretty sure Jesus and Santa don't differentiate between races (as we are all human and if you are a believer, all created by God without exception and nowhere in the bible does it say anything like dark skin means something bad) as Santa watches everyone for goodness or badness.... so what is the point? Other than traditional ways to promote taking in money and propagandizing, it doesn't, or at least SHOULDN'T matter at all. If aliens attacked would some racist not appreciate help from another human being? We live on one planet. We all die in the end. Racism is stupid, borders are stupid, communism doesn't work well due to the corrruptive nature of human nature, capitalism works for the rich, raises standards of living for some, lowers it for others, increases the consumption of resources unecessarily (are you using Last Years phone? tsk tsk tsk! How out of touch ARE you?), and we will all end up regretting being pushed into certain ways of life that are ruining the ecosystem of the one planet we live on. Santa isn't white? Not according to traditional marketing, but then again... does it really matter? His intentions are good. Reward the good of heart (size of heart, not of bank account or wallet), and let the naughty beware!


How do you know he wasn't? Prove it.

#1 Many of the churches in Ethiopia from the middle ages have murals depicting white people.

#2 The old, and very black, Coptic priest told Graham Hancock (during his quest for the Ark of the Covenant), "Before we were Christians, we were Jews."

Stop operating at the History 101 level. Many nations are darker than they once were. It's neither here nor there, it just is.
edit on 15-12-2013 by Lazarus Short because: lah-de-dah