posted on Aug, 2 2014 @ 08:44 AM
link
I really cannot confirm what you're saying, but what I did find since my last comment is this article based on a study that appeared in Nature:

This new information, which cannot be debated, is now also on the British NHS website.

Anyone still up for chemicals being pumped into their bodies or being radiated sh*tless?

posted on Aug, 28 2014 @ 06:40 AM
link
I believe I have uncovered the mechanism the healers in these hospitals use. The reason it took me so long is because I have never made any investigations into hypnosis. I have recently begun doing some research, and have so far found what I believe not only explains how these healers heal, but also a possible link between these healings and other fringy and metaphysical and spiritual mysteries like placebo, NLP, creative visualisation, the Law of Attraction from the Secret, EFT tapping, sigils, affirmations and psychic surgery.

I'd post my most recent finding here as it seems to be highly relevant to what's going on in these hospitals. Instead of giving you a lengthy explanation I will instead quote from a website. I expect this to be new info for many readers, as Emile Coué doesn't seem to be a well-known figure nowadays. Just so you have some idea who he was:

"He did not consider himself a genius, did not despise professional contemporaries, did not suffer from paranoid delusions, did not have “strong compulsions to focus his attacks on the greater scientists and their theories,” or write in a complex, technical jargon. Quite the opposite was true: the pudgy chemist was extremely modest and self-deprecating, never claiming to have been an original thinker; he saw himself as an ally rather than a foe of the medical and scientific establishment; the jovial old man was anything but paranoid, and he could not have confused any literate person with his plain-worded theory. All of this, of course, only served to increase his appeal. Note also that Coué refused to charge for his service as autosuggestionist and lecturer; one hesitates to brand him a charlatan because of his unmistakable charity."

Pretty much the same as Edgar Cayce.

And here is what he's achieved in one of his visits to America:

"In Chicago Coué was greeted as if he were a true messiah: In Michigan Avenue people knelt to him as he passed into the hall, and begged him to help them, and mothers held their wizened babies up to him, imploring him to heal their crooked bodies. Others paid fabulous sums to owners of front row seats, and once there, hoisted themselves painfully onto the stage, and panting crawled on helpless limbs to a spot where they might hope to catch the eye of the ‘Miracle Man.’ One after another crippled or paralyzed men and women dragged themselves or were wheeled to him and under his encouragement, as though under magic touch, threw away their crutches or canes and walked. Some who had not walked for years, even ran. Others recovered instantaneously the flexibility of long-stiffened limbs. A woman, paralyzed nine years and unable to walk, walked off the stage unaided. From a young man who trails a useless leg, Coué snatched his cane and bid him walk, and the man strutted along the footlights while the huge audience, fanned to frenzied mysticism, yelled its wildest. Policemen had to come to the platform to keep order and prevent Coué from being swamped by the rush of wondering spectators at the ‘miracles’ of auto-suggestion performed on people possessed of blind faith."

He had many similar achievements in other cities and countries, the above was simply an example. I have actually read his book Self Mastery Through Concious Autosuggestion. It's only 22 pages, and I highly recommend it not just for healing but also for spiritual purposes.

Here is technique on how to use chi. I recommend that one mediate and be familiar with directing and moving or flowing as I like to say energy inside and out of the body.

How to Flow Chi out of the body 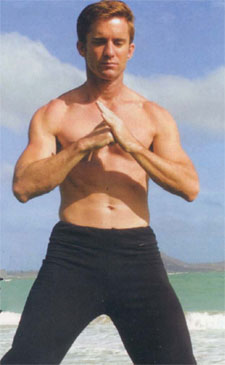 This technique is about flowing Yin and Yang energy out of the body to heal or whatever to another person.

The most powerful chakra is the 3rd chakra (solar plexus) which is yang energy, positive.

The other powerful chakra for chi is the (Muladhara) or the first chakra. It is of yin energy, negative.

The kundalini lies underneath the 1st chakra and flows up and outward. This technique utilizes the Kundalini to channel and flow the chi energy out through the hand chakras into the recipient.

First off I clean my aura and chakras. I then do a Kriyas Yoga poses 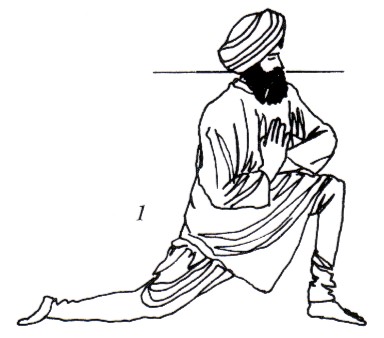 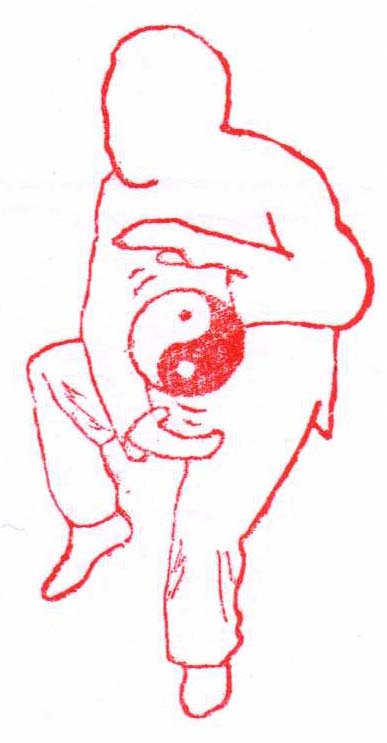 So what I do is get warmed up energetically, then I do the Mula bandha or (root lock) which channels the Kundalini energy (chi energy, prana etc) up and out the spine and I then channel it out of my hand chakras to the persons body area that is pain.

I use Will (3rd chakra) to control the energy and desire it (4th chakra) to the area that needs the chi.


Its hard to explain but if you do the Mula bandha and use the energies in your 1st and 3rd and affirm that it is healing the affected area of lets say a shoulder, they will feel better.

The left side of the body is female, receptive, negative.

the right side of the body is male, directive, positive.

So, I guess it no longer exists and the long hand of pharma reaches even the distant places in China.
www.chilel.com...

originally posted by: qmantoo
in the link given in the original post, there is a footnote to say that the Centre was closed in 2001 for political reasons.

So, I guess it no longer exists and the long hand of pharma reaches even the distant places in China.
www.chilel.com...


Wasn't distant, it was in the capital, which is why it was the largest. Many smaller ones keep running across the country.

By the way, that this healing works has been further evidenced by people under regression as reported in the Convoluted Universe books written by Dolores Cannon who had 50 years' experience as a professional hypnotherapist. Sadly she passed away just a few months ago I think, recently anyway. Book 5 of the series is now out.