posted on Dec, 12 2013 @ 12:42 PM
link
There has been a lot of discussion about Obama's behavior with the Danish prime minister during Mandela's funeral. It's hard to judge what really happened there, but take a moment to compare that scene to a scene of Jimmy Carter during the tribute.

Go to 9:00 in this video of Obama's speech and watch until Jimmy Carter is seen sitting in the tribunes, pretty much by himself. Look at his face...

That was exactly how I felt after 9 minutes of pure hypocrisy, watching a man with no soul speak to the world like he is God himself. Is anyone else out there seeing what I'm seeing?

I am curious to know what others think of Carter's expression. 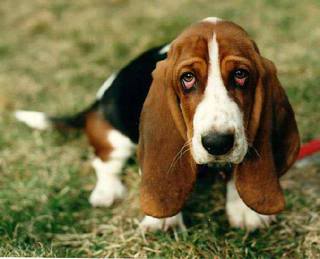 
Nope. All i see is a old man that is about to fall asleep!

abeverage
I dunno his expression seems like maybe a Basset Hound?


My thoughts EXACTLY. He might have been thinking, "Holy crap, am I going to make it to the bathroom." for all we know.

My biggest question is why Obama gets a *20 minute* speech at somebody elses memorial.
This day was not about Obama.

And to those blaming Carter's old age, how can you be so quick to judge?


Here is a screenshot of the image to which the OP is referring. 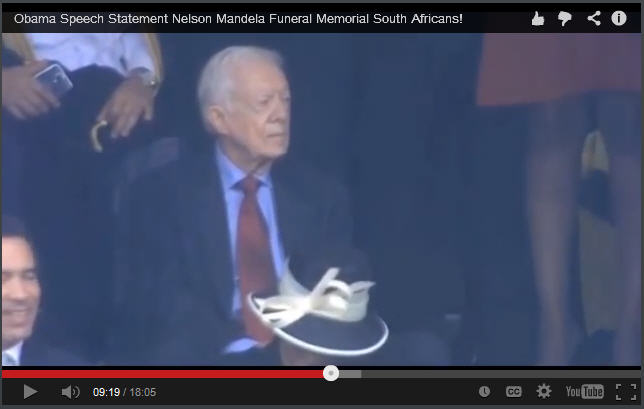 Jimmy simply looks tired and at 9.22 makes it almost undeniable

gspat
I don't post much, but Jimmy Carter is dead.


Actually, I think this is the link you wanted:

Obama Not Sure How To Tell Nation This, But He Ran Over Jimmy Carter With Car Last Night
www.theonion.com...


(well, it makes about as much sense as your link)


ha, you had me there for a second
did he say (in the video) "fellow heads of the snake'?

To the OP... Yes he does look sad and worn out. But that could be because of an absurdly long flight from Georgia.
edit on 12-12-2013 by gspat because: trying to stay on topic!