posted on Dec, 10 2013 @ 07:02 PM
link
The Istanbul Municipality is preparing to introduce its solution to the quagmire of constantly full multistory car parks, one of the city's increasingly problematic issues.

The introducing of the floating car parks are an attempt to try and resolve the chronic traffic problems of Turkey's largest city, local officials said Tuesday.

"The municipal car park operator said it will use out-of-service ferries anchored in the Bosphorus to create multi-storey lots near traffic hotspots." 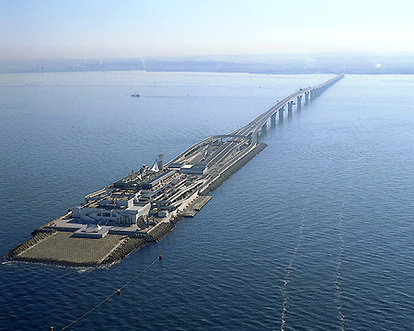 The floating car parks will also have facilities such as cafes, recreation areas and art galleries, according to ISPARK. 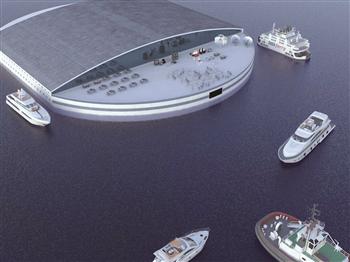 The ferry car parks are planned to be operational 24 hours, will have a capacity of nearly 400 cars, and provide a range of facilities such as cafeterias and art galleries, İSPARK has said.
"Traffic congestion and a lack of parking is a major problem for the bustling metropolis of 16 million people."

With the lack of space and chronic congestion that many big cities are suffering, this may be a temporary ease to the problem but I don't think it's a long term solution to the massive problem some cities experience.
edit on ppm1210America/ChicagoTue, 10 Dec 2013 19:06:02 -0600022pm13 by pandersway because: (no reason given)

And they chose to illustrate a story about Turkish carparks, with a picture of the Japanese "Aqua line" tunnel in Tokyo???


I predict these floating car parks will be so cool with their cafés, restaurants and cinemas they will need land car parks to solution the heavy traffic problems it will generate...


It's a lame attempt to illustrate how waterways can be utilized for other means. Point taken.


They need to invent some sort of boat that drives on land.

Some sort of land based auto mobile.

Problem then is, where will they park them all..


I refuse to take part in any of this nonsense! I'm just waiting for portal transportation