posted on Dec, 9 2013 @ 09:56 PM
link
The reading won't be featured in the Guinness Book of World Records because it was satellite measured.

It's still pretty cold for me. 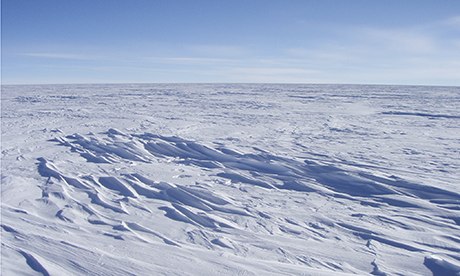 Newly analysed Nasa satellite data from east Antarctica shows Earth has set a new record for coldest temperature ever recorded: -94.7C (-135.8F). It happened in August 2010 when it hit -94.7C (-135.8F). Then on 31 July of this year, it came close again: -92.9C (-135.3F). The old record had been -89.2C (-128.6F). Ice scientist Ted Scambos at the National Snow and Ice Data Centre announced the cold facts at the American Geophysical Union scientific meeting in San Francisco on Monday. "It's more like you'd see on Mars on a nice summer day in the poles," said Scambos. "I'm confident that these pockets are the coldest places on Earth."

With all the warming, here's a place to cool off

Whoa, whoa, I just found this story that challenges the above temp. readings. It's on RT,


It is incorrect to declare a temperature record based on satellite data,” Martyanov said, explaining that AVHRR and MODIS are measuring the so-called ‘luminance temperature’, which does not fully correlate with true meteorological conditions and must be confirmed by observations on the ground.


I guess the emperor penguins will have to do some extra shuffling this year.

posted on Dec, 10 2013 @ 03:25 AM
link
Oh well, so much for global warming, looks like they got that one wrong. Or is it climate change now??? That way if it gets colder or warmer they can claim they were right!