Satanists Demand Statue next to Christian Monument in Oklahoma

posted on Dec, 9 2013 @ 11:40 AM
link
LOL is the Devil trying to tell me something, I dont think Ive ever seen a news article about Satanists on 9msn before and it comes a day after my Satanist thread

So a Christian monument with the 10 commandments has been set up outside a courthouse in Oklahoma and now satanists are saying they also wish to erect a monument.


"all monuments should be in good taste and consistent with community standards".
"Our proposed monument, as an homage to the historic/literary Satan, will certainly abide by these guidelines,"

These dont appear to be the same type of Satanists from the video as the ones in yesterdays thread claimed to not believe in Satan or any other spiritual entities.

Im against this, its not that I believe in Satan or the devil (I dont) but I think celebrating the historical and literary Satan is kinda sick.
Unless they have access to literature and history Im unaware of they are erecting a monument to a being that delights in torturing and tormenting people.

As I said I think its sick but I think they should be allowed to do it otherwise its discrimination.
I think the people who erected the Christian statue should have seen this coming, if it wasnt satanists it was gonna be a Muslim monument eventually.
Funnily enough I reckon people near the monument would be less offended by a Satanist statue compared to a Muslim one

Does this fall under freedom of speech and religion as expressed in the constitution?
What do guys think? I would love to hear the thoughts of people from Oklahoma where they want to erect the monument.


I think celebrating or recognizing the commandments of a god whose priorities start with, and end with, his own selfish desires is pretty sick. There's maybe 4 commandments in the list - the first four, I think - that could have been reserved for decrees designed to further clarify the moral boundaries of our interactions with one another, but he couldn't let it go without making absolutely sure we kept kissing his ass and no one else's. Totally worth it, right?


Because Oklahoma is a part of the Bible Belt. Duh.


Because Oklahoma is a part of the Bible Belt. Duh.


not only but in most of the States Constitutions, which fly under the Federal Constitution of the United States actually have wrote the word "God" into their Constitution not just "Creator" which that word is also used in my State Constitution equally.

the States Laws come from the theistic philosophy known as Judeo Christianity... the root of our Union.

Satanism doesn't represent equality, and history has shown us Atheism does represent Liberty or Equality.

Invoking the guidance of Almighty God, in order to secure and perpetuate the blessing of liberty; to secure just and rightful government; to promote our mutual welfare and happiness, we, the people of the State of Oklahoma, do ordain and establish this Constitution.

posted on Dec, 9 2013 @ 01:03 PM
link
Constitutions established by people who would likely have been dumbfounded by the modern day physics or biology curriculum.
edit on 9-12-2013 by AfterInfinity because: (no reason given)


well my british friend... that is for we the people of the United States to figure out... and there will be Revolution before you see one thing changed on State level Constitutions or the Federal level.


So OA is a theocracy now? Filled with zealous gun nuts itching for a revolution?

well my british friend... that is for we the people of the United States to figure out... and there will be Revolution before you see one thing changed on State level Constitutions or the Federal level.


Guess your "Revolution" came and went and you missed out on it. Article VI, Paragraph 3 of the United States Constitution states:


The Senators and Representatives before mentioned, and the Members of the several State Legislatures, and all executive and judicial Officers, both of the United States and of the several States, shall be bound by Oath or Affirmation, to support this Constitution; but no religious Test shall ever be required as a Qualification to any Office or public Trust under the United States.


I realize that you've pointed out in another thread that there are eight states which have language in their constitutions requiring state officials to have specific religious beliefs, but those have gone unenforced (at least officially) since the 1961 Supreme Court case of Torcaso v. Watkins. The Court unanimously ruled that:


We repeat and again reaffirm that neither a State nor the Federal Government can constitutionally force a person "to profess a belief or disbelief in any religion." Neither can constitutionally pass laws or impose requirements which aid all religions as against non-believers, and neither can aid those religions based on a belief in the existence of God as against those religions founded on different beliefs.


and that enforcing such language would be in violation of the First and Fourteenth Amendments.


Only in your mind.


well my british friend... that is for we the people of the United States to figure out... and there will be Revolution before you see one thing changed on State level Constitutions or the Federal level.


Oh, I hope so. See, I'm American too. That means the revolution will probably include me.
edit on 9-12-2013 by AfterInfinity because: (no reason given)

(another thread was started on this, but was diverted here, so I'll post a post I made there)


And if Christians put up a Christmas tree on the statehouse lawn for the holidays, and Festivusians erect an aluminum pole, and the Santa worshipers throw up a fat man and eight reindeer, then the Satanists can put up a 10-foot statue looking something like this:


It doesn't matter if you think it's sick or not. Satanism is a recognized religion and if one religion can be represented outside the Oklahoma Supreme Court than others can be as well.


It doesn't matter if you think it's sick or not. Satanism is a recognized religion and if one religion can be represented outside the Oklahoma Supreme Court than others can be as well.


Really?
Satanism is recognised within the USA?
Do they get tax free status like the church?

As I said in my OP I agree that mine or anyone elses opinion is irrelevant, whats good for the goose is good for the gander.
If Christians can do it then so can Devil worshippers


Yes they get tax free status as well.


Brady Henderson, legal director for ACLU Oklahoma, said if state officials allow one type of religious expression, they must allow alternative forms of expression, although he said a better solution might be to allow none at all on state property.

"We would prefer to see Oklahoma's government officials work to faithfully serve our communities and improve the lives of Oklahomans instead of erecting granite monuments to show us all how righteous they are," link


Yes they get tax free status as well.


LOL
Religion is such a scam 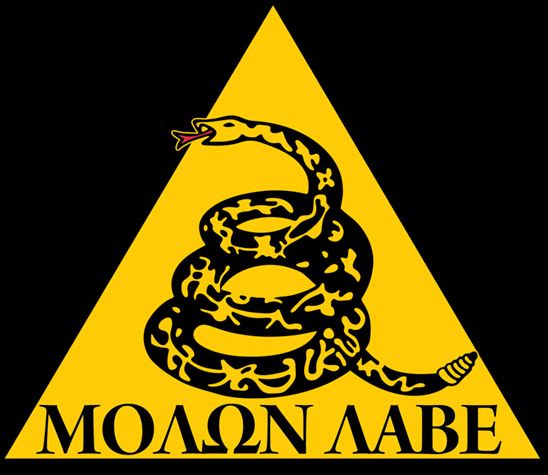 posted on Dec, 9 2013 @ 06:01 PM
link
If a recognized religion endorses criminal behavior, can it be displayed for everyone, even children?

(and don't EVEN start about past crimes of Christianity! I'm talking about current "today" crimes)

I'm on the fence on this to be honest. Freedom of religion should be applied.

To us, Satan is the symbol that best suits the nature of we who are carnal by birth—people who feel no battles raging between our thoughts and feelings, we who do not embrace the concept of a soul imprisoned in a body. He represents pride, liberty, and individualism—qualities often defined as Evil by those who worship external deities, who feel there is a war between their minds and emotions.
www.churchofsatan.com...

Satanism is exactly what most politicians actually represent! It's about time someone erected a monument to what America really represents!

(As I posted in the other thread)