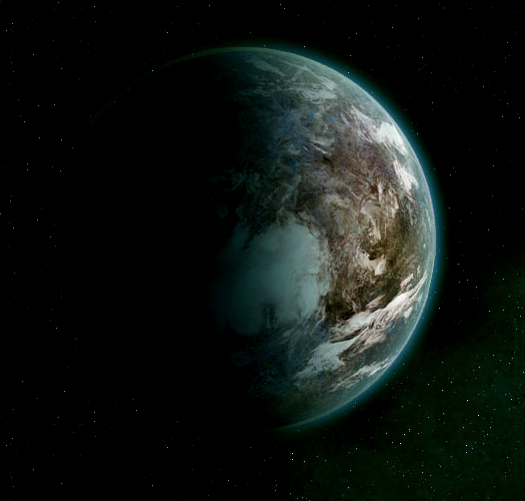 Motivated by the rapidly increasing number of known earth-sized planets, the increasing range of extreme conditions in which life on Earth can persist, and the progress toward a technology that will ultimate enable the search for life on exoplanets, the Vatican Observatory and the Steward Observatory announce a major conference entitled Exoplanets, Observation & Biomakers: The Search for Life Beyond the Solar System.

The goal of the conference is to bring together the interdisciplinary community required to address this multi-faceted challenge: experts on exoplanet observations, early and extreme life on earth, atmospheric biomarkers, and planet-finding telescopes.

Excerption taken from what Vatican Observatory mission is:


Scientific research into the knowledge of the universe, including our place in it, and the education of the public...


I thought they already have their stance about these questions, in short, they know how all begun, sheeple role in it and how it will all ends.


he he he, that BS flag is awesome.

posted on Dec, 9 2013 @ 08:41 AM
link
I give you a flag instead. This is the first most serious thing pope Francis undertakes in science. Whether he will be successful in church and social reform, it is yet to be seen. But he could boost ET research because his people the jesuits already are in the know for quite some time.


I thought they already have their stance about these questions, in short, they know how all begun, sheeple role in it and how it will all ends.


I think that you are confusing the Catholic Church with various flavours of Fundamentalism.

The Big Bang Theory was formulated by a Catholic priest, Georges Lemaître. Unlike some churches, the Catholic Church is solidly behind the scientific exploration of reality and the origins of the universe, and extraterrestrial life is, in no way, incompatible with the teachings of the church. We believe that all of this is God's creation, and the more that we know about it and how it came to be, the more we know about God.

Hmm I think I'm not cunfusing anything, all is writtnen in the Bible from creation to end times.
What I'm trying to say is why they need to explore the Universe if they know the outcome of all?


Because the Catholic church does not take a literal read of the Bible, so it does not believe that it was created in six day 6,000 years ago. That makes them interested in when and how it was created. We also have no way of know when things are going to come crashing down, so there is obvious interest in things like the current state of the universe.

You do realize that the Catholic Church teaching is in line with evolutionary biology, right? I'm a Roman Catholic, and I have always believed in evolution. You might find this article useful in clearing up some of your misunderstanding: Adam, Eve, and Evolution

That article in your link makes no sense, please, take no offence.
In essence, for every discovery made by science, Catholics attributed it to God the Creator, saying that they agree that there is evolution of species on Earth but it's the work of God. Same with the Universe. Same with everything.


In essence, for every discovery made by science, Catholics attributed it to God the Creator, saying that they agree that there is evolution of species on Earth but it's the work of God. Same with the Universe. Same with everything.


How does that not make sense?

The church believes that God created the universe, of course. They wouldn't be the church if they didn't. But "how" God created, they differ from some other religions who think that God just snapped his fingers and everything popped into existence, pretty much as we see it today. We see it more in the manner of God setting things in motion billions of years ago, by creating the energy that was contained in the pre-Big Bang singularity, creating the laws of physics and maths that rule the universe, and then setting it all off and, billions of years later, here we are.

The Catholic Church sees science as being another tool in the determination of truth, that's all. We believe that science and religion are complimentary, not competitive. If you are a non-believer, you may consider them competitive, and that's fine, but the discussion is how the church views them, not how you view them.

posted on Dec, 9 2013 @ 02:45 PM
link
Just because you may know why something is or something happens doesn't mean you know how. For example, early man likely knew that striking iron pyrite against flint created a spark. That's all they needed to know, but it wasn't until later when scientific knowledge came along that they learned how that really worked.

I know the universe exists because God created it. Fine.

The doesn't explain how everything in it happens. Science does that for me.

I understand that the a-religious really, really want to push us away from science, but it's not going to happen. We can know and understand science the same way that you can. Science and faith are simply not irreconcilable.
edit on 9-12-2013 by ketsuko because: (no reason given)

posted on Dec, 9 2013 @ 03:00 PM
link
I am not a Catholic but as I understand it the Catholics do not disagree with science, evolution etc. They just say that God was responsible for the big bang and everything which followed naturally was attributable to God.

Is this correct? I know a few Catholics chimed in. Please let me know if I got this right?

I also agree that faith need not conflict with science. Though I am not religious I come from a family who practice an eastern spiritual philosophy (Buddhism) and there is no conflict with life out there within it nor Hinduism.

I always saw the conflict between science and religion a mostly western one which made little sense.

Science at its core helps us understand the natural universe.

Religion at its core is supposed to help us understand ourselves and that which is beyond the natural universe (gods, spirits, etc).


Yes, as regards Catholic teaching, you are correct.


Yes, as regards Catholic teaching, you are correct.


Thank you. I thought so but I wasn't sure and wanted to know from someone who practices Catholicism.
edit on 9-12-2013 by JadeStar because: (no reason given)

Yes, as regards Catholic teaching, you are correct.


Hmm... So what is the point in believing in God, other than that it has to be some form of intelligence who had started all of this by making the Universe finite?
Do you believe that science will eventually find the creator or it doesn't matter to you since you already beleive that God is the Creator?


Hmmm ... so what's the point in not believing in God?

Yes, as regards Catholic teaching, you are correct.


Hmm... So what is the point in believing in God, other than that it has to be some form of intelligence who had started all of this by making the Universe finite?

Do you believe that science will eventually find the creator or it doesn't matter to you since you already beleive that God is the Creator?


Good question. Though I'm a scientist, it doesn't really matter to me -- I see signs of God's existence in my studies of cosmology and physics, but I've also seen things that are personal experiences, and it all kind of runs together. As to whether science can ever "find the creator", that's likely impossible -- science is methodological naturalism, so it not only has nothing to say as regards the super-natural (again, that existence outside of reality, don't think of it in terms of ghosts or ESP,) science intentionally cannot say anything about it, because it cannot be measured or observed within the framework of methodological naturalism.


I think that the only way we would ever have a prayer of either scientifically proving or disproving God is if we manage to find a way to get outside our current universe, and right now, the very best we can do is theorize about what might lie beyond it.

Now, at the rate our scientific discoveries are going, I could be wrong, but I think it will be a very long time before we manage to advance ourselves to the point where leaving our universe becomes possible. We haven't even learned how to viably traverse the boundaries of our own solar system in person yet.

Thank you.
Just two more questions if you don't mind.

Do you think that humans were meant to find God, is this our purpose?
And, by finding God, does that in the same time makes us Gods?

Thank you.
Just two more questions if you don't mind.

Do you think that humans were meant to find God, is this our purpose?

My personal belief is that our purpose is to do God's will, and, by doing that, it becoming our will, and the world becomes a better place.

And, by finding God, does that in the same time makes us Gods?


That is something akin to what the Mormons believe, but it is not something that I believe.