Biblical UFOs: The Book of Ezekiel

Blue Shift
On the scale of things that can be believed as true, a single eyewitness account is at the very bottom, no matter how people try to interpret it an add good artwork.

The bible is full of passages that mention Cherubim and Wings, just like in the Book of Ezekiel. In most cases they are also associated with wheels as well as smoke & clouds (eg. "smoke filled the temple"). And if you look into Psalm 18, it reads as if it described a scene of Star Wars.

Another problem with the hallucination theory is that Ezekiel essentially described a "Quadrocopter" with atmospheric entry capability which, from the perspective of its design, is perfectly adapted to trips between orbit and Earth ... 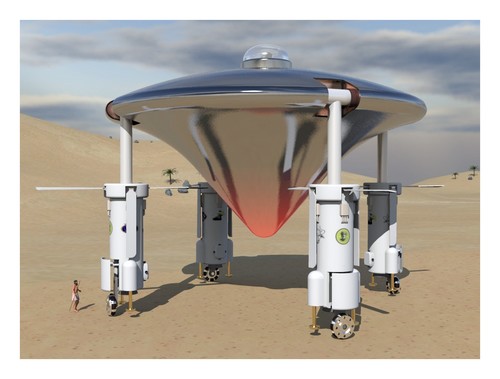 The description from which I derived the image above can be found in chapter one of the Book of Ezekiel. Of course, Joseph Blumrich also strongly inspired this recreation of Ezekiel's vision.

Let them consider its perfection?

Could be out of context slightly - in that the perfection could be in terms of construction execution and not the actual design i.e. see how perfectly built to scale as opposed to see what a perfect design.

With the construction methods to be copied as opposed to the design.

Any south side of a mountain in Israel that could be identified as a possible site - is physical confirmation of the construction possible ?


You may be right, or the 'perfection' relates to everything within that compound: architecture, layout, geometry, dimensions, construction methods, rules of conduct, regulations, purpose etc.

As for a possible location of the temple: that's the even more interesting part IMO ... the basic layout reminds me of the one built by King Solomon on the Temple Mount in Jerusalem (also see Kings 6): 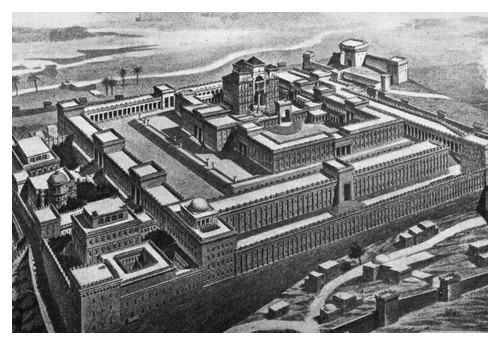 However, Solomon's temple is said to have been destroyed in 587 BCE and Ezekiel's first encounters took place years later. He most probably saw a different temple which was not near Jeursalem (which he would certainly have mentioned or recognized if that were the case).

To answer your question, I have no idea where to look. It could literally have been everywhere, since Ezekiel had been flown there ('the hand of the lord was upon me'). My best guess would be that it might have been located in the region around Mount Sinai, even if that's not within the territory of today's Israel. A very high mountain and a river flowing eastwards from the temple are 'pointers' from the text, but that's not really much ...

You might also want to look into Blumrich's analysis regarding possible locations (see here and here) ...


This is just to compile some additional information within this thread regarding the potential location of the temple described by Ezekiel. There are a few hints to be found in chapters 40 and 47, where it says:

Ezekiel 40:2: In visions of God he took me to the land of Israel and set me on a very high mountain, on whose south side were some buildings that looked like a city.

Ezekiel 47:7-8: Then he led me back to the bank of the river. When I arrived there, I saw a great number of trees on each side of the river. He said to me, “This water flows toward the eastern region and goes down into the Arabah*, where it enters the Dead Sea. 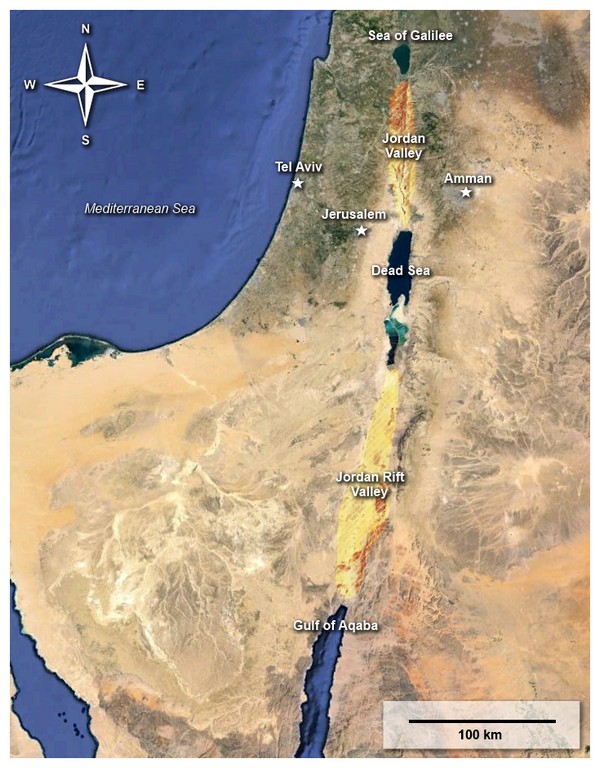 According to the above mentioned parts of Ezekiel's observation/conversation, the temple would have been located in the area around Jordan Valley, at (or close to) a small stream that flows eastwards - from the temple - and eventually becomes a river entering the Dead Sea, probably via the Jordan.

However, I suspect that such a stream/river might have even dried up to this day, perhaps without any vegetation/trees in that area. It might also be noteworthy to mention that the waters within the temple-aqueduct lead eastward from the temple into a larger stream. Also see temple overview (annotations, point 6).

Accordingly - and unless Ezekiel's temple vision was in fact solely a vision - the temple would have been located somewhere in the eastern part of Jordan Valley. So could it have been Jerusalem? For all we know, it can be assumed that Ezekiel would have identified the temple mount in Jerusalem as such (based on his time in Israel prior to his exile), if it were indeed the same compound that he saw in his temple vision. According to theological views, Ezekiel solely described an architectural vision for a new temple in Jerusalem after the destruction of the first one by Nebuchadnezzar II in 587 BCE.