Scientists: We Will Find Alien Life

posted on Dec, 6 2013 @ 03:14 PM
link
When it happens, I will troll thru all ATS posts and publicly call out the skeptics/naysayers for a public BASHING. Cant wait!

For thousands of years, humans have been wondering whether there's life elsewhere in the universe. Now, the technology finally exists to search for it.


We WILL find ALIEN LIFE does not equate to ET are coming here , I don't know anyone who doesn't think life exists elsewhere in the Galaxy yet alone the universe .

posted on Dec, 6 2013 @ 03:30 PM
link
We will find Alien life doesn't say when. is that 5 year 50 or 200 years from now. Besides I think Nasa already found it but the military has clamped a lid on it because its technology complex and local.

posted on Dec, 6 2013 @ 03:32 PM
link
There's a big difference between Alien Life ... somewhere ELSE in the universe ... out "there" ... somewhere in the vast ambiguously far far away, and Aliens visiting here.

Nice spin by both of you in exactly the same manner.
Did you even bother to read the article, or your posts are focused on the title of the thread?
Shame.
So, let me paraphrase for you...
Scientist think they reached the point in technology where they could direct resources in finding alien life.
It is quite an interesting read on how will they do it.

posted on Dec, 6 2013 @ 03:51 PM
link
Real soon we will find alien microbes..... First we just have to get up enough speed to punch through the cell walls of our tiny tiny Dr. Seus world.

but let me say this

When it happens, I will troll thru all ATS posts and publicly call out the skeptics/naysayers for a public BASHING. Cant wait!

you are essentially saying that when they find proof you are going to troll ATS and call out anyone who said "no such think as other life in the universe".

Firstly very few people actually really believe that no other intelligent life exists in the universe, yes some doubt they have visited us but very few actually doubt their existence. proving that there is other intelligent life in the universe and proving that all those Youtube videos of flying dustbin lids are the real deal are NOT the same thing

Secondly; if by the end of next year they do not find this evidence of alien life can i publicly call you out for a "public BASHING".

This is a very interesting article, just such a shame about your commentary.
edit on 6-12-2013 by OtherSideOfTheCoin because: (no reason given)

posted on Dec, 6 2013 @ 03:56 PM
link
Was the intent of this thread to preemptively gloat about something that hasn't happened yet? I mean I believe wholeheartedly that there is alien life out there, even intelligent life, but come on the OP was in poor taste.
edit on 6-12-2013 by Krazysh0t because: (no reason given)

posted on Dec, 6 2013 @ 04:12 PM
link
Imagine we do find a signal from ET but it is so far away there is no point in responding.
It will shake the world up anyhow and we will have to start to think to the far future more.
Pity all the Religious will call that new planet Hell...well they have to or their faith crumbles around.
Anyhow I hope in my life time we find ET, single most important discovery ever I just hope Iam around to see it.

posted on Dec, 6 2013 @ 04:24 PM
link
When off-world life is discovered... the religions will not flinch in deeming that 'life' not being of Earth Origin

which scriptures assure us that the full spectrum of Life-on-Earth was decreed by the Creator to be the Tree-0f-Life....

those off-world life forms are not within the network of lifeforms created-&-enumerated
detailed (in many religions) on planet Earth... So...Earth Life is unique to this planet
(and possibly different than off-world plants or creatures)
---but general 'Life' is not excluded from existing beyond the Earth..if you delve into religious text deeply enough

see...even God hides in the words & meanings in the typical Abstract and Confusing 'Lawyer-Speak'


But the piece=de=resistance will be when church theologians wilkl cite the Jesus passage that says (paraphrased)
~My Fathers House has many mansions'-... which translates that "life" itelf was never confined to Planet Earth because the 'Fathers House' meaning Heaven...having ~many mansions' was a coded message to the reader/believer that Alien lives were part of the overall 'many mansions' of all the Souls which have a place in the God scheme
edit on 6-12-2013 by St Udio because: (no reason given)

I mean seriously is it really worth all the billions and billions we spend? Its not going to make a single bit of difference to life on earth if we know or not but we might spend trillions in the end to find out. I want to know but there so much we could be spending the money on right now to help humanity.


What a MIS-leading headline: "Scientists: We Will Find Alien Life" when the only article you reference (kudos for that at least) states:

Scientists to Congress: We Have the Technology to Find Alien Life

That is a much 'smaller step for mankind than the LEAP that We Will Find Alien Life'.

As for your 'wish' for a public bashing, I'm afraid you are MIS-interpreting most people's reactions which will probably be one of : Amazement, Excitement, Fascination, Fear, Hope.....just to name a few. No need for a 'public bashing', a little immature.

It's completely natural to want to believe in something, we are explorers by nature. We want to find something new, something better, hence, inventions. But at the end of the day, there is no tangible proof that intelligent extraterrestrials, ET's exist.

There are enough countries (Over 190) in the world, that could announce anything of significance should or when they find something out there.

And, there are 7.2 Billion people and growing on Planet Earth that could produce indisputable proof.

Unfortunately, this debate has been going on for centuries, and will continue for centuries well past the time we have lived and passed.

However, since approximately 51 % of the world's population believe in a God. Although I could not find a reliable source that would indicate a percentage of the world population that believes in ET's, (probably somewhere between 30-50%), About 50% of Americans do)

We're not alone in the universe -- or so say half of Americans in a new HuffPost/YouGov poll. And a quarter of Americans think that alien visitors have come to Earth.

...........it stands to reason that most people want to believe in something that exists that is greater and/or more intelligent than ourselves. Or, at a minimum, that there is 'something' out 'there' besides ourselves. 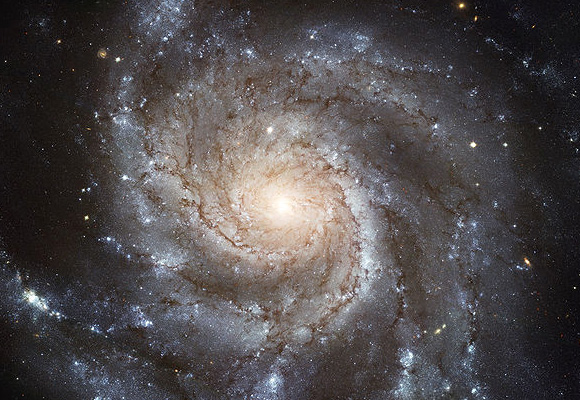 Our Solar System is part of the Milky Way galaxy, a barred spiral galaxy 100,000–120,000 light-years in diameter containing 200–400 billion stars. It may contain at least as many planets, with an estimated 10 billion of those orbiting in the habitable zone of their parent stars.

Surely we explorers will want to know answers to these questions for eternity...., but until we 'really' know, the debate between 'Believers and 'non-Believers' will continue!

ATSZOMBIE
When it happens, I will troll thru all ATS posts and publicly call out the skeptics/naysayers for a public BASHING. Cant wait!

whoa whoa whoa. Massive difference between
A. We are the only life in the universe
B. Aliens have not visited us.

I suspect you are confusing the two. Bet you will find that the majority of folks, who are not bible thumpers, who do not believe we have been visited by aliens believe that life exists elsewhere.

AliceBleachWhite
There's a big difference between Alien Life ... somewhere ELSE in the universe ... out "there" ... somewhere in the vast ambiguously far far away, and Aliens visiting here.

But it is more unlikely that ET's somewhere in the galaxy have had their own civilization for thousands of years and still haven't achieved Galactic travel.

The reason i say this is that anybody who has half a brain and does a little homework knows that if it werent for TPTB, humanity would have reached the stars years ago, we would have been closer to a sort of 'star trek' type 1 civilization and not the ignorant pieces of sh*t that we are ATM!

posted on Dec, 6 2013 @ 05:05 PM
link
Assuming First Contact has not already been made, by ignoring all those stories from the past of aliens using telepathy or even talking to random people of no particular social status, then our best hope seems to be :


Detecting an alien microbe within our own Solar System.

Detecting an intelligent signal from another civilization.


The article seems to suggest we will have the ability to detect these things for certain "within a decade".

I have to add that since the Viking missions to Mars though it seems NASA has almost been afraid of looking too hard for signs of life. Why I have no idea?

Now with other nations and private enterprise getting involved in space exploration then maybe things are about to change?

ATSZOMBIE
When it happens, I will troll thru all ATS posts and publicly call out the skeptics/naysayers for a public BASHING. Cant wait!

We will have THE TECHNOLOGY to find alien life. But ONLY if it is funded. That's the takeaway of the article you reference.

Almost no serious person thinks that alien life is impossible. What most serious people who you label skeptics/naysayers say is that we have no evidence that such life has visited our planet.

How hard is that to understand?

Alien life out there does not automatically mean alien life down here.

BTW: The whole reason I started this thread: Astronomers Detect First 'Clear Signs of Civilization' Beyond Earth - How will you react?

Was because I knew this Congress was going to have that meeting and there will be future ones.

Hopefully there will be funding so we can seriously begin the work of honing in on ET. It's pretty much an accepted thing that within the next 10-20 years we'll know of at least one planet with life besides the Earth and probably several.

posted on Dec, 6 2013 @ 05:19 PM
link
No there isn't, its quite reasonable to surmise that if there IS Alien life out there, its been around before us and after us. Given that when it happens, we can assume a race MILLIONS of years ahead of us now could well travel here without any problem at all.

AliceBleachWhite
There's a big difference between Alien Life ... somewhere ELSE in the universe ... out "there" ... somewhere in the vast ambiguously far far away, and Aliens visiting here.

So to have any form of intelligent life on our planet, I think, would be a plus.