In this topic I am going to try to ascertain the connection between atheism and communism, and I would like to try to make the link between the two philosophies.

History has given us information we are now able to make look back on a learn from it. When godless principals came into power in Communist Russia, Vladimir Lenin destroyed any opposition he was going to have. This act mainly included religious leaders and Lenin even destroyed the Churches in his country, stating that...

here is a small clip to get the thread rolling... please keep the attacks to a minimal or nonexistent state, if anyone would like to add to the topic *atheism and communism* including Mao ect, feel free to do so.

I would like to conclude with how having a Godless or atheistic moral political system is different than competing philosophies.

boymonkey74
+1 more
posted on Dec, 6 2013 @ 01:51 PM
link
Oh GTFO.
Another sheep claiming atheists have no morals.....
I find people who claim this frightening, you say that because they are Godless they have a bad moral code? well that tells me the only reason you follow your morals is because God will punish you If you do not have decent morals, so without God you would have no morals and you would murder cheat steal etc.
Morals do not come from religion they come from within, a tool to help our species carry on and live together.
Troll thread tbh...looking for a fight again?
I bet you will say the same about socialism.....

posted on Dec, 6 2013 @ 01:58 PM
link
I think you are trying to make the point that men must have a higher power telling them what to do, and whom to swear their allegiance to. If God isn't there, it's a vacuum which will be filled by the state.

Apples and oranges, my friend. Only mental weaklings have a vacuum in their hearts and minds which attract an "all or nothing" ideology.

Communism and religion both foster an external locus of control.

Communism and religion both subordinate the individual to the collective.

Communism and religion are both operated by elites that maintain total control over the language and flow of communication.

Communism and religion are both memes that have violent self-defense mechanisms and are aggressively expansionist.

Atheism is, generally speaking, the lack of these things.


I have made this topic to prove to you and the opposition who questioned me in at least two other threads when I said communism and atheism is one and the same.

we are going to try to determine that now if you are willing?

posted on Dec, 6 2013 @ 02:03 PM
link
Hitler was a Christian so does that make all Christians Nazis? Linking groups of people to a political ideology just because of that leaders belief makes no sense.


The only problem with communism is that it's always been managed by capitalists. But I suppose that comment by itself makes me a communist, right?

Oh, and when I advised that you make a separate thread focusing on the point you were intending to make in your last one, this wasn't what I had in mind.
edit on 6-12-2013 by AfterInfinity because: (no reason given)

I'm an Atheist, and due that, since there is NOTHING after death, this makes LIFE MORE PRECIOUS.
There is no god to sort things out when people or anything dies.

Since Atheism is arrived at typically individually, and Christianity and other religions are more about everyone believing in the same thing in striving to be the SHEEP of God and liking it, I propose that; Communism is to Religion as Atheism is to Individuality and Self Reliance.

posted on Dec, 6 2013 @ 02:08 PM
link
If you're truly wanting to learn something, first start with proper English spelling and grammar.

Then, and only then, you can start with the complexities of trying to equate a religious point of view, or non-religious POV, with economic theories, especially those that were enforced at gunpoint rather than with atheistic ideals.

My apologies if English is a second or third language for you, but really, you can't think with complexity in any particular language until you've mastered it enough to be able to write a simple paragraph.

To put it another way, yes, you're looking for a fight and two, you're not educated enough yet to go there. Maybe put down the bible and read some other stuff now. You'll find there's these places called 'libraries' which have a huge assortment of other ideas and knowledge available for free.

(Sigh. I'm really starting to want to request that all the bible-thumpers stick to the technology described in the OT and NT only. Since apparently your god wasn't up to inventing computers or mass communication apart from random visions, maybe stick to town cryers, your sundry prophets, and legends told around the campfire for your informational resources...)


In this topic I am going to try to ascertain the connection between atheism and communism, and I would like to try to make the link between the two philosophies.


Atheism is a lack of belief.

It's not a belief system, nor is it a philosophy.

Kind of how you're a Reality Atheist, because you believe in make-believe


In this topic I am going to try to ascertain the connection between atheism and communism, and I would like to try to make the link between the two philosophies.


Atheism is a lack of belief.

It's not a belief system, nor is it a philosophy.

Kind of how you're a Reality Atheist, because you believe in make-believe

That's a poor comparison, given that "atheist" is concerned strictly with theism and not reality in and of itself, by the same token by which you attempted to ascribe it.

Atheism is a quality, not a philosophy. It describes something as being without or opposed to theistic concepts. That is all it describes.
edit on 6-12-2013 by AfterInfinity because: (no reason given)

Philosophical beliefs bleed into the political system via ones judgement...

I am sure I am not hallucinating

I see atheism as comprising a relatively minuscule portion of that philosophy. It rejects god. The rest of it is irrelevant, for a very simple reason: atheism says what you do not believe in. It says nothing at all about what you do believe in. Being an atheist guarantees very little of what a person feels regarding the world. You don't seem to understand that. Probably because you're so used to being spoon fed by theism and can't imagine anything else. My atheism leaves plenty of room for imagination, moreso than your philosophy. It's quite nice, actually.

That's pure Marxism-Leninism right there. That's what you get when you take out atheism. Wow, not a whole lot changed, right? Imagine that!
edit on 6-12-2013 by AfterInfinity because: (no reason given)


"Therefore, Marxism-Leninism advocates the abolition of religion and the acceptance of atheism."

And in that statement the "state" became a God, a non-entity to be worshipped and put above life itself. Only irrationality requires one to operate in such a manner.


"Therefore, Marxism-Leninism advocates the abolition of religion and the acceptance of atheism."


Marxism-Leninism holds that religion is the opium of the people, in the sense of promoting passive acceptance of suffering on Earth in the hope of eternal reward.

I can't say I'm too inclined to argue with it. I gotta say, it's pretty bad when you make Russian politics look good.
edit on 6-12-2013 by AfterInfinity because: (no reason given) 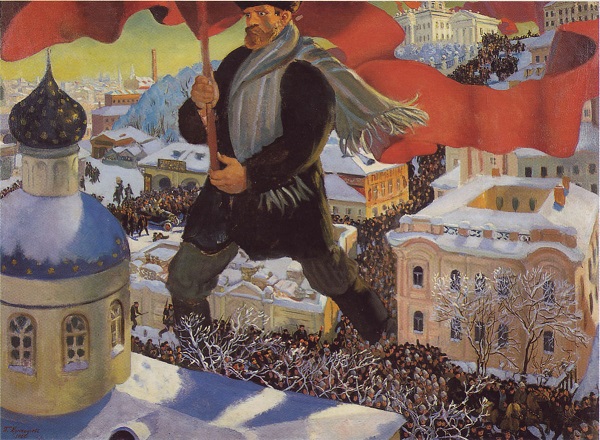 
It's against T&C's to just post a picture without explaining its relevance to the subject. I feel compelled to point out that Russians aren't the only people to look at a church that way, either. I'd be glaring at a church if its members marched on soldiers' funerals and exalted the deaths of children as a sign of God's anger at gay marriage.
edit on 6-12-2013 by AfterInfinity because: (no reason given)


The only problem with communism is that it's always been managed by capitalists.


That is such an incredibly important point. People point to how communism failed, but it was for the same reasons that our current world economy is struggling; a closed and capitalist market. No free market to be found.

In that way, I fail to see the comparison between atheism and communism. While I do feel atheism is a belief system (the reason why are OT), if it were to appeal to any authority it would be science and not some arbitrary system of governance.

It could be said that most scientific endeavors are actually arms of the government. But, in making that connection as per the OP, you have to leave an enormous amount of pertinent data out of the equation (such as christians who take part in the system the same as atheists).

I really fail to see any meaningful connection that can be made here. There are many ways to approach communism, and the ways it has been approached are almost purely capitalistic. Which, if one hasnt noticed, is exactly the same system we operate within today.

If any connection is to be made, it might be between capitalism and atheism. But even that would be grasping at straws, leaving out important details, and completely missing the root of the whole problem.

One could even make the argument that capitalist systems view money as their deity, thus disqualifying them from atheist status.

All that said, if morals come from God.. then I dont see why it would matter what ones personal beliefs are, those morals are instilled whether one likes it or not. And, that doesnt even start into those with belief in a God(s) that act in a way that completely disregards any and all morality.

So, perhaps one might look into the actual core of the issue of immorality, rather than pointing fingers at vague labels that do not encompass the whole issue.


That's the whole point: there IS no point to this thread. If you check out Sisyphus's previous thread, you'll see that I advised a new thread that didn't beat around the bush so much. This is what we got in answer.