posted on Dec, 5 2013 @ 10:59 PM
link
I thought this was pretty cool and wanted to share it. Im sure the older generation will appreciate it.

This picture below is the only known picture of the I Love Lucy sound stage. It sure brings back memories for me to see it laid out like that.

Another cool thing is, CBS will be airing the I Love Lucy Christmas show on Dec. 20th. Two cool things about that is, it was thought to be lost and, it has been colorized.

“The Christmas Episode” first aired in December 1956, but was not included in the series’ long history of reruns, according to Izzo-Emmett. The episode, previously thought to be lost, was rediscovered in 1989 and follows the Ricardos and Mertzes as they recall the arrival of the Ricardos’ son, Little Ricky.

They will also be airing the "Grape Stomping" episode which has been colorized as well.

Link for Article
So, there you have it, I hope it brings some smiles for some of you folks, and don't forget to mark your calendar! 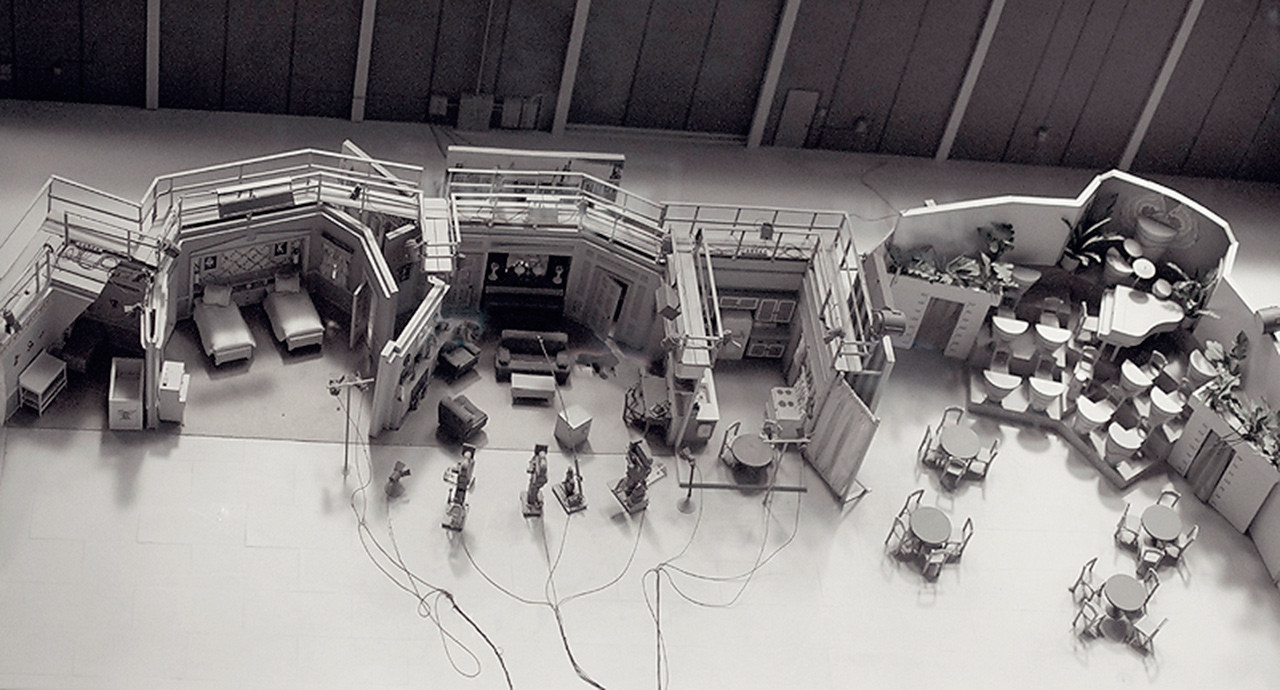 
I grew up watching the show, so for me, that is a truly awesome image that you've posted. I'm sorry that I don't have much more to add, I think that like you, I am kind of stunned from seeing it. I want to zoom in on it.

posted on Dec, 5 2013 @ 11:07 PM
link
What You are seeing in the set picture is a model of the set. There is a series of pics that takes the camera further and further away from the set, to the point where it is a model. The final one is set back to where there is literature from each section of the set.


Thanks for posting this. It's on my calendar I too grew up with the Ricardos and Mertzes. Will be watching and recording


Thank you for that tidbit of information. Now I will be off in search of trying to find the series of pictures!


S+F Thanks for posting. This is a cool piece of Hollywood history.


Nice. I zoomed in and had a tour. Each of those pieces of furniture could be auctioned off for tens of thousands of dollars apiece now.

The walkways above the rooms are interesting. What is the room on the far left, was that "Little Ricky's" nursery or something else, I haven't watched the show enough to recognize it.