The Dream Has You.

posted on Dec, 5 2013 @ 04:24 PM
link
The word Enlightenment means Insight or awakening to the true nature of reality.
what if it was all a dream.


Physical reality is defined in Metaphysics as an image being projected and then perceived by the non-physical Mind. Physical reality, from a metaphysical viewpoint, is often referred to as "not real" or "an illusion". While it is true that the physical Universe we perceive with our five senses is in fact nothing more than an image in our mind, it is nonetheless very "real". Physical Reality

They say reality is a holographic. As well as an atom is 99.9% empty space.
The holographic principle is a property of quantum gravity and string theories that states that the description of a volume of space can be thought of as encoded on a boundary to the region.

Aspect and his team discovered that under certain circumstances subatomic particles such as electrons are able to instantaneously communicate with each other regardless of the distance separating them. It doesn't matter whether they are 10 feet or 10 billion miles apart. Somehow each particle always seems to know what the other is doing. The problem with this feat is that it violates Einstein's long-held tenet that no communication can travel faster than the speed of light. Since traveling faster than the speed of light is tantamount to breaking the time barrier, this daunting prospect has caused some physicists to try to come up with elaborate ways to explain away Aspect's findings. But it has inspired others to offer even more radical explanations. University of London physicist David Bohm, for example, believes Aspect's findings imply that objective reality does not exist, that despite its apparent solidity the universe is at heart a phantasm, a gigantic and splendidly detailed hologram.The Holographic Universe


Quantum Physics has revealed what ancient traditions have always known, that matter does not exist. The concept of substance, from the philosophies of Aristotle, was thought to be matter. In reality, the substance of the universe is consciousness.
Matter does not exist.

Edgar Cayce stated, "Our every thought starts to build reality. Every thought is like a spider spinning a web and that web continues to build and build."

In Sacred Geometry we can see natures first pattern, The pattern human cells are first formed in a human fetus. This pattern is a fundamental part of the holographic universe. 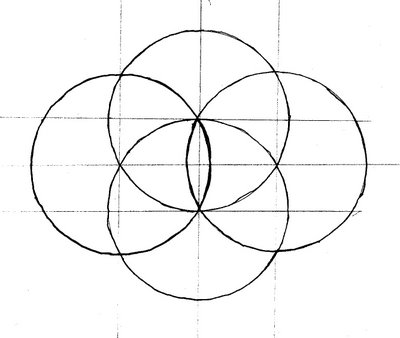 The Universe may be in the shape of a Dodecahedron, in which we can find the golden Ratio.
The golden ratio can be found all throughout the universe on humans plants galaxies even matter.

The standard model of cosmology predicts that the universe is infinite and flat. However, cosmologists in France and the US are now suggesting that space could be finite and shaped like a dodecahedron instead. They claim that a universe with the same shape as the twelve-sided polygon can explain measurements of the cosmic microwave background – the radiation left over from the big bang – that spaces with more mundane shapes cannot (J-P Luminet et al. 2003 Nature 425 593).
Is the Universe a Dodecahedron? We can find the golden ratio in matter. Golden Ratio Discovered in Quantum World: Hidden Symmetry Observed for the First Time in Solid State Matter


goldenratiomyth.weebly.com...
It has been found recently (in 2005, actually), that the golden ratio plays a significant role in atomic physics in that it governs what is known as the Bohr radius (the radius of atoms and ions that enables quantitative discussion of bond lengths between atoms and partial ionic character (D. Yu et al.)

The Golden Ratio can be found in the fractal computer generated representation of the universe. So we find the golden ratio in everything almost the universe itself in general.

If reality is an illusion of the 5 senses and holographic what about the Dream Argument?

The dream argument is the postulation that the act of dreaming provides preliminary evidence that the senses we trust to distinguish reality from illusion should not be fully trusted, and therefore any state that is dependent on our senses should at the very least be carefully examined and rigorously tested to determine whether it is in fact reality.

This may be why they have demonized the Pentagram, insinuating it be evil or satanic. But really we can find the golden ratio in the pentagram.

Enlightenment must be like realizing this is a dream,and an understandance of our dreams where our five senses are being decieved by the mind. How do you know your mind is not playing tricks on you? I would Imagine Enlightenment would be like Realizing your dreaming in this reality like a lucid dream. Kind of like neo in the matrix where he lives a double life whenever he went to sleep.

A lucid dream is any dream in which one is aware that one is dreaming.
So i would imagine that it would be like Realizing that this reality is like a dream where everything is a projection of the mind. Max Planck said that we must assume an intelligent mind behind the matrix of reality. is reality a manifestation of our minds? or is the substance of the universe really consciousness?
what does mind over matter really mean?

We see the Golden Ratio almost everywhere so is it really true that everything is the same? what if the world outside your mind was imaginary and you were really dreaming, but just unaware of being asleep in some kind of alternate reality. What if these kind of things are the reasons people like Israels Netanyahu had told someone that they werent real?

Enlightenment must be like realizing this is a dream,and an understandance of our dreams where our five senses are being decieved by the mind. How do you know your mind is not playing tricks on you? I would Imagine Enlightenment would be like Realizing your dreaming in this reality like a lucid dream. Kind of like neo in the matrix where he lives a double life whenever he went to sleep.

Well, I think that kind of realization is conducive to enlightenment but not enlightenment itself. In order to gain enlightenment, I think we actually have to leave the Matrix and come back again. We have to go past the waking state, past the dreaming state, and past the state of deep dreamless sleep to the level of consciousness that Hindus call Turiya. Where atman = brahman.


It is true that matter is an ill-defined concept. But consciousness is just as ill-defined.


In reality, the substance of the universe is consciousness.

Out of curiosity, how did you arrive at this conclusion?


In Sacred Geometry we can see natures first pattern,

Yet we cannot find a perfect circle anywhere in the known universe. I wonder why?

posted on Dec, 5 2013 @ 06:23 PM
link
Very interesting and enlightening tread, s&f for sure. I really think what you brought forth is in part the foundation of things and the way "it"is.

Thanks for taking the time to add enlightenment and enjoyment to my being...

Dreams reflect our waking lives, but in a distorted manner. We accept these distortions when we are in the dream because we exist there under the Law of Dreaming. While we are under this Law, we never stop to think (and I have come to believe we cannot think) of where we really are. And where is that? Of course! We are, generally, snug in our beds. When we awaken, we say “Oh, it was only a dream!” and we get on with our "real" lives, under the Law of Waking. We think, if we think about it at all, that we now know where we are – right here and now – but I cannot help but wonder if “where we are” is yet another place, still unknown to us.

Centuries ago, early anatomists dissected cadavers, looking for the “seat of the soul.” They failed. If you read the story of the creation of Adam/Man in Genesis, and really understand it, you will know that man was not given a soul, but BECAME a living soul when the Breath of Life was breathed into a non-living body. Naturally, by the time the dissectors got their hands on the corpse, the soul was non-existent, and the breath/spirit was long gone. More recently, the theory was concocted that consciousness is a product of chemical reactions in the brain. As far as I know, this theory has failed, as has the one which postulated that consciousness is produced by electrical activity in the brain. What are we left with, then? Are we looking for something ephemeral or even ineffable? There is a school of thought which speculates that the brain is merely a transducer for the Mind, and that implies that our minds may well be in another place, but the nature of that place we have no knowledge of, being as we are, under the Law of Waking. Be aware that I am Philosophizing, not Scientificating here…

I have come to believe that when we move on into the “far country,” or rather, step over that barrier which we must all step over [death], we will awaken and say, “Oh, that too, was just a dream!”

[I made a few changes for clarity.]

posted on Dec, 6 2013 @ 04:29 PM
link
Knowing your are Dreaming changes little. Unless you are able to control the aspects of the Dream. I am lucid dream and often know when I am dream although it does little to change the circumstances or nature of the dream.

Although I do know I have control within the dream much more than I would in this so called reality, but I also do not feel the influence of anyone within that "Dream Universe" other than myself. Now in this reality I feel subjected to the minds, wills and whims of others. Therefore even if I decided to change the laws of physics someone else will hold dearly that those laws exist.

And if I am at that edge of that cliff what do I do if,

I have forgotten how to fly...

abeverage
Knowing your are Dreaming changes little. Unless you are able to control the aspects of the Dream. I am lucid dream and often know when I am dream although it does little to change the circumstances or nature of the dream.


The dream is just a movie - it just plays.
Realizing that it is a dream will not change anything within the dream - as it is just light moving about - just a play of light.
However - if one realizes that it is a dream (just a movie) then one can be entertained, be amused - rather than believing it can harm you.

Even in the supposed waking state 'what is' arises presently and is seen presently - the play of light is playing a movie and you are just seeing it.

Too bad this dream is always the longest.
I hope I can wake up anytime I like, just like when I realised the other dreams were just dreams.