posted on Dec, 5 2013 @ 03:43 PM
link
Just on BBC News , apparently something has happened and They are saying it may be regarding his death.

Rumors are spreading on Twitter and other social media sites saying that former South African leader Nelson Mandela, known as “Madiba” to many, has died on Thursday.
…
“No, I haven’t heard anything about that,” his grandson, Mandla Mandela, told IOL, referring to the meeting.

I hope when my grandpa dies I learn about it from Twitter-verse.
edit on 5-12-2013 by boncho because: (no reason given)


Very sad, not unexpected but I was hoping he'd make it much longer.

A man way ahead of his time who was trapped in his time, and forged it forward. RIP.

His funeral should be a gathering of the world's elite, the world's activists, and the world's humanitarians. South Africa had the option of total civil war and total hate, and then Mandala came out of a confinement which few could endure and did nothing but express love and reconciliation for all his fellow countrymen. 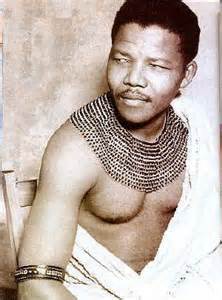 
Yes, he passed on. He died from recurring lung problems.

Confirmed on our local news channels.

On to a better place.


Ahhh, rest in peace and we will see you in a better world.

Oh look, the rodents have arrived. Go away?

Here is Nelson Mandela with the Spice Girls, whom he called his "heroes": i1.cdnds.net... …

Mandela... He's the one who's friends with the Spice Girls, right?

Here is a link to Business Insider for the story

Please have some respect, he was a grate man, if you disagreed with him then that is fine , but please have respect for the man and his achievements

History my friend, is written by the winners. Had Mandela not triumphed it would be just another dead communist/terrorist, -insert label here-.

While his life will be celebrated, one could argue about all the people who had better character that won't be.
edit on 5-12-2013 by boncho because: (no reason given)