The first police raids to take legally purchased guns commenced in California. The state has the strictest gun laws in the country now, and is definitely not pro Second Amendment in the state. California has been gearing up for this moment. Now they have made a move to confiscate legally purchased fire arms. They have expanded on their list of “prohibited persons” to have fire arms to include minor misdemeanors and “mental health concerns”. Some of the people are being not allowed their Second Amendment rights for various reasons including being behind on their taxes

It appears they are going after guns in California. If you have a registered gun and it is now deemed illegal or you are a 'prohibited person' then you can expect the militarized police to give you a visit. Many law abiding citizens register their guns because it is the 'right thing to do' have done nothing but let the gun-grabbers know what they have and where they live.

They are going after good citizens, citizens with very minor criminal records, meanwhile the criminals with unregistered guns do not have this problem. The result criminals get to keep their guns, while American citizens are stripped of their 2nd Amendment RIGHT and will be unable to defend themselves from the criminals with guns.

Does anyone still believe that gun registration does not lead to confiscation?


I think if there were any doubts, they should be laid to rest now. At this rate, only criminals and those who can afford certain priveledges will have them. Leaving the rest of us to fend for ourselves with other means. I dont think everyone should have guns, but i can plainly see tptb are trying to minimize the availability. Cali will soon join the ranks of NYC and Chicago. If you cant afford to play the game, you will certainly lose.


Arnie wouldn't have stud for this wounder if he will really be BACK to cap Jerry Brown.


California Governor Jerry Brown vetoed several gun control bills on Friday, a move that essentially rebuffs an effort by fellow Democrats to enact a sweeping expansion of firearms regulation in the most populous U.S. state. Brown vetoed the strictest bill, which would have classified any rifle with a removable magazine as an assault weapon, calling it an "infringement on gun owners' rights." "I don't believe that this bill's blanket ban on semi-automatic rifles would reduce criminal activity or enhance public safety enough to warrant this infringement on gun owners' rights," Brown said in his veto message. He also vetoed a measure that would have banned people from owning a gun for 10 years if they had been convicted of substance abuse violations or ordered to undergo outpatient mental health treatment. Brown did approve a measure to ban kits used to convert standard guns into semi-automatics with large capacity magazines, which he described as closing a loophole in existing state law. California's actions come amid national political lobbying around gun control, as lawmakers struggle to balance calls for more regulation following mass shootings against fear among gun rights supporters that their constitutional right to bear arms may be violated.


If I were a gun owner in Cali right now I would make sure I went out, found a quiet location and buried them for later use.

There is no way in hell that I would give over my property just because some ass in office said I had to. And that property would not only be a gun. Any property of mine is just that...mine.

If you willingly hand over your guns, property, freedoms, rights etc... what comes next to your family and Country can only be blamed on you. And IT IS coming

posted on Nov, 30 2013 @ 10:56 AM
link
It is happening now in California. This isn't a just a letter saying your guns are now illegal, there are police busting down doors and putting assault rifles to citizen's heads and then taken into custody while they confiscate fire arms.


The state hired 20,000 more officers in preparation for the new confiscation legislation. They also authorized more than $24 million in new gear and weapons for their confiscation team.


A police officer came to the door and lured Mendez out of his house with a story of a hit and run report. Once outside, he had M16s pointed within inches of his face, was taken into custody and had all weapons removed from his house.

Just call the cops out to your house and report all your guns stolen.
Everybody in Cali that owns firearms.

That way they have it on record that you no longer have them.
Then go next door and bring em all back.
We're all criminals any way right ? Might as well start acting like it.


when the guns get seized like this, MAKE SURE to get the NAMES of every REDCOAT(badge) that participated in this.

For when the day of reckoning comes, ALL REDCOATS will be the FIRST to be dealt with.

I am tired of hearing the "don't blame the cops, blame the training".. well, there mere existence as a cop SHOWS they have NO HONOR, NO INTEGRITY, and NO PATRIOTISM..

the people who choose to FOLLOW orders... are WORSE than those that GIVE THEM..

The writing is on the wall for all to see, either move, hide your guns, or surrender your rights.

The joys of Living in California...


the sheeple? they will ALWAYS obey the "law".. no matter HOW corrupt, how TYRANNICAL..

what do we even have the 2d amendment for? everyone is just gonna "make a stand when they come to my door".. COMPLETELY POINTLESS at that stage..

Why can't the COPS live in FEAR of Vigilante justice whenever THEY CHOOSE TYRANNY..

Count me as ONE who will REMEMBER... once SHTF, I will go after REDCOATS and former REDCOATS instead of whatever foreign Army is invading.. Those that CAUSED IT ALL will pay.. I do not care if I pay, as long as THEY PAY..

why not every county gun owner assemble outside the police dept and DARE THEM TO COME TAKE THEM?


Well this is the only way I can see around straight up
firing on the cops to defend your rights. Nobody wants
to do that if they have a lick of sanity. And those that do
won't survive obviously. So IDK. It's been so damn obvious
what they were do'in in the first place with their country wide
drills gone sour fakery TV.

The conspiracy has always been real.


Depends on how many liberal minded politicians run your state.Mine is Colorado so we are fight them now. They SURE AS HELL DO NOT have the power to go door to door without a violent altercation and they know it.

posted on Nov, 30 2013 @ 12:01 PM
link
The only good gun is a gun they don't know about, preferably a stolen gun. IMO if you are going to use a gun (for anything besides hunting or target practice) the person you are using against will be dead. Hide the body if possible and don't worry about the ballistics report. Even if caught defending your family with a stolen gun you are going to have much larger issues to deal with anyway, who cares about the gun charge.

The market for stolen guns is going to go through the roof with this kind of jack booted thuggery. With 40% of Americans being on some kind of mood altering prescription drug there goes a ton of legal guns.

I am guessing that by the time you added up all the cops, the 1% and the hardcore religious gun owners not on prescription drugs there just are not many folks left anywhere that will soon be able to legally own guns.

I have no problems with a gun free Country. I have a huge problem with only criminals being able to own a firearm.......

Had to add: For those that claim guns are there to defend us from a Government out of control all I can say is bull#! Not only will you stand at your door and give them the guns you always said they would only get from your cold dead hands but at some point you have to admit, your simply outgunned these days.
edit on 30-11-2013 by Mamatus because: added content. 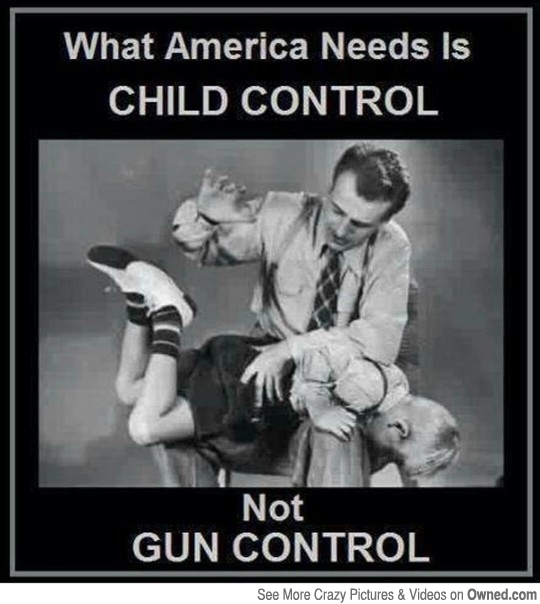 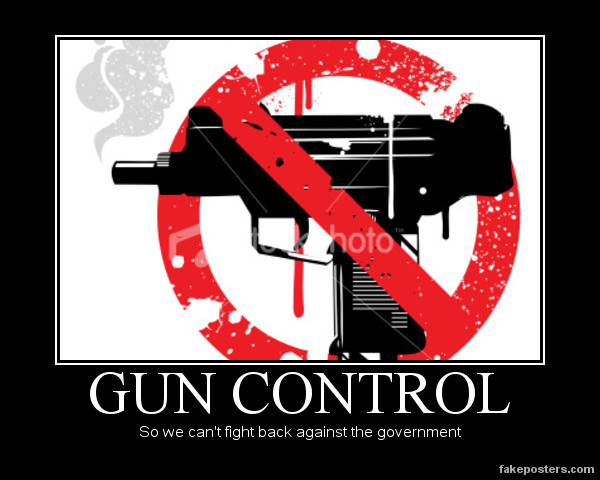 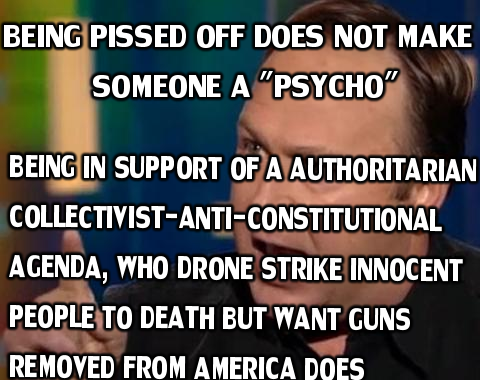 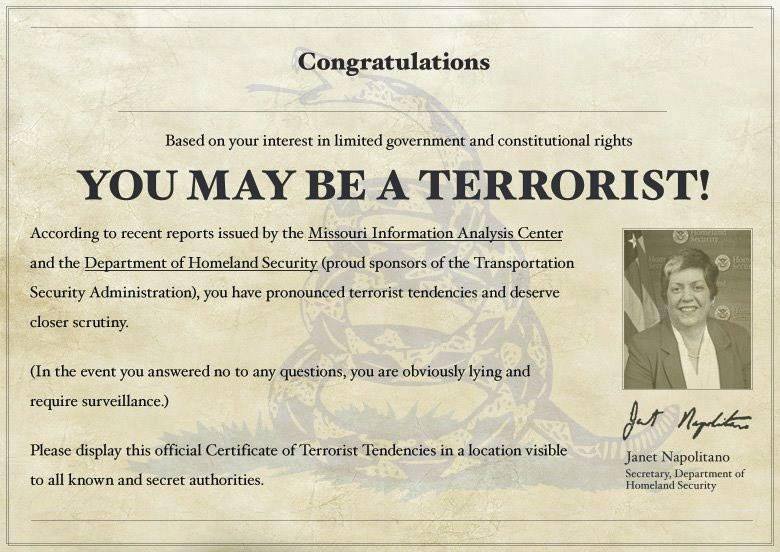 Here for your protection...... 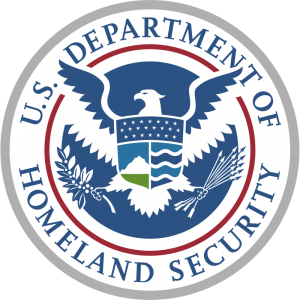 this news report says that he was recently admitted into a mental institution....so all of you alex jones fans don't care if someone has gone into mental institution, comes out, and still allowed to keep guns he had purchased?...how about a guy that went psycho that lived in your neighborhood, and he went into a looney bin...you wouldn't mind if he went home, and had all of his loaded weapons around him?


Obviously the only option for free patriotic Americans in California is to insure they have a weapons cache available. Bury / hide most of the guns, keep the one's they're going to require out of the hands of the cops.

As mentioned before, report all of them as stolen or lost in a boating accident. Let the cops have a couple of old .22's or Mosin Nagant's. Keep all AR and AK's secure. Also make sure all high powered, scoped hunting rifles are secure as they'll be needed for the long range targets.