posted on Nov, 29 2013 @ 10:57 AM
link
I've lurked on ATS for a while now, but various things have stopped me spending too much time here (mostly work, family troubles, and too many hobbies).

I grew up on a remote island in the middle of nowhere with only a few hundred people and no cars. It was a very different way of life. Based on aptitude tests administered at school when I was a kid, I was given a scholarship and sent off to private school at 11. I was expelled when I was a teenager though, and decided to home-school myself, I got good grades and went off to university.

I've never really trusted the public education system (or committed to it). I was lucky enough to be born pretty smart (my IQ is in the top 0.1% of the population) and this has undoubtedly helped me to succeed despite some laziness and a highly non-conformist outlook. My first degree was in Religion and Philosophy, and I had a great time at university, but was pretty disappointed with the actual education (and this was a good British university -- consistently ranked well into the top 10 in all league tables). Years after graduating, I wanted to explore some ideas I had regarding the emergence of mind, not from matter, but from informational systems. This turned into a lengthy piece of philosophy that eventually earned me a PhD from an unaccredited university.

I started studying martial arts when I was a kid (my granddad was a hand to hand combat instructor for the British armed forces in WW2) and got into Kung Fu when I went away to school. When I was expelled, I threw myself into it with more fervour, and earlier this year I was awarded the rank of Qinglong (Azure Dragon -- or 7th dan black belt) in Paochui Kung Fu from the Shaolin Athletic Association. Over the years I've cross trained in Chen family Taijiquan and Wing Chun, and done little bits of other martial arts too. I've also practised Taoist Qi Gong for about 15 years.

I've had a lifelong interest in the occult (despite my dad being a liberal Christian minister and my mum being an atheist) and a fascination with cults (which, I think, led to my studying religion at uni). I studied the western mystery tradition and performed the operation known as 'crossing the abyss', practised shamanism and chaos magic, and a few years ago took initiation into a tantric sect. To be clear, I don't regard any of this as religious, per se. Rather, I see occult practises as a kind of spiritual technology, and a way of unlocking human potential.

While at university studying cults, the philosophy of mind, knowledge and language, and political philosophy, I became very interested in the idea of social control and mental manipulation. This led me to study the psychology of compliance, teach myself hypnosis, and research manipulation techniques. After a slew of jobs (including removal man and data inputter at a finance company) I finally put some of that knowledge to work, and got a job in advertising. I've been quite lucky writing for advertising, and I've won a handful of awards and a pinch of recognition. I also write in other functions -- short stories, poetry and articles.

I'm generally a pretty normal guy -- I'm happily married, play blues guitar, and like the occasional drink. I've had a casual, but long lasting, interest in conspiracy theories and the like because they tie in to a lot of my other interests in the occult and philosophy (A.I, E.Ts, etc.)

So, I'm glad to be here, and hope to learn a lot. And, of course, if anyone needs any info / help in regards to martial arts, the occult, philosophy, or social manipulation, I'm always happy to help out however I can.


Welcome to the Asylum. Tin foil hats provided upon request....enjoy the ride....(insert thumbs up thingie here).

one of my good friends also is into eastern stuff and has shown me a few vids of people being tied in knots my some old guy from across the room .

Here ya go...you get the tin foil hard hat...due to comet ISON still being a viable threat....

posted on Nov, 30 2013 @ 07:53 AM
link
reply to post by EmperorFaustus
Welcome to ATS,and enjoy your staying here,for good times and bad times,ATS is always here for us.


Welcome! I think there are several forums where you will fit right in. 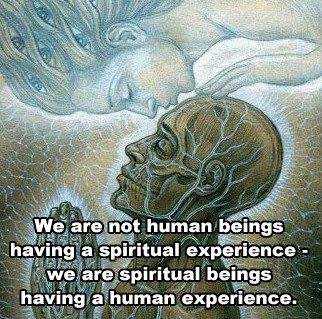