posted on Nov, 29 2013 @ 09:24 AM
link
My first weather related thread in quite some time, so hopefully it comes as a respite from the usual theme of thread.

OK, so this thread is more pertinent to those in the UK of a potential cold spell arriving over the next 5-8 days. When I say potential, I mean potential for disruption.

Now before I go any further, let me mitigate the usual responses to threads like this from those of you who cannot see the bigger picture…

YES, WE ALL KNOW WINTER BRINGS COLD AND SNOW but that Is not why I post these threads, I do it because contrary to belief, there is a large population in the UK who live rurally and conduct their lives rurally who are more likely to be impacted by bad winter weather, notably Ice and Snow. Not to mention the bias from the general media weather service towards London and other centers of population – and at times the general vagueness of the reports, with occasionally little lead time.

Now that that’s out of the way, let’s discuss it…

The weather patterns over the previous few days and the projected patterns over the next few days are complicated to say the least. A lot of problems at that the models are struggling to grasp is what impact the Canadian/Alaskan setup will have on the UK, believe it or not, there is a link. 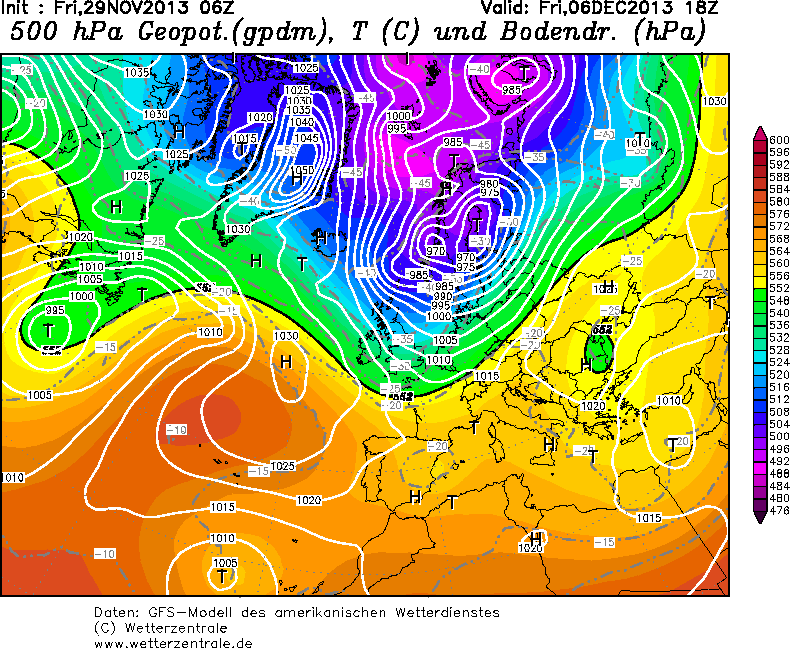 One of the leading indicators is the position of the Polar Vortex. This moves and can split. As a general rule, we don’t want to see the PV over Greenland.

The upper air temperature could be at or below -10 for much of the UK during this period, negating any kind or marginality. (Generally if it’s below -5 to -7, it’ll be the white stuff) 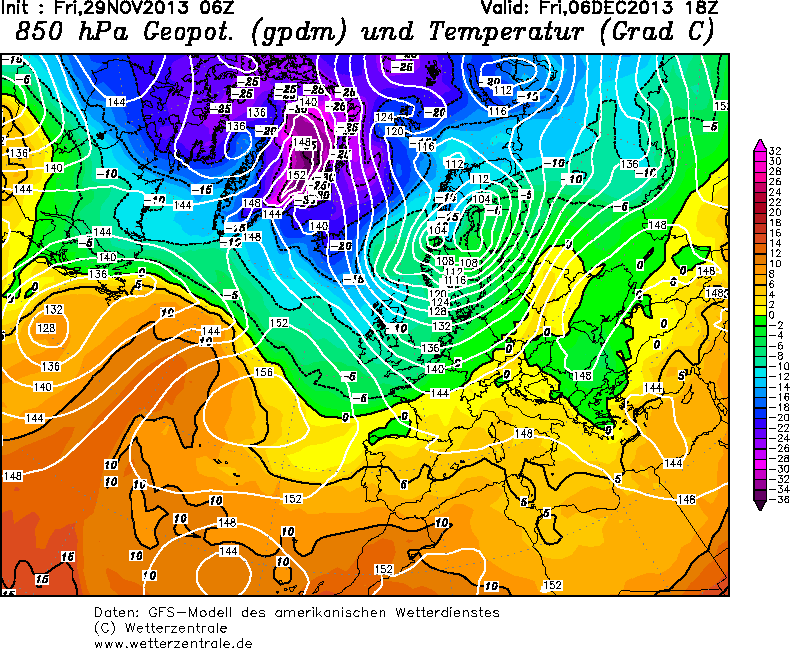 What we can expect to see is a steady increase in Arctic Maritime Air spill down over Scotland on Wednesday, through Wednesday night. The air will be chilly and with a trough moving towards the colder embedded air from a deep LP. We will start to see the change to snow over the high ground initially, providing blizzard conditions for the higher routes in Scotland and N England. In northern areas we will see snow down to around 500m to start off with. As the week progresses we will see that colder air become more established and snow showers rushing in on the brisk wind, occasional blizzards sweeping from the N as the week draws to a close. The further N or E you are (IMO), the more potential for disruption. 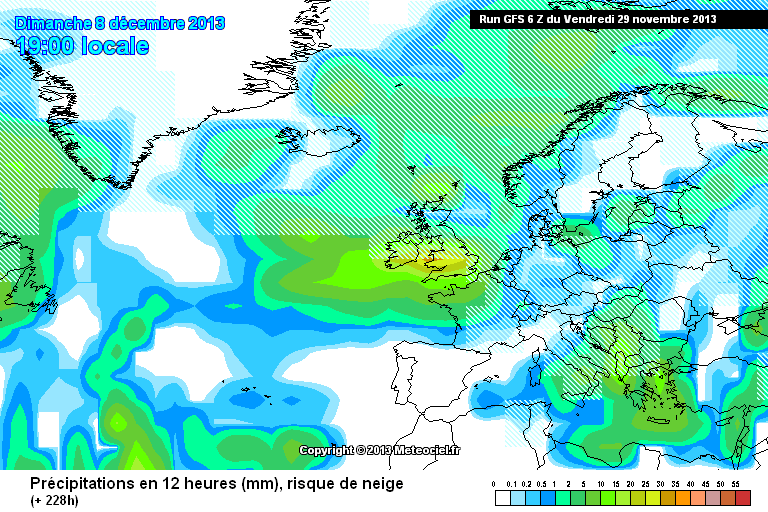 As the new week begins, we will see a respite from the heavier snow but it will remain cold with possible ice days as the wind veers more E’rly, not ruling out all show as North Sea convection may aid a few further showers off the E, but there are tentative signs that we could lead to a more mobile milder set up or a re-load of the cold in time for Christmas, such is the nature of forecasting out with a reliable time frame with so many “unusual” variables. Neither of which I am sure about yet as that really is pushing the boat out. 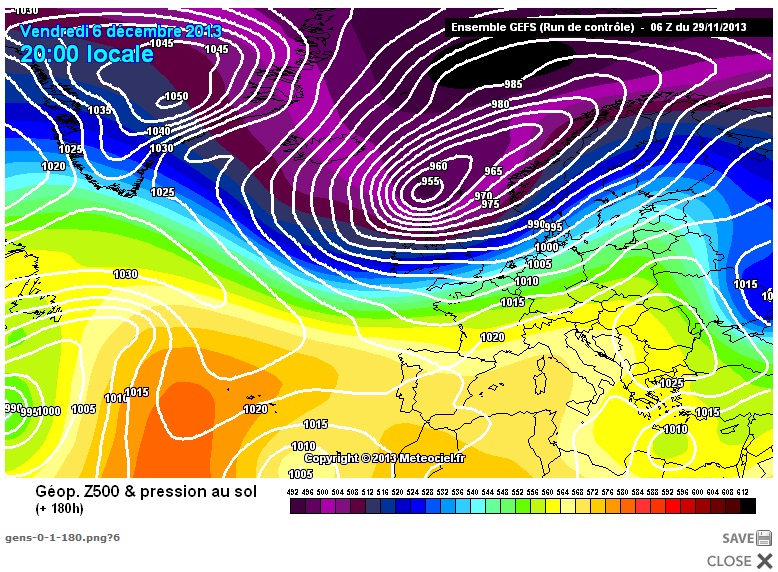 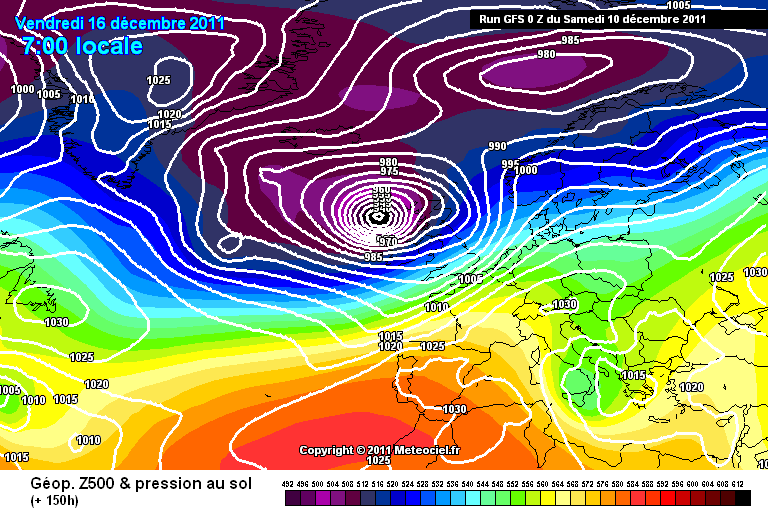 I will try to keep up with this thread and post further updates if I can.

Please don’t look at the Express or the Mail for your sources as these will definitely tell you The Day After Tomorrow is here!

**Please bear in mind that this is pushing the boundaries of what I normally forecast but given the complexities and potential of what is going on with the upper atmosphere and the downstream effects closer to home, I feel that it warrants a thread in good time (for potential).


Thank you, this is appreciated. My parents are in rural Aberdeenshire so I'll give them a heads up to stock up in the next few days.

posted on Nov, 29 2013 @ 09:40 AM
link
Thank you so much for this...it's a worrying forecast for sure. I'm in rural Aberdeenshire too, at almost 1000 feet up, and the roads are rubbish on a good day. I will be watching this with interest, and for what it might be worth, I have a feeling this might be a really bad winter. We've had a few real monsters in recent years, and they're really no fun. I'm just wondering if I can get into my new house before Christmas instead of waiting for the end of the month!


If Scotland get independence does that mean you will stop sending your weather down here ?
You Scots are used to it but we poor sassenachs aren't good with the cold and I really don't like the look of all that purple on those prediction maps ... that looks really cold .

An impromptu visit to my sister in Spain may be in order this Christmas .

Thanks for the info


Being used to it isn't always that much help. -20 with no central heating isn't fun for the tenth time any more than the first. As much as the cold, it's the road conditions that cause the biggest problems. Some don't even get gritted no matter how much snow we get. It's just rubbish really.


I feel for you, really, it's always an extra cold cold in Aberdeen, if you know what I mean. Good luck with that move, hope it's fast! 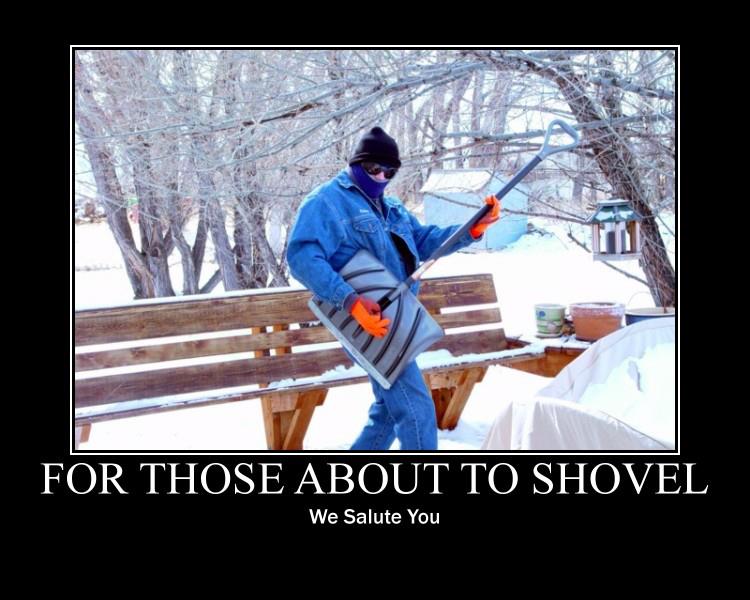 
We'll send it annually, i promise. We can't have all the good things you know

posted on Nov, 29 2013 @ 11:09 AM
link
i live right up in the highlands of scotland and this makes me lol i have seen snow twice in the last few months and only last week it was minus 7 .

when i arrived home last night i remarked to my neighbour how mild it was for the time of year and less than 3 hours later bins were getting blown down the street .

but minus 20 is normal for my area in 1997 it was minus 35 with a wind chill of minus 52 i know it is something to do with the earth wobbling on its axis every now and then bringing us into the artic circle .

to all americans the u.k had 30.000 EXTRA deaths last year according to the bbc that is 10 of your 9-11s and not a smeak about it nobody is going to war over it .

posted on Nov, 29 2013 @ 12:35 PM
link
Ah, the bitter cold winter is about to arrive, just in time to cull the old and impoverished. Last year there was a significant rise in deaths due to the cold spell that seemed to stay around forever.

But as long as those energy companies keep making profits for their rich investors, that's a small price to pay.

yeah .. to be fair .. when its really chilly n snowy here .. i do spare a thought for the folk in aberdeen, to kinda make me feel a bit better about what i have to endure ...

Im currently stocking up on loads of ryvitas, rice cakes and organic peanut butter ... loads of it .. purely cos i seem to have developed an addiction to them, and all nuts , and i bulk up on all things i know will get used ... but handy to know i have a good supply, in case roads disappear under a layer of snow again, and / or power goes out .. i guess i cant live on them alone .. but so far they seem to be a major contributor to my diet, and tesco is doin a great deal on organic pnut butter ..

Also doing a good deal on organic porridge just now .... and i have plenty of dessicated coconut ... so .. worst case .. long as i can boil up some water ... within minutes, it can be turned into coconut milk using the desiccated coconut .. makes an absolutely delicious organic coconut milk if you enjoy that kinda thing .. faar superioor to the coconut milk with added sugar and chemicals they sell in the stores .. and can be made as required .... and chuck some of the remaining valuable used coconut into the porridge, to benefit from the coconuts amazing fibre and other properties that were not extracted ...

i actually just meant to comment on the weather .. and started rambling on about these things .. but they make sense to me .. to have a good supply, which will keep just fine, in the cupboard, right through winter ... but also .. just if you generally want to get off dairy products too and are struggling for a replacement for milk ... i actually make my own coconut porridge, all organic ingredients, and coconut milk .. but i should really save all that for another thread ...

posted on Nov, 29 2013 @ 12:48 PM
link
although i dislike all the snow and UK or europe being under a sheet of ice ... when it does happen .. amnd am cozy in the house .. i love checkin the online webcams out .. round glasgow, aberdeen, etc .. seein the folk battlin thru the snow ... cars sliding .. people sliding ... of course im not looking to see anyone injured ... just good to see, while im in the warm house, sipping a warm green tea ....
Times have changed a bit .. from when we could only look out the window, at the cars and people sliding and being stuck ...


Mr McLeod...did you used to hang around the hip forums ? I remember another Scottish McLeod from over there, maybe just coincidence but I'm curious.


Oh yum...coconut porridge! I have to try that. I didn't know that about making your own coconut milk either...very useful. Cooking hot food when the power goes out is a bit of an art, and worth practising. It helps a lot if it's very cold and you're struggling to keep warm.

Right back OT...as we were!
Rainbows
Jane


You've given a viable forecast, but it's far from set in stone yet..... 7-10 days is a hell of a long time in weather forecasting terms and a lot can and often does change in that time frame, personally, whilst I think we may well see a brief cold spell later next week, I don't think it's going to be anything to write home about....... I see that you take your charts and forecasts from Netweather.....are you a member there?

He gave us a 7-10 day heads up about hurricane Bawbag....and he was right.


Well he may very well be right this time.....In my opinion, using the same sources that he does, I don't think it will be a particularly severe event.....but we'll see.