An 5.7 magnitude earthquake near an Iranian nuclear plant has killed seven people and injured 30, according to authorities.

So this news is just breaking but it's happened near a nuclear power plant, not another Fukushima on our hands?

I'll try to add more as more news comes out.

The quake's epicentre was near Borazjan, around 60km (35 miles) from Bushehr, where Iran has its Russian-built reactor. 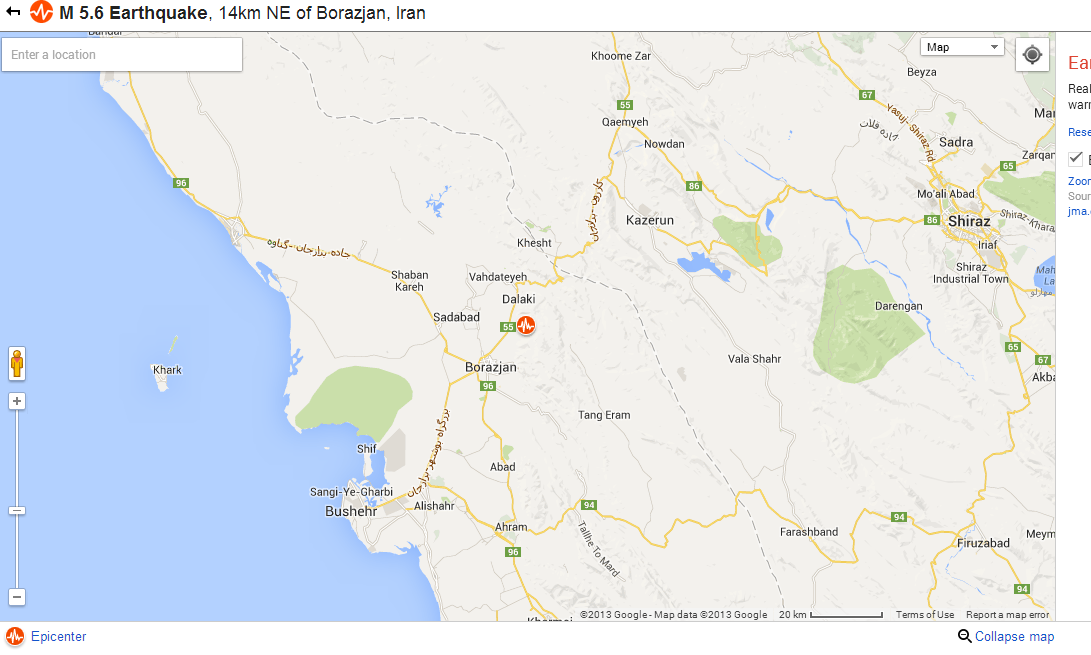 Iran's Arab neighbours across the Gulf have often raised concern over the reliability of the Bushehr plant and the risks of radioactive leaks in case of a major quake.

But Iran and Russia insist it respects international standards under the supervision of the UN nuclear watchdog. 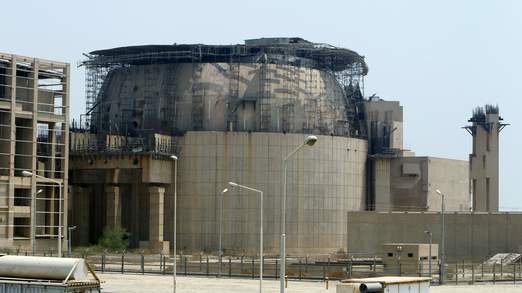 The Bushehr nuclear plant in Iran.
edit on 28-11-2013 by skyblueworld because: added pic


Was the plant operating at the time and did it SCRAM?

skyblueworld
So this news is just breaking but it's happened near a nuclear power plant, not another Fukushima on our hands?

The earthquake in Japan was an 8.9 which triggered a 24 foot tsunami that caused many of the problems in Fukushima.

Chances of a tsunami for where you just posted are basically null. =)
edit on 2013pAmerica/Chicago3012ppm by opethPA because: (no reason given)

IAMTAT
Wow. I wonder if there's any damage to the reactor.


Probably not from the earthquake itself.

The damage that earthquakes with magnitudes of 5.0 to 5.9 can produce varies. Near the epicenter, quakes on the middle to upper part of that range could leave negligible damage in buildings of good design and construction, but considerable damage in poorly built or badly designed buildings, the USGS says.


Yeah I just read that, I hope this plant can survive frequent earthquakes. I've also read that Iran has at least one earthquake a day due to it being on fault lines.


It's the 2nd time this year that this power plant has endured an earthquake.


Still waiting for a full report of the story.

posted on Nov, 28 2013 @ 12:47 PM
link
AND! Iran has the right to do what it wants....
US over here however cannot use obviously safe power production practices like responsible Iran.

The U.S. some of whom are fighting for Irans right to safe nuclear power, seem to be the same who feel nuclear power is complety unsafe for us to utilize, along with hydro power. However they do promote wind and solar despide the birds that are dumb enough to fly into the windmills and be blinded by the glare off solar panels.

Sorry, off topic....here is the point..
EVEN IF IRANS NUCLEAR PLANTS BECOME IN DANGER BECAUSE OF TECHTONIC ACTIVITY
WE DONT CARE BECAUSE THAT WOULD PUT IRANS NUCLEAR PROGRAM IN A BAD LIGHT
AND WE (US GOV/SOME PEOPLE) FEEL IRAN DESERVES NUKES....SO WE WON'T NOTICE

please move along people, nothing to see here


It's the 2nd time this year that this power plant has endured an earthquake.


That area has been dealing with earthquakes for how long ?
The problem at Fukushima was a massive earthquake followed in quick succession by a massive tsunami.
You can somewhat engineer to handle one or the other but not both together.

posted on Nov, 28 2013 @ 12:50 PM
link
Well, the chances of damage at the reactor sort of depend on how much the regime in charge values their populace. Regimes that worry about their people won't cut corners and try to build to meet the expected potential hazards of the region, they build long-term. Japan did try to build to meet all eventualities or at least their building codes are supposed to be designed for the seismically active region their country is. Contrast that with the former USSR who build Chernobyl with a flawed design and basically spent endless manpower to cover it up afterwards.

Now, we can argue about how competent Tepco is or isn't in handling the aftermath of disaster, but ask yourself which reactor is/was probably better built to withstand a large-scale seismic event in the first place - Fukushima or Bushehr?


Still waiting for a full report of the story.

Same here. Googling a ton of reports and none of them say. Which is not alarming, but interesting.

ketsuko
Well, the chances of damage at the reactor sort of depend on how much the regime in charge values their populace.

Don't get wrong, earthquakes are never a good thing but unless you have a massive earthquake + massive tsunami + short time frame + nuclear plant then you can't make a comparison between Fukushima and anything else.

Don't get wrong, earthquakes are never a good thing but unless you have a massive earthquake + massive tsunami…

Thats one way. But any thing that disrupts coolant flow and or power to the pumps that move the water thru the core are equally dangerous to an operating plant.

They have threatened to plug water intakes to the primary coolant loop a number of times at different plants.

Or Hurricanes, for another.

During the height of Hurricane Sandy, power was knocked out to a US power plant and simultaneously storm surge threatened to clog the water intakes with debris.

If the plant in Iran scrammed during the quake, that could become an issue if power was also knocked out to the plant or if primary coolant apparatus was damaged in (any) way. Not likely though.

Aftershocks are ongoing, too.

I smell a coverup.