I'm currently a student so my work isn't that great but maybe I can get the ball rolling and other 3d artists can post some of their work to the thread.

Alien spider woman thing that I started in Zbrush. Used Zbrush and maya and eventually textured, rigged, weighted, and animated her. Still sort of working on her: 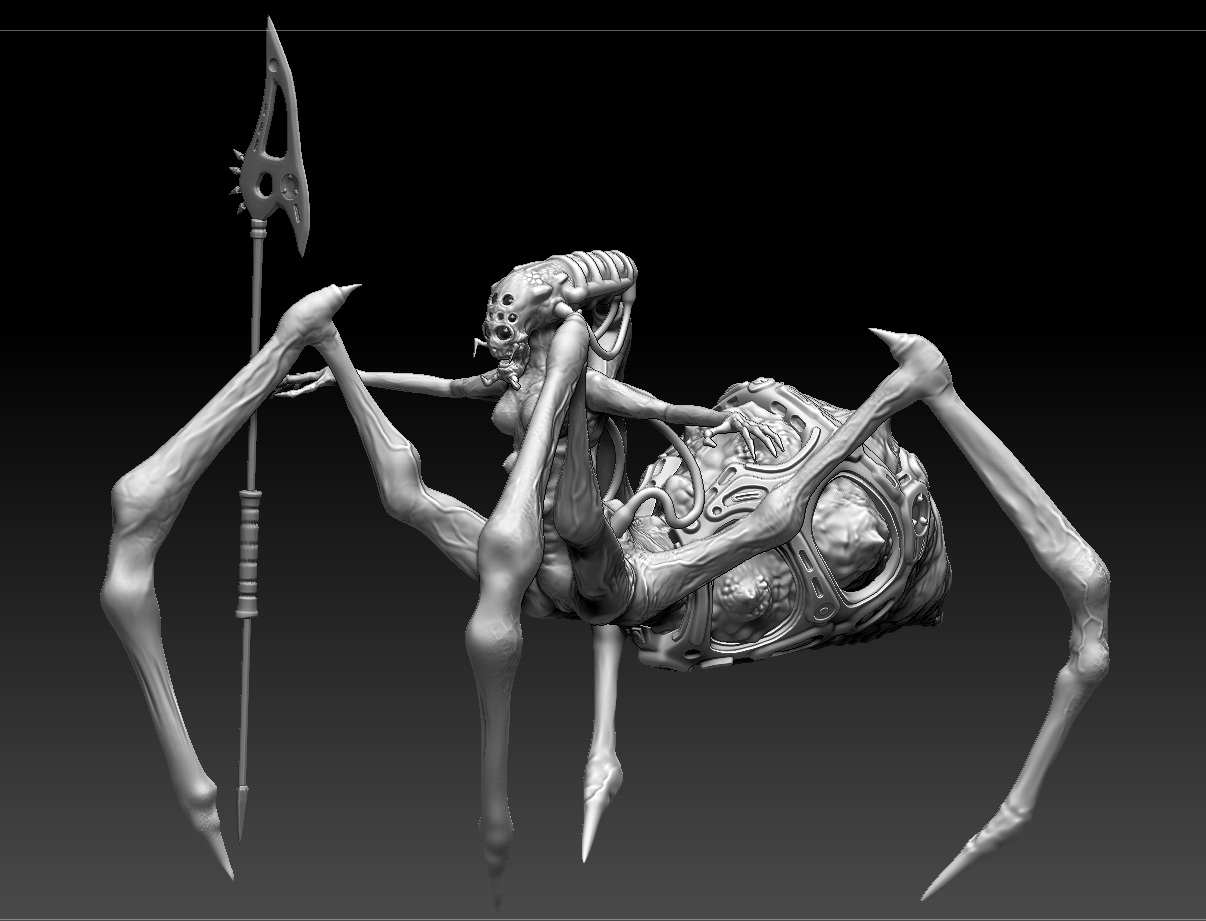 
Star wars droid that I modeled and rigged and did a walk cycle for. I didn't want to give him a standard walk cycle and tried to make him walk like a pimp:

I have some other stuff too that I might upload later. If you have 3d art to share, post it here
edit on 28-11-2013 by DeadSeraph because: (no reason given)

posted on Nov, 28 2013 @ 10:10 AM
link
The alien spider model is extremely impressive, the amount of detail in the model is stunning. Don't underestimate yourself, for a student the quality is amazing. I wish I had the skills to make 3D models and textures because I would love to create my own mods for Fallout and The Elder Scrolls games. But I don't have the time to learn all the skills necessary unfortunately. But your models are definitely of a quality which would be expected in any decent user-made Fallout or TeS mod.


I found that work flow to be counter intuitive and produce bad results for me personally. Everybody has their own prefered methods of course, but for whatever reason I seem to get better results by starting in z-brush and doing a high poly sculpt, and then retopologizing it to bring into other apps for mid to low poly versions (which is how I did the spider thing).

I tried starting models in maya/3ds and then sculpting on it in zbrush after and I found that my normal maps and textures seemed to have a lot of artifacts/tearing for some reason.

Can sort of see what I mean here where the model didn't really work out as well: 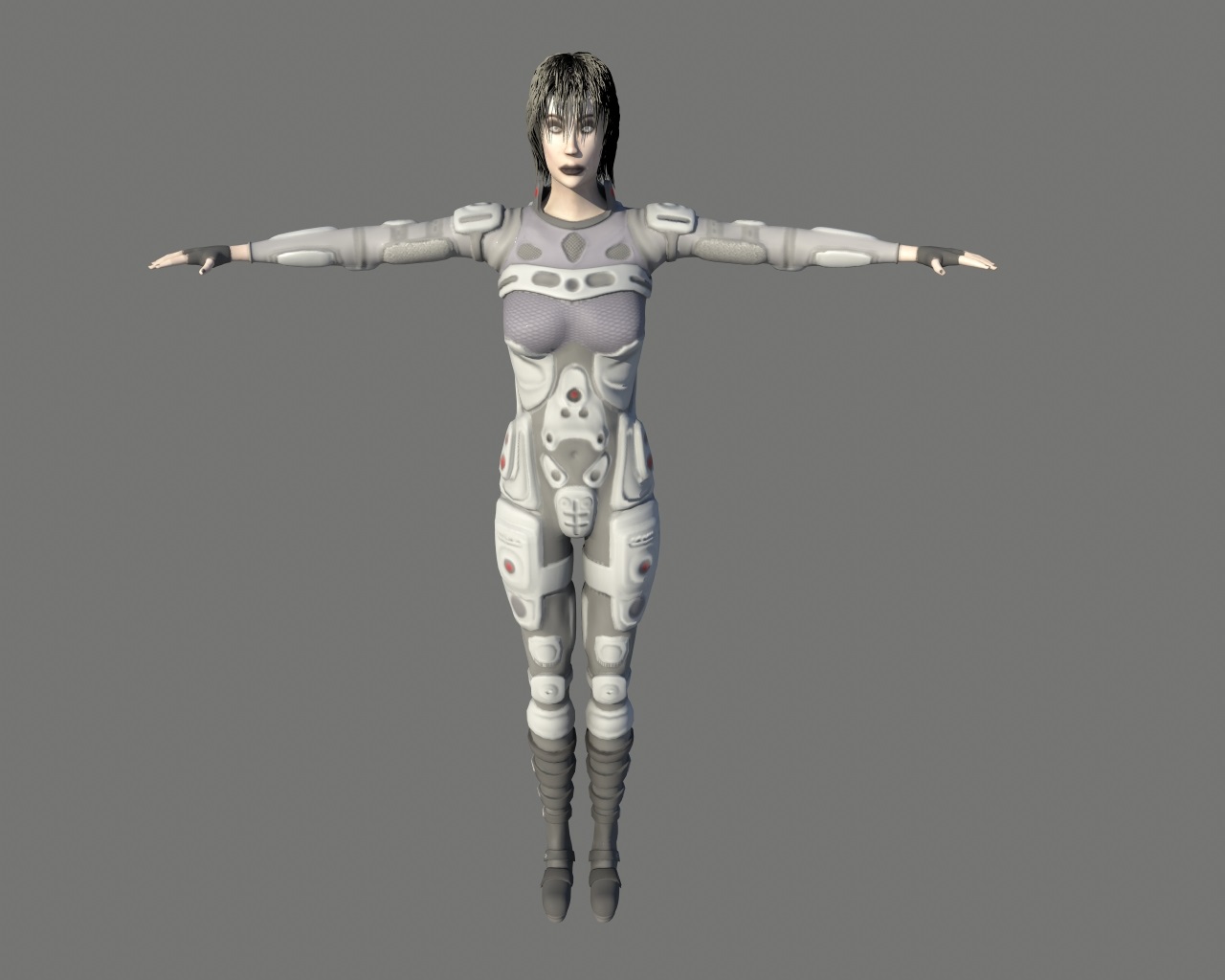 As for tablets I recently bought one and haven't tried it with zbrush yet. So far I've just been using a mouse and keyboard for everything so it will be interesting to try doing things differently.

ChaoticOrder
The alien spider model is extremely impressive, the amount of detail in the model is stunning. Don't underestimate yourself, for a student the quality is amazing. I wish I had the skills to make 3D models and textures because I would love to create my own mods for Fallout and The Elder Scrolls games. But I don't have the time to learn all the skills necessary unfortunately. But your models are definitely of a quality which would be expected in any decent user-made Fallout or TeS mod.

Thanks for the compliment. Unfortunately I've spent a lot of time looking at professional portfolios as I'm hoping to one day make a living doing this stuff, so I know I have a LONG ways to go lol

Nice walk cycle! I will check back later and re-read what you work with. I cut my teeth on Bryce then Vue and Poser.

posted on Nov, 30 2013 @ 02:14 AM
link
This is very nice work you have here I can only say for myself that I am glad you shared it with us on ATS, I would love to see more of your work as you can freely post when you want id check it out

Yep, I'm getting into Blender now, and the updates have made it a lot easier to figure out than a couple years back. Yet I'm not doing anything too fancy, since I can't really dedicate the amount of time to it that I'd like to. (And even when I have free time, I have to be in the right mindset to get going.) I think my favorite aspect is the Cycles render engine, although rigging and almost automatic UV mapping are pretty sweet too. I wouldn't mind doing more animation, but it still takes too long to make it look good. (At least on my hardware and with my amount of patience.)

Also I've been doing 3D for a couple of years. I know or have known Anim8or, Bryce, Wings3D, Carrara, and Sculptris... So I'm not totally new at it. I also tend to mostly do mechanical modeling more than most of the other stuff. I wouldn't be too surprised if I ran into you or know you from some other website's forums, but perhaps under a different nickname.

And if anyone is interested in Wings3D or Blender stuff, I happen to have the ability to stream stuff live on YouTube via the Google Groups app or whatever that thing is called. (I don't think every account has that feature enabled.) I may not be the most pro in some aspects (still more of an enthusiast than anything else), but I figure I may know enough by now to help others get started. Also you'd have some opportunities to stump me with questions or see me goof up which might be entertaining in their own right.

Anyhow, I figure I'd show this video of some automated action animation rig I made. Surprisingly, I got it to work. The video showing the process is a bit long, so if you only want to see what it does you can skip to near the end.

It's kind of cool for what it is, yet I don't have any ideas for an animation that uses it just yet.


Blender is a pretty capable program, I dig that it's free too. It's render engine wasn't up to par(I had a duocore cpu and a gt610 when I switched to maya, so cycles sucked lol), so I switched over to maya. I been meaning to grab the latest blender build and see how much it has improved, haven't gotten around to it yet though, now that I got a gtx 660, I been wanting to see how cycles does with that one.

posted on Apr, 6 2014 @ 12:17 PM
link
Hi pauljs75 nice to see you in here! I started out in Rhinoceros and Poser, but work mostly in Hexagon and DAZStudio now. Rhino is great for things you will not need to animate because you cannot arrange the topology of the mesh since you are working in NURBS. I like doing animation more than character creation and specialize in UV Mapping.

edit on 4-6-2014 by groingrinder because: Edited for spelling.

Awesome! I totally didn't even realize other people had replied. Must have gotten buried under the mountain of threads I'm subscribed to.

I tried blender YEARS ago. I think it was in 2000 or 2001. I didn't stick with it though and ended up picking up Maya and 3ds max. From the looks of it, blender has come a long way since then! Thanks for sharing your stuff

You specialize in UV mapping? For which applications? I HATE UV mapping lol... Maybe we could work something out for next semester? lol j/k I should probably learn to like it

3d artists do work a lot in traditional film these days.

Zbrush does a pretty bangup job UV Mapping, if you set up the polygroups beforehand. Maya UV MApping seems to be a huge hassle to me, always end up getting too frustrated with it.

posted on May, 9 2014 @ 09:25 PM
link
Sorry if I was late to responding, I am a 3D artist, Lightwave3D and Modo (some Maya when I really wanna bash my head in) I do work for Paramount/CBS and of course my own projects. My latest bit of work will be on display in August when the Trek Ships of the Line Calendar comes out, both January and February are my shots.. (Jan is a nice overhead of the NX Class refit and Feb is the refit chasing two Xindi patrol ships) 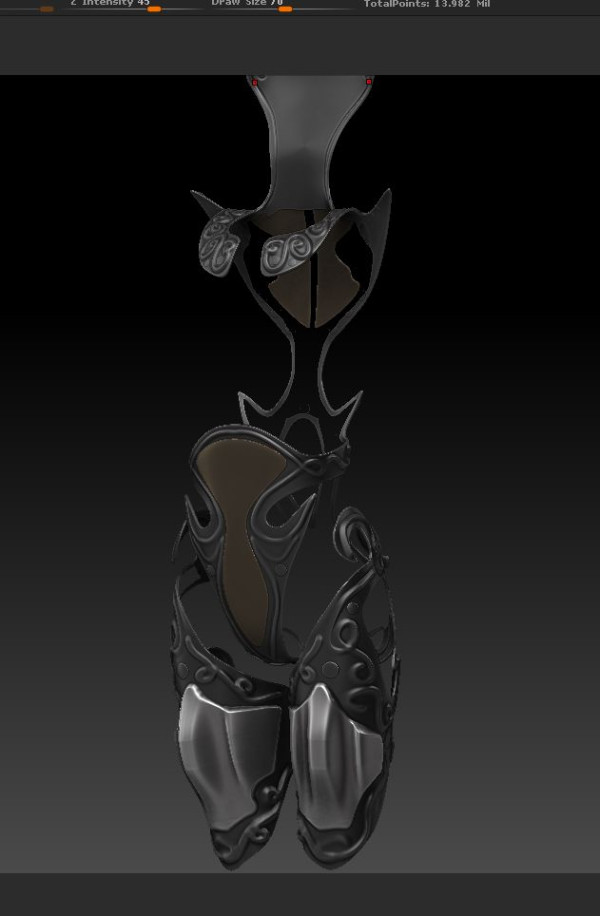 Short time fooling in Zbrush, i only will show this as its in "idea mode atm " i have not published it and i would not like to be recognized here hah.
My tools are Zbrush, Cinema3D, Maya, Modo, 3D-coat and for UV mapping i use UVlayout ( even better than Zbrush mapping IMO ) I model, uvmap, and rig and of course make textures .. when you get soaked into 3D eventually you find that you want to master all tasks. 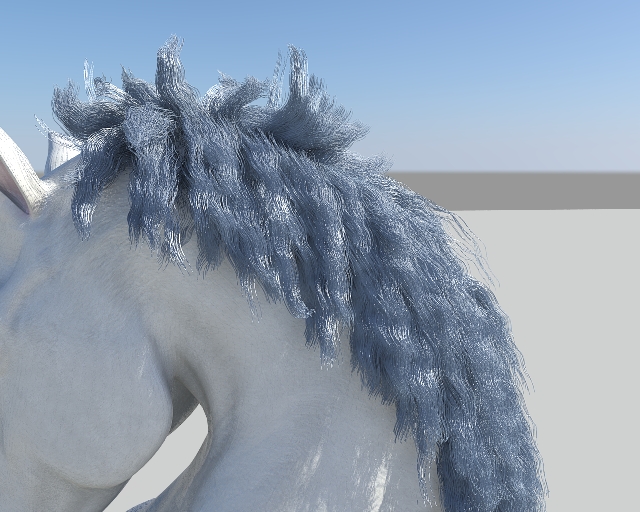