I have lost all hope in humanity

It just shows how diluted and far gone and hopeless we are. Mass brainwashing with no hope in sight. That movie Idiocracy. We are not too far from that.


No, that only shows how DELUDED, far gone, and hopeless SOME OF US are. You can wear that "shoe" if want to, but don't try to put it on my "foot".


Stupider is not a word.

In response to this topic; Time's person of the year is far from being honorable in my opinion.

Has anyone actually paid attention to Time's person of the year over the last few decades?

Talk about a propaganda prop up.

intrepid
You want something that will curl your toes? What the kids at the coffee shop try to make change for $2 without a calculator. THAT'S painful.

I had a girl in the grocery store try and tell me it was fake money and called her manager over. I couldn't believe it.

I also go nuts when you hand them change after they entered into the computer, they can't do the math. I have had some tell me they can't change it because they already put it in the computer. I want to pull my hair out when I have to tell them it's the same amount and that it won't mess up their drawer.

posted on Nov, 27 2013 @ 06:53 PM
link
Honestly this gives me hope. I'm glad that we are smart enough to stop reading that crap. Honestly, who on ATS even knew there was a poll, let alone voted in it? Not me. I'm too busy learning important things. This means more and more people in the know are turning away from MSM and not wasting their time with some clearly rigged poll.


Edit: i think the votes are being faked , my friend just told me Snowden had got more than 200000 votes and not its all magically gone down...

Of course it`s rigged, what else did you think?...There is no such thing as democracy, only in theory. In fact every system is good in theory. But as soon as you include human being into equation, everything falls apart. And there will always be some hungry for power maniac who will want to control everything and everyone. You can`t do much but avoid the system anyway you can...

You know what they say...the best slave is the one who thinks he is free...and Snowden is the best example exposing the system of control/slavery and therefore being proclaimed as the #1 terrorist. They want to keep this system at any cost. And yes they can control anyone of their interest who uses internet, phone, credit card, gps, etc...and is integrated in the system. Only thing that is missing is the freaking neck tag=)

WHY DID YOU CHOOSE MILEY? IT MUST ALL BE A DREAM. PLEASE LET IT BE A DREAM. 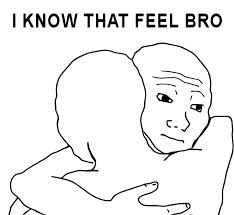 
Speaking of rigged..tonight I learned who our next POTUS will be.

I had caught sweet sweet Christina Aguilera on Leno speaking about Hillary. She was there, for the guys, and like Jay said...she forgot to dress!

She said that Hillary Clinton is 'electric'.

Sorta like 'tingles', for the sexist card masses. If you don't agree, you are, obviously, a sexist!

I never watch Leno. So it was a sign, from the Heavens, tipping me off on the choice made by the most intelligent (and most fit to run things).

I know how they operate.

This was no random blurb.

So...I hope you like itty bitty pigs wrapped in blankets, 'cause that's what you're getting!