Welcome back to the long interrupted "Impossible Thread" Series. This is an impossible thread because I hope everyone agrees with everything I say here. (I'd put in a smiley, but, well, I don't need to talk about our smileys.)

Everybody here is a person, and a person is the most valuable and important thing on Earth. Only individuals are eternal. Countries, philosophies, cultures, the earth itself, will eventually cease to exist. There is nothing more important, so treat everyone with the respect, dignity, and honor due to an eternal being. Sometimes we'll fail. Emotions, ideologies, our own personal faults will get in the way. But if you are not working towards seeing every single human as someone to be loved, you're basic attitude towards existence itself is all wrong, and even your communication will be contaminated.

This is the Presidential Oath of Office:

Measured by this, our current President is one of the three worst presidents in history. If you don't agree, your distorted view of political ideology in this country makes you a worthless guide through this subject matter.

Everything that has gone wrong in the world in the last 70 years is not the fault of the Bilderbergers, The CIA, Corporations, Israel, Zionists, Bankers, the Federal Reserve, or Aliens. And if you believe that all of them are to blame, working together, you'll need a complete reevaluation of your thought processes.

If you tax something, you will get less of it, whether it's smoking, drinking, working, or saving.

I'd rather entrust the government of the United States to the first 400 people listed in the Boston telephone directory than to the faculty of Harvard University.---William F. Buckley, Jr.

The State exists simply to promote and to protect the ordinary happiness of human beings in this life. A husband and wife chatting over a fire, a couple of friends having a game of darts in a pub, a man reading a book in his own room or digging in his own garden — that is what the State is there for. And unless they are helping to increase and prolong and protect such moments, all the laws, parliaments, armies, courts, police, economics, etc., are simply a waste of time. ---C.S. Lewis

Thinking, I mean controlled, serious thinking in analysis, understanding and resolving one particular question is extraordinarily difficult. For many people it is impossible, for all it is difficult. It is exceedingly rare to find some one who is capable of it for a continuous half hour. Be tolerant.

If you believe there is scientific proof of the non-existence of God, please come back when you have a different subject to discuss.

Please, use the commonly accepted meanings for words. And try to speak clearly:


How do you know anything exists, existed, before mind? Is it your mind that tells you this? Or is it the illusion of a mindless universe that leads you to think that way? - this too is a state of mind. An independent state of existence not based upon a defining mind is unknowable - without an existent, logical and defining mind there is nothing - which is also a state of mind.


What is ominous is the ease with which some people go from saying that they don't like something to saying that the government should forbid it. When you go down that road, don't expect freedom to survive very long.

Socialism in general has a record of failure so blatant that only an intellectual could ignore or evade it.

You will never understand bureaucracies until you understand that for bureaucrats procedure is everything and outcomes are nothing.

If you are not prepared to use force to defend civilization, then be prepared to accept barbarism.

Tariffs that save jobs in the steel industry mean higher steel prices, which in turn means fewer sales of American steel products around the world and losses of far more jobs than are saved.

If you have always believed that everyone should play by the same rules and be judged by the same standards, that would have gotten you labeled a radical 60 years ago, a liberal 30 years ago and a racist today.

The next time some academics tell you how important diversity is, ask how many Republicans there are in their sociology department.

In reviewing the people I admire, I notice that many of them are Black. Thomas Sowell, Walter Wiliams, Lionel Hampton, Dr. Ben Carson, Herman Cain, Bill Cosby, Scott Joplin, W.C. Handy, Clarence Thomas, etc. I also notice that I didn't consider their color as I was learning to admire them. I suspect many Americans see quality before they see color.

I am opposed to the idea of "African-Americans," "French-Canadians," "Mexican-Americans." Pick your country and stick to it. Until we think of ourselves as "Americans," period, we're not sincere in our efforts to advance. ("Period" Copyright Barrack Obama.)

Something's wrong if this doesn't speak profoundly to you: 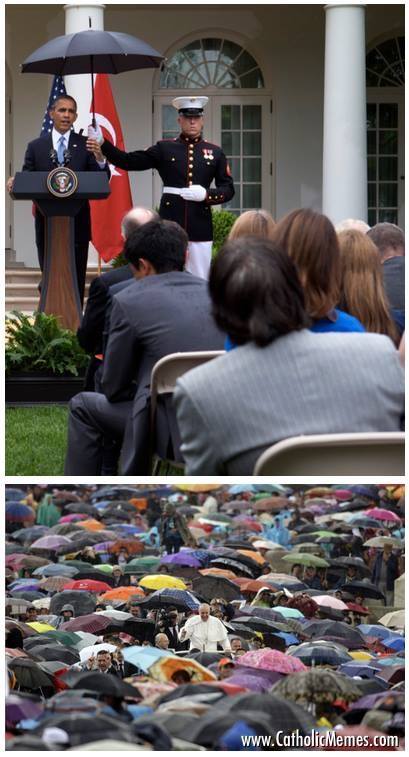 Correlation is not causation. You've heard it, but take the time to understand what it means. Spanked children may end up to be criminals more often than un-spanked. That does not prove that spanking creates criminals. Children from families with a gay parent are more likely to grow up as criminals, alcoholics, drug abusers, etc. That does not prove that a gay parent is the cause of the child's dysfunction. There are other factors in play that were not studied, we don't know what they all are, and one of them or a combination might be the cause.

I will never forgive the homosexuals for destroying the word "gay" and the rainbow symbol. They used to be happy, appropriate things to be used at certain times, now they've almost become "fighting words."

About fighting words. We know that there are words which, in the eyes of society, justify violent action on the part of Blacks, homosexuals, Muslims, perhaps even women. Which words can be used against White males to earn societal approval of violence on their parts? Are White males expected to be more able to control themselves than other groups? That's an insult to Blacks, Muslims, homosexuals, and women.

Anybody remember that the Hippocratic Oath, used since the 5th Century b.c., forbade doctors from aiding in an abortion? The new version is just 50 years old. Sudden new insight? Or political and social pressure?

Well thought out and well written!!!

Thanks for being here, good question.

When I was talking about Obama being among the three worst, I meant in keeping to the Oath of Office, the preserve, protect and defend the Constitution part. I've come to just accept that he doesn't believe that the Constitution has any real power to limit him if it gets in the way of something he wants to do.

FDR was a bit like that, maybe Lincoln if you stretch. But even Bush and Nixon didn't make disregard of the Constitution just another tool in their box.

Once someone tells me that Obama is a great president, or that they trust him, I know further conversation is fruitless. I might go through the motion for the sake of good manners, but that's about it.

If you tell me he is good at getting things done, I will agree completely. The question is, are the things he is getting done, things that should be done?


Hypocriticizers, the lot of them!!! Came to mind while reading a well written OP. SnF, I always enjoy reading your posts whether I agree or disagree, or in that I learn a "new" POV that changes my ever changing mind set.

I see a the line your walking across, it's a point that "hardliner whatever's" might not ever understand. Maybe they don't want to as once you challenge yourself to truelly see outside the box, the breakdown of the ego starts detereorating (might have screwed that word up royally....)

This is truelly an impossible thread, understandable??? HELL TO THE YEA, it also hits on several different levels but understandable just the same with a open mind and heart! If the world as a whole could understand, comprehend past that which is labeled (whatever have you), we'd be in a much "better" place.

Thanks for sharing this Charles!

You, sir, are a creative genius. I stand in awe. You have given me something which will stick in my memory forever. Brilliant!

"Hypocriticizers." Sure, my spell check doesn't like it, but that matters not a whit. I'll add it. I may even write to the Oxford English Dictionary people to get it added.

It could mean "Hyper Criticizers," those who are wildly critical of anything that isn't theirs. Or, it could mean "Hypocrite-izers" people who practice, believe in, and try to spread, hypocrisy. What a jewel of a word, thanks again.

I'm really pleased you liked the thread, or at least found it interesting. I'm a little surprised by something, though. I have my popcorn and easy chair ready to comfort me while I watch the fireworks, but no one has attacked yet. What's going on here?

I have my popcorn and easy chair ready to comfort me while I watch the fireworks, but no one has attacked yet. What's going on here?

Sadly, the torches and pitchforks haven't been around for quite awhile... Everyone's waiting and well, it seems like thats all we've been doing. Another man said: Get busy living, or get busy dying. Good words to live by. The world could end in a farts notice, if it does, well... I gave it a good go and have no regrets.

Once I hear the battle horns, I'll start to worry~

I would talk more, but I have to bail to school, working on my engineering degree.