Volcanic eruption in the Pacific Ocean creates a new island off the coast of Japan!!

posted on Nov, 21 2013 @ 07:55 AM
link
Volcanic eruption in the Pacific Ocean creates a new island off the coast of Japan


Think also we will probably have some stronger earthquake in this area soon, or Tokyo to off Fukushima coast ..


A powerful volcanic eruption in the Pacific Ocean has created a new island off the coast of Japan.

The new island is 600ft in diameter and appeared next to a small, uninhabited island in the Pacific called Nishinoshima.

The mass of rock was forced from the sea following an eruption on Wednesday in a region dubbed Ring of Fire – a hub of seismic activity situated 620 miles south of Tokyo. 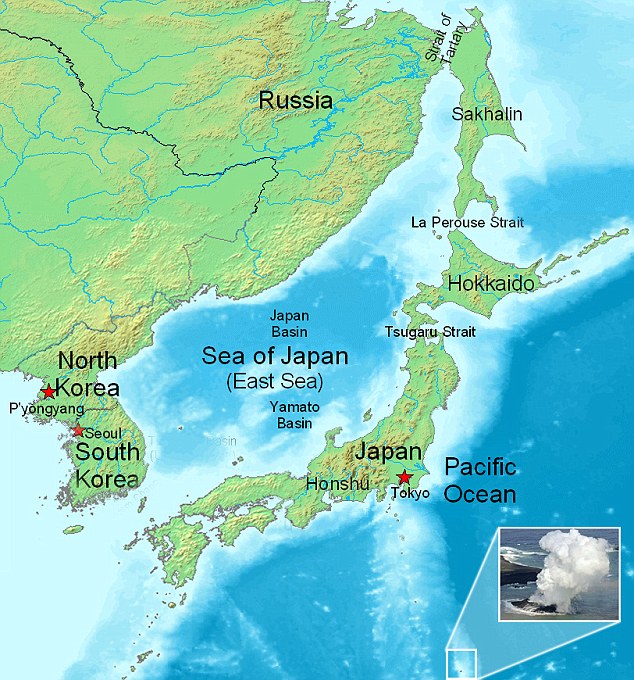 Maybe there is a build one get one free sale on islands.
edit on 21-11-2013 by rickymouse because: (no reason given)


Is there such a thing as normal earth behavior?

We've not been around long enough to know what normal would look like anyways.


Is there such a thing as normal earth behavior?

We've not been around long enough to know what normal would look like anyways.


That is true, look at our definition of normal people in this country.

You will see a face form in the middle to lower part of the cloud.

posted on Nov, 21 2013 @ 12:35 PM
link
Seven Volcanoes In Six Different Countries All Start Erupting Within Hours Of Each Other
Thursday, November 21, 2013
Chris Carrington

Almost 7,000 miles away in Mexico, the Colima volcano blew its top after a period of relative calm. A steam and ash cloud rose two miles into the sky and the grumbling of the mountain could be heard in towns a few miles away.

In Guatemala the ‘Fire Mountain’ belched out lava and sent up a moderate ash cloud causing an ash fall over nearby towns. The explosions and shock waves occurring in the volcano can be felt by residents over 6 miles away. Doors and windows are reported to be rattling, but there has been no damage so far.

In Vanuatu the Yasur volcano is giving some cause for concern. Although the explosions are quite weak the continuous ash that is coming from the mountain is starting to build up on farming land.

Over to Italy, Mount Etna is putting on quite a display. The current eruption started a few days ago and has been getting stronger as time moves on.