Craig Zucker believes he had a "great American success story" until federal regulators shut him down for speaking up, but now the entrepreneur is fighting back.

Scraping together $2,000 with a partner, Zucker in 2009 began importing small, high-powered magnets from China. Dubbed "Buckyballs," the BB-sized magnets could form all kinds of shapes and quickly became a hot seller. A year of trade shows, blog posts and word of mouth brought sales to $10 million, and Zucker projected more than doubling that by 2012. With his product in 1,500 stores, the 34-year-old Zucker was living his entrepreneurial dream.

"It was the great American success story," Zucker recalled.

As a small business owner, the next part is really scary.


Rubinstein filed a lawsuit on behalf of Zucker asking the U.S. District Court in Maryland to prevent the agency from seeking damages from Zucker's own bank account under the rarely used Park doctrine, which protects principals behind limited liability corporations. The attorney said the commission's decision to go after Zucker personally puts every entrepreneur at risk and threatens the limited liability for owners. Zucker is raising funds for his defense by selling "Liberty Balls."

Anyone familiar with starting a small business, will attest to the concerns that prevent this type of thing from happening. If the government can overstep their bounds here, what's stopping them from going rouge and just taking money whenever they want? How is this any different than the organized crime?

I submit that its the same.

posted on Nov, 20 2013 @ 08:28 AM
link
I just don't get it anymore. The fellow is right. EVERYTHING is considered a hazard by the government. That way, they can be in complete control.

Or else he wasn't donating money to somebodies campaign fund, which he should have been doing right from the start.

posted on Nov, 20 2013 @ 08:37 AM
link
Parents get arrested quite frequently for leaving kids in cars, unattended. But....
Going after parents that allow kids to swallow small magnets is apparently taboo?
Instead, Government goes after a company for producing ingestible, harmful products?

Where was Gov't when I was growing up? I ate handfuls of dirt, was stung by bees....

I guess it's a miracle any one of us survived the insurmountable horrors a child is faced with to become the irrational and unaccountable adults we are presumed to be.


Seriously,
And they still sell BB's. But I guess with the ignorance and legality that exists in our world today, we need to warn people not to take their hair dryer into the shower with them via a government warning, this was inevitable.

This story sounds like he hit a nerve by pushing back and is going to be made an example of. If they can do this, then the precedent is set, and we will be moving towards a dictatorship with reckless abandon.

It has to stop somewhere.

network dude
what's stopping them from going rouge and just taking money whenever they want? How is this any different than the organized crime?

unfortunately, they already practice taking money whenever they want

it IS organized crime

welcome to the 21st century


network dude
It has to stop somewhere.

thanks for your concern. unfortunately, this is your new reality. get used to it

your master,
US Government

"Rather than work with Maxfield & Oberton to address the issue of children being injured by an adult product, the agency demanded an immediate recall," Nord writes. "When the company asked the agency to reconsider, the CPSC filed a lawsuit alleging that the product was defective because unintended users were misusing the product and suffering injuries. Instead of seeking an injunction against the sale of Buckyballs while the agency pursued its case, which the law allows, the agency approached retailers with an informal "request" that Buckyballs be removed from store shelves."

Well....
1) Unintended users are not within the purveyance of the company to control: children are harmed by overdose of acetaminophen but Tylenol remains on the shelves for human consumption.
2) Misuse of the product is the result of the consumer's actions and not within control of the company; those with formal and final oversight, i.e.: the parents and adults who purchased the product, are ultimately responsible for the safe application of the procedures necessary to minimalize injury.
3) Product is not defective- they are magnets and behave exactly as intended. As these are only able to be purchased online, an adult, or possibly a minor with approval of and adult, made the purchase. There are numerous warnings adorning said product. If said warnings are ignored and said product is made available to those who may be inclined to ingest said product, such is done contradicting the explicit directions of the producer of said product and thus any negative outcome is achieved by and through the end actions of the user in possession of said product when said negative outcome is achieved.

And one can still go on eBay and buy things like this. Further proof someone is being 'targeted' or otherwise being made a scapegoat.

When is the government going to go after coke, pepsi, anyone that sells their product in 2 liter bottles huh? I'm mean, the bottles are being used for more illegal activities than I can think of, especially making a product that can kill people.

There are so many products being used illegally, the government could get even richer by going after all of them!
So flipping stupid!!!! 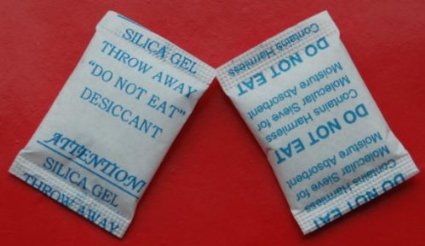 How is this product still allowed to be sold?

It's practically begging to be eaten!

posted on Nov, 20 2013 @ 12:06 PM
link
I want out of this freaking Country, Government has lost it and are nothing more than thugs these days. Citizens face constant penalties, late fees, tickets, murder by cop and outright theft. Yet no one gets mad!

Yea sure a few rant and rave on ATS and other forums but NOTHING is going to change. Personally I am on a mission to figure out someway to get the freak out of here.

Sadly, finding a place that one can open a business and live in another Country is difficult at best. Unlike the USA most Countries do not allow foreigners that are not going to employee 100+ people into the free market.
edit on 20-11-2013 by Mamatus because: Gwammer and speeeeling

How is this product still allowed to be sold?

It's practically begging to be eaten!


I use them on my cereal.
Is there a problem with them?

Government run amok once again.
The only job in the world where if nothing gets done the world is a better place for it.

posted on Nov, 20 2013 @ 12:26 PM
link
One of the most important factors for a big business is to, at a certain stage, maintain market domination. This can be done in numerous ways, but regulation is a good one!

This kind of thing has been happening for a while. Movies have even been made about it! It is getting worse now, since the boundaries for the government have become obscured. I expect it will get significantly worse in the coming years.

The outcry from the people will be done through facebook and twitter and message boards, with very, very angry emotes and words to make sure their complaining is taken seriously.


Why on Earth would they want to go after themselves?

However, Zucker threw an egg at a big bully while all his friends were watching...


This toy is made of rare earth elements. These elements create very powerful magnets. Ingested, by a child, they can and will rip right through intestines and other internal organs.

For Buckyballs Toys, Child Safety Is a Growing Issue

Buckyballs are made from rare-earth elements, which makes them much more powerful than most magnets — and potentially more dangerous when ingested. Though the product is marketed to adults and festooned with warning labels, regulators have moved to stop sales because children keep swallowing Buckyballs and similar products made by others.

The action involving Buckyballs and Zen Magnets is unusual because the safety commission rarely files an administrative complaint, which is essentially a request for a mandatory recall.

There were an estimated 1,700 incidents of rare-earth magnets being swallowed and requiring emergency room care, in some cases surgery, in the three years beginning in January 2009, according to the safety commission.

Swallowing two or more rare-earth magnets is particularly dangerous because they attract each other in the intestines and can cause blockages, tissue damage and even perforation.

“Kids do swallow all kinds of stuff, but few pose the kind of risk that these magnets do,” said Dr. Bryan Vartabedian, a pediatric gastroenterologist at Texas Children’s Hospital, who treated a toddler whose bowel had been perforated after swallowing rare-earth magnets. “These are very unique magnets. They are incredibly powerful.”

No one is being targeted here. This is a consumer safety issue. Someone has to pay for this recall.

luxordelphiThese elements create very powerful magnets. Ingested, by a child, they can and will rip right through intestines and other internal organs.

And considering they are only sold to adults, whose fault is it they end up in the hands of children?
The company's fault?


luxordelphiThese elements create very powerful magnets. Ingested, by a child, they can and will rip right through intestines and other internal organs.

And considering they are only sold to adults, whose fault is it they end up in the hands of children?
The company's fault?


This is the kind of product that, left around, is attractive to children. It should have been marketed with warnings similar to poison or firearms. It needs to be kept in a locked cabinet and not on a desk or coffee table. It is like any other novelty that is found to be more dangerous to have around than the amusement value is worth.

Rare earth magnets are taking their place in high tech fields. As a toy, the dangers have not been sufficiently broadcast. This is the fault, probably in ignorance, of the manufacturer. However, the manufacturer is now aware of the danger and needs to contribute, financially, to this recall.


I am sorry, but I have this mental picture of your kids wrapped in bubble wrap and not allowed to leave the house.
Where I grew up, the parents took an active part in the kids growing up and taught them what to eat, and what not to eat.

The nanny state has to stop somewhere, or you won't be able to open your door without signing a release from the door company. Stupid is as stupid does. (said in your best Forest Gump voice)

posted on Nov, 20 2013 @ 06:33 PM
link
I know everyone is having a great time ranting on about the government and all… But who remembers buckyballs and the possibility that a certain kind of carbon ones were a possible cure for disease among a list of other beneficial things?

Now, if I remember correctly it was a very specific kind, probably more expensive than the bottom grade stuff you see being sold, and possibly not the one this guy was selling, but I would hazard to guess that story and this one is related somehow.

About time this evil kids toy is taken off the market! This action is needed to pave the way to our next big kid 'friendly' device.

Our world would be a dangerous place without government intervention at every single level!

...when will blame be put to where blame is due?