Eat, Spit and Be Happy!

posted on Nov, 19 2013 @ 08:52 PM
link
What could be more fun? Just put a handful of sunflowers seeds in your mouth and hold them in your cheek, crack them with your teeth and then spit them out one at a time. Baseball players do it all the time in the dugouts, long haul truck drivers do it while they drive, and college students do it when they are studying. Sounds simple, until you have to sneeze and end up sucking a seed into your lung.

That’s right! That is exactly what I did and it burned for a week or more until my body absorbed it. There was no way in hell I was going to go to the doctor and tell him what I had done. I am not the most coordinated person in the world and I have never been able to tie a knot in a cherry stem in my mouth with my tongue. I always harbored some fear of tongue entanglement when French kissing. I mean how would you call for help? I guess my tongue was too short and stubby and it actually looked like someone drove over it with a tractor and plow.

Anyway, I have been addicted to sunflower seeds since youth. They were cheap and lasted a long time. You could hold that wad up in your cheek like a plug of tobacco and spit like an old farmer. I felt pretty grown up and skilled in eating them one at a time. No matter how skilled I was though I always seemed to leave evidence every where I went. In the car and in between seat cushions and in the pockets of my clothes. Mom really loved that in the wash!

I don’t remember exactly when or where it happened that I found out that whenever I had a bitter or foul tasting one it was because I was eating an insect or worse yet, its poop. That’s right I was consuming a special present that the red sunflower weevil had left for me. More formally they are called Smicronyx fulvous (coleoptera curculionidae). The adult likes to lay eggs inside the sunflower seed while the shells are still soft sided. The larvae dine on the seed and when they reach maturity they leave via a small hole through the shell.

However, they don’t all make it out and those that do leave behind their poop. This presents quite a problem for consumers. I mean, who wants to be known as someone who eats insects and their poop! I mean that probably happens when eating other fruits and vegetables inadvertently. But this addiction reduces me to voluntarily consuming this disgusting mini meal. How disgusting is it you ask, well let me show you what I am talking about. 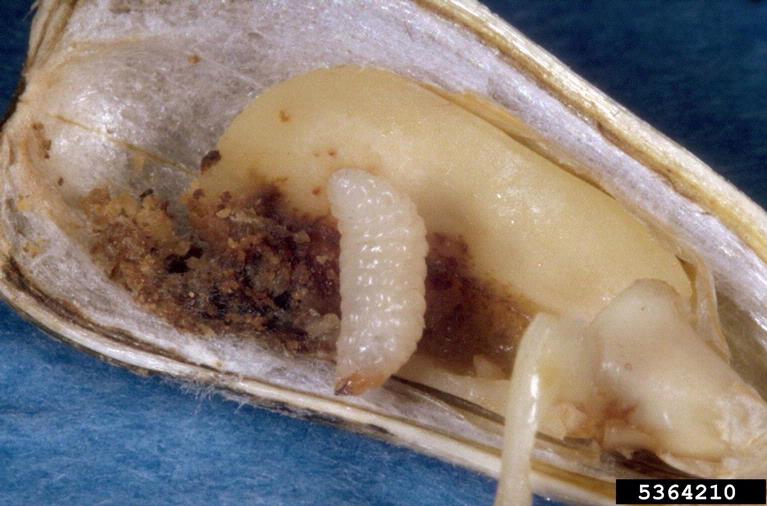 Well you are probably wondering if I still eat sunflower seeds by the mouthful and I confess that is what I am doing even as I type this. My doctor told me I needed more protein and I am committed to that goal.


HAHAHA . strangely enough i've been coincidentally reading about multiple stories on random places online about this very subject. Obviously when you think bugz nd poop you think gross. and it is. but i have no doubt that eating some of these bugs and their poop may be harmless if not nourishing in some odd way. but i have also heard that grubs can be good for protein. am not sure weather or not this pertains to all grubs (i highly doubt it) or just some/ either way interesting stuff!

posted on Nov, 19 2013 @ 10:28 PM
link
When we eat canned sardines we are eating everything. Many cultures eat a variety of insects as they are a good source of protein. The human stomach and its acid are pretty efficient at breaking down all manner of plant and animal matter.


Your narrative paints a very colorful picture my friend. I know I will remember this and hesitate the next time I am about to toss a handful of sunflower seeds into my mouth, however it wont stop me.


I periodically have to go into self imposed SSR (sunflower seed rehab). I will get a sore cheek from tucking them up under my upper lip. If I were to suddenly become totally dehydrated I'm sure I would be like Lot's wife and turn into a block of salt. Littled, I am so happy to know that I am not alone. Since I respect you, I feel like I am in good company. Live long my friend and spit with pride!