UPDATE: Most of the damage was confined to the exteriors of plant structures. No production systems were affected and all critical safety systems continued to function as intended.

One of the plant's four enrichment production buildings, the adjacent cooling towers and nearby electrical switchyard sustained most of the damage. Several of the transite panels that cover the building were torn off or broken. Electrical power poles, wiring and other electrical circuits were also damaged. The shrouds or collars that surround the fans on this set of cooling towers were destroyed.

A recovery team has been appointed and will coordinate the cleanup and repair.

USEC ceased enriching uranium at the plant in June, and only limited plant operations related to inventory management were ongoing at the time of the storm.

PADUCAH -- The Paducah Gaseous Diffusion Plant activated the Emergency Operations Center at 2:17 on Sunday afternoon in response to the severe weather that went through the McCracken County area.

Plant officials indicated a tornado may have touched down within the plant perimeter causing damage to some of the plant's facilities.

The plant's Incident Commander requested activation of the EOC to assist in the response to issues that have occured when the tornado struck.

No injuries were reported at the plant, and there has been no off-site impact from damage that occured at the plant. Operations are remaining stable.

The plant's Public Warning System remains operational to alert the public if any emergency were to occur.

The Paducah plant opened in 1952 in an impoverished region of western Kentucky. With 2,000 workers, it was by far the largest and best-paying employer. The huge 3,500-acre facility, together with sister plants near Portsmouth, Ohio, and Oak Ridge, Tennessee, played a key role in the enormous US nuclear weapons production complex.

Some 103,000 tons of uranium dust were recycled through Paducah between 1953 and 1976. Later the plant's function shifted to dismantling old or obsolete nuclear weapons to recover precious metals, and making depleted uranium metal for armor-piercing shells and anti-tank missile warheads.

While the plant had been designed to handle uranium oxide safely—a substance consisting largely of U238, the most common and least radioactive isotope of uranium—there was no provision for protection from far more radioactive substances, including plutonium, which entered the plant as trace elements mixed with the uranium powder. Plant workers were never told about the presence of these substances, nor were they tested for exposure to them.

According to one estimate provided to the DOE by one of the contractors operating the Paducah plant, the contaminating radioactive substances included as much as 12 ounces of plutonium—100,000 times as deadly as uranium—40 pounds of neptunium and 1,320 pounds of technetium-99, a byproduct of nuclear fission. These materials were concentrated especially in the piping through which the uranium oxide was pumped for reprocessing—pipes that workers at the Paducah plant had to crawl inside to maintain and clean.

posted on Nov, 18 2013 @ 06:08 PM
link
So Japan the phillappines, and another reactor in America are we seeing weather warfare in action?
2nd 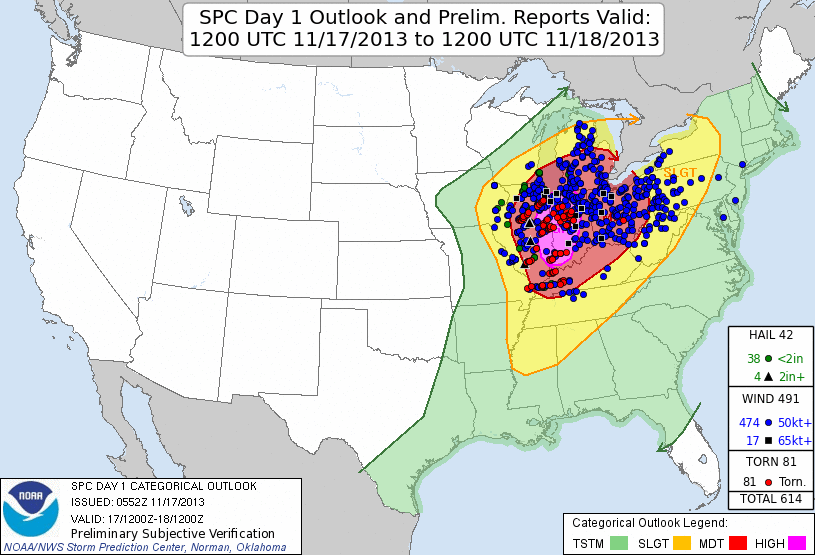 
Countdown to Nuclear Ruin at Paducah

Buddy Rogers, spokesman for Kentucky Division of Emergency Management. “The warning bells go off when you hear about something like this, but … it was no big deal.”

A few miles away and across the Ohio River in southern Illinois, a tornado with wind speeds estimated as high as 140 mph cut a 250-yard-wide swath through Brookport, leaving two people dead, said National Weather Service meteorologist Robin Smith. One other death was reported just east of Brookport.

a little tit for tat no doubt.