posted on Nov, 12 2013 @ 06:04 PM
link
Anyone familiar with my posting know this is far outside of my area of interest, but I was texting my friend about it and he suggestes I share it here.

Driving to work today (530 EST) I noticed an extremely bright object in the sky low on the horizon. It was visible before the sun had completely set and is not a plane, helicopter, or sattelite. It s completely stationary. I snapped some pictures and texted my friend. That was it, lost interest.

Then an hour later at work my dad called (he was driving home from work) and was talking about this crazy bright object in the sky.
I told him I snapped pictures of it and knew exactly what he was talking about. I went out to look at it while I spoke to him. Stars are now out and Betelguesse is behind me when I face this object (I knew it wasn't betelguess which is very distinct). This light hasn't risen in the sky. While watching it faded out quickly, almost a blink and then second later its back even brighter. Its brighter and seems to "twinkle" more. Yellow and white.

If I'm reading my compasd correct its 240 degrees SW.
So maybe someone can tell me what this is. 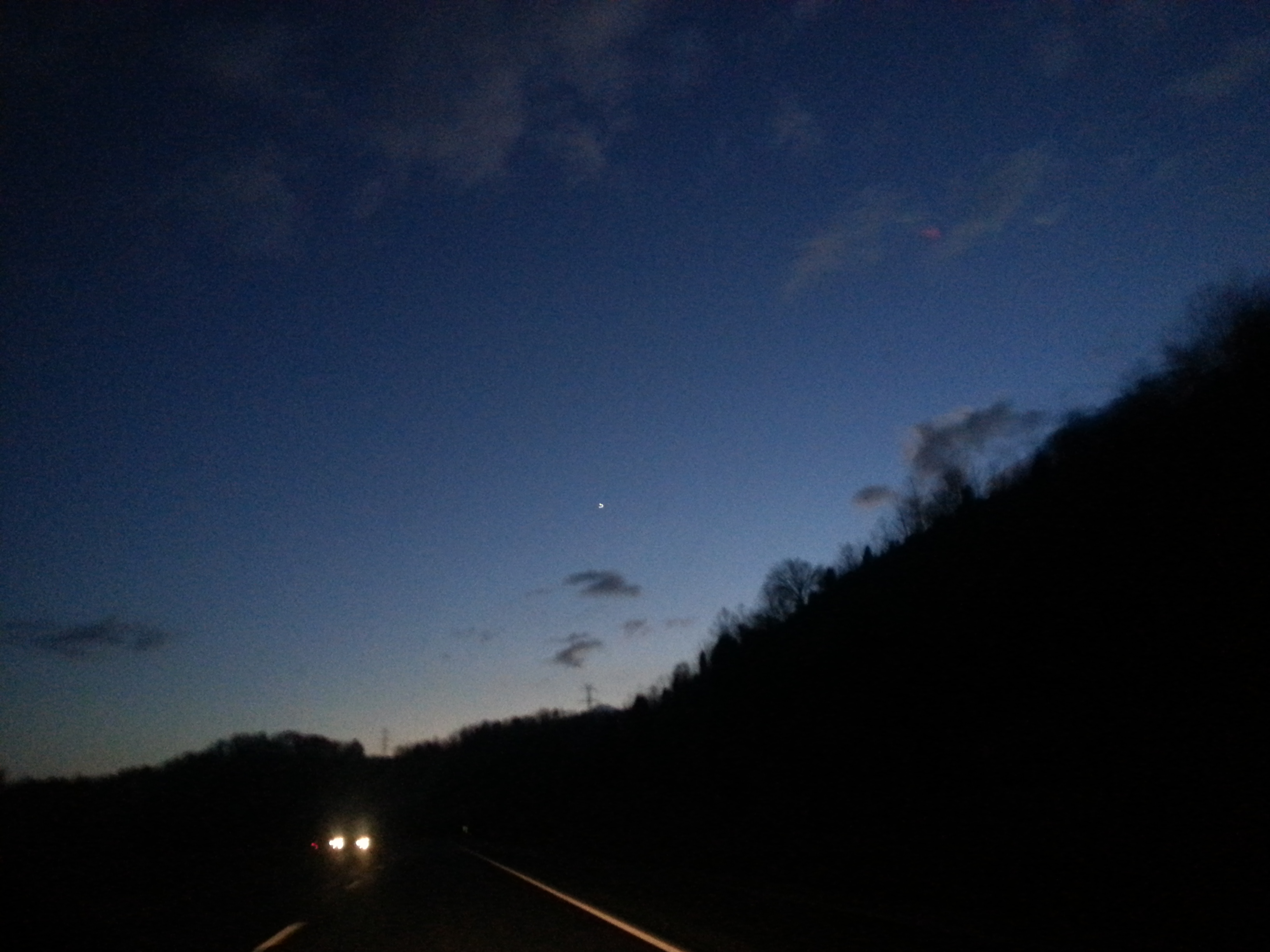 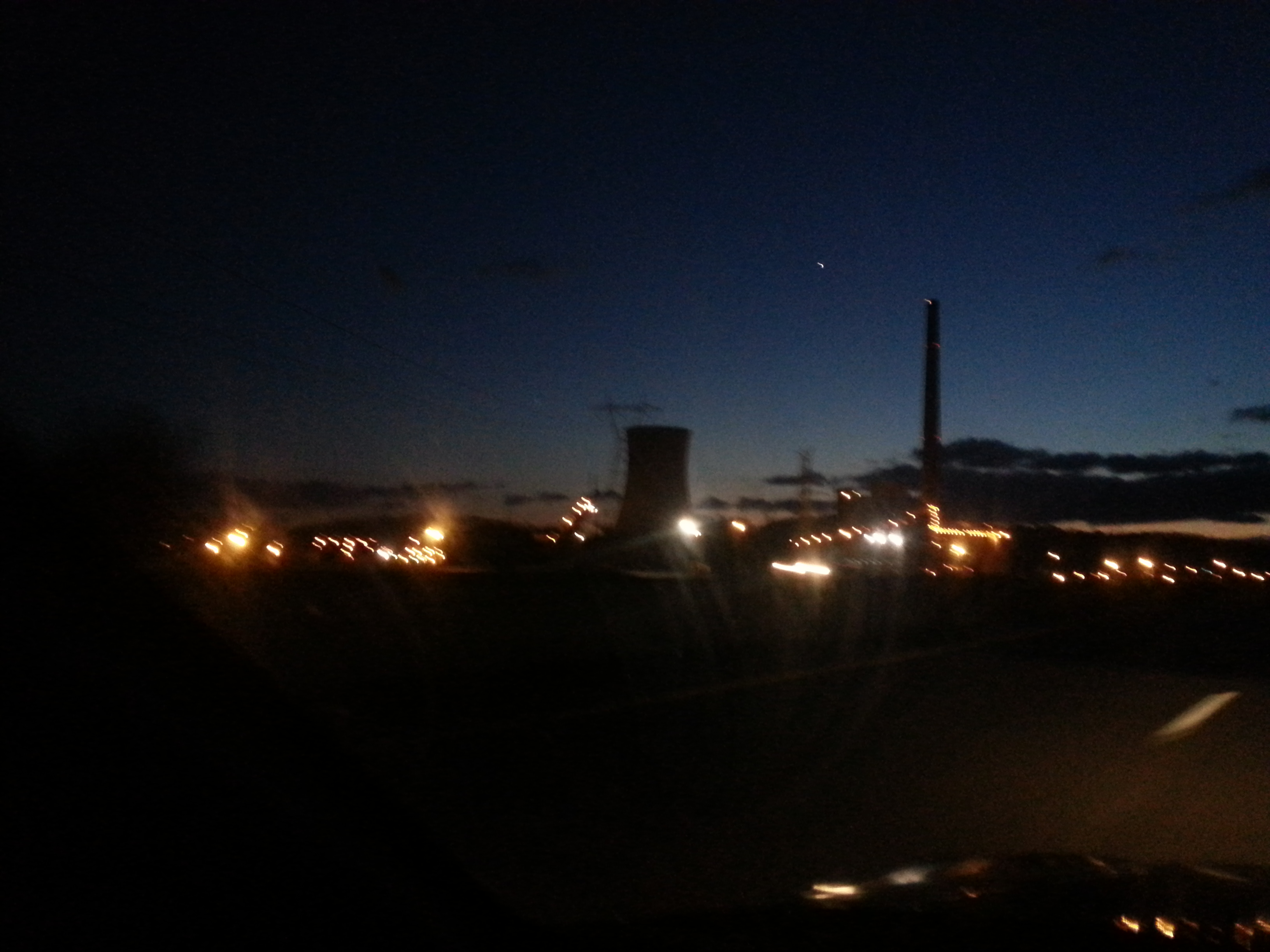 posted on Nov, 12 2013 @ 06:08 PM
link
Also I checked my star and planet apps and couldn't get an certain answer.
I considered Venus, but its so bright to be so early, and no movement in the sky plus the blinking? For both my dad and I to notice separately is weird.

Also any posters here that no me know this isn't my bag, nor is exaggerating or jumping to conclusions.

its pretty awesome at identifying things!

Could you provide general area from where the photos were taken?


A planet would move in the sky over 2 hours wouldnt it? This is right in the same place.
Like I said, my first guess was Venus, but I've never seen it so bright and it hasn't moved and has blinked twice (not cloud coverage).

I don't think its anything inexplicable, let me be clear, I'm just curious (and I thought the pictures were nice).

posted on Nov, 12 2013 @ 06:16 PM
link
If it's last west and the first star to appear in the sky it is Sirius. One of the brightest stars in the sky and it's been really bright these past few months. Get Android's Google Sky and point it at the sky for identification. I'm sure there's an iOS app too.

I'm staring to think its Venus, the behaviour may be the inexplicable part.


It's not Sirius. I'm pretty certain of that.
If its anything its Venus. The only things notable that direction are Venus and Aquila.
edit on 12-11-2013 by GogoVicMorrow because: (no reason given)

My guess is its Jupiter but as you don't give your location I could be wrong.


interesting, could it be ISS ?


Agreed, given that location its not Jupiter.

Put your armoured underpants on, you may be about to be probed.

That would be my best guess, however if you've eliminated it then I have no idea, it reminds me of something I saw one night out with a telescope.

The "light" was apparently high enough to catch the light of the sun, even though the sun had set, and as I tried to focus my telescope on it, it just shot off to the north.

As it neared the horizon it became much darker and harder to see. So, I assumed that it was outside the atmosphere. This thing, as I remember it, was much brighter than any ISS flyover I've ever seen, so it must have huges.
edit on 11 12 2013 by Divine Strake because: (no reason given)


I think I'm settled on Venus.
Can anyone see Venus. If its still in the sky then I'm convinced. Ill just forget that I saw it blink out and brighten twice.

We've had a few threads about it in the last few weeks.


interesting, could it be ISS ?


I saw it too! mega mega bright. It was about 15 minutes from literal sunset so it was still quite light. it was In the SW, I assumed venus. I dont think it was the ISS, it didnt have the right shape.


Thank you. I've never seen it that bright. Someone led started a tread on it as well. (Oddly enough yhe are a security guard too).


I believe it is Venus, which is in the south west just after sunset and is a very bright object.

yup its new.
pointed out too my wife, the other night,,
"once is a coincidence, twice is a pattern."
thnks for, conf.