posted on Nov, 12 2013 @ 10:28 AM
link
i was looking through some old mayan and olmec pics and i found this and i dont know what to say, this is amazing if real. thought the south american civilizations were completely ignorant of what an elephant was, yet there's this:

note the elephant in the bottom right next to the pyramid


can it be that the olmec and mayans knew of the existence of these animals through the contact with other cultures (india maybe, or a common link like the fabled atlantis) or did elephants roamed ancient south america?
edit on 12-11-2013 by Picollo30 because: (no reason given)

dashen
They were called mastodons. Maybe some really lost mammoths

Even better, ancient artwork picturing Mastodons! Please import some of them to the thread OP, wanna see. Thanks for finding these.

Mastadons used to roam the N. American continent about 11,000 yrs ago. There are fossils all over N. Texas.... The Dallas Museum of natural history has an amazing display.


but history and science says there weren't any right? also how did the pre-columbian civilizations knew of the existence of elephants? oral tradition? contact with foreign civilizations?


this is from an olmec tomb

the second one reminds me of the hindu god ganesha.

Mastadons used to roam the N. American continent about 11,000 yrs ago. There are fossils all over N. Texas.... The Dallas Museum of natural history has an amazing display.


what about south america?


It is highly likely that mastodons made it as far south as Central America. But the hot jungle environment would likely keep many animals from being fossilized
edit on 12-11-2013 by dashen because: (no reason given)

posted on Nov, 12 2013 @ 11:00 AM
link
Meso-American peoples know about elephants because of the Olmecs. Olmecs were from Africa. They of course knew about elephants. The Olmecs brought there knowledge from Africa, to the shores of South America. The Mayan rain deity known as Chaac or Tlaloc is represented by an elephant. Amazing because elephants are known to use there trunks like a hose.

The Gomphotheriidae were a diverse taxonomic family of extinct elephant-like animals (proboscideans) — referred to as gomphotheres. They were widespread in North America during the Miocene and Pliocene epochs, 12-1.6 million years ago. Some lived in parts of Eurasia, Beringia and, following the Great American Interchange, South America. Beginning about 5 million years ago, they were gradually replaced by modern elephants, but the last two South American species, in the genus Cuvieronius, did not finally become extinct until possibly as recently as 9,100 BP,[2] and Stegomastodon remains have been dated as recently as 6,060 BP in the Valle del Magdalena, Colombia.[3] Gomphotheres also survived in Mexico and Central America until the end of the Pleistocene.[4]
The name "gomphothere" comes from Greek γόμφος, "peg, pin; wedge; joint" plus θηρίον, "beast".

Gomphothere remains are common at South American Paleo-indian sites.[11] Examples include the early human settlement at Monte Verde, Chile, dating to approximately 14,000 years ago, and the Valle del Magdalena, Colombia.[3] Remains were also found in the El Fin del Mundo site in Sonora, Mexico's Clovis location – the first time such an association was found in a part of the continent where gomphotheres were thought to have gone extinct 30,000 years ago.[5][dead link]

No need to cast aspersions against scientists or invoke "Olmecs are from Africa" which hasn't been born out by DNA testing.
edit on 12-11-2013 by theantediluvian because: (no reason given) 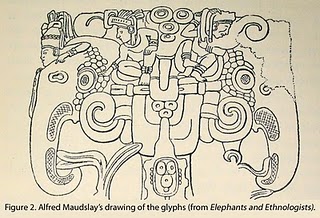 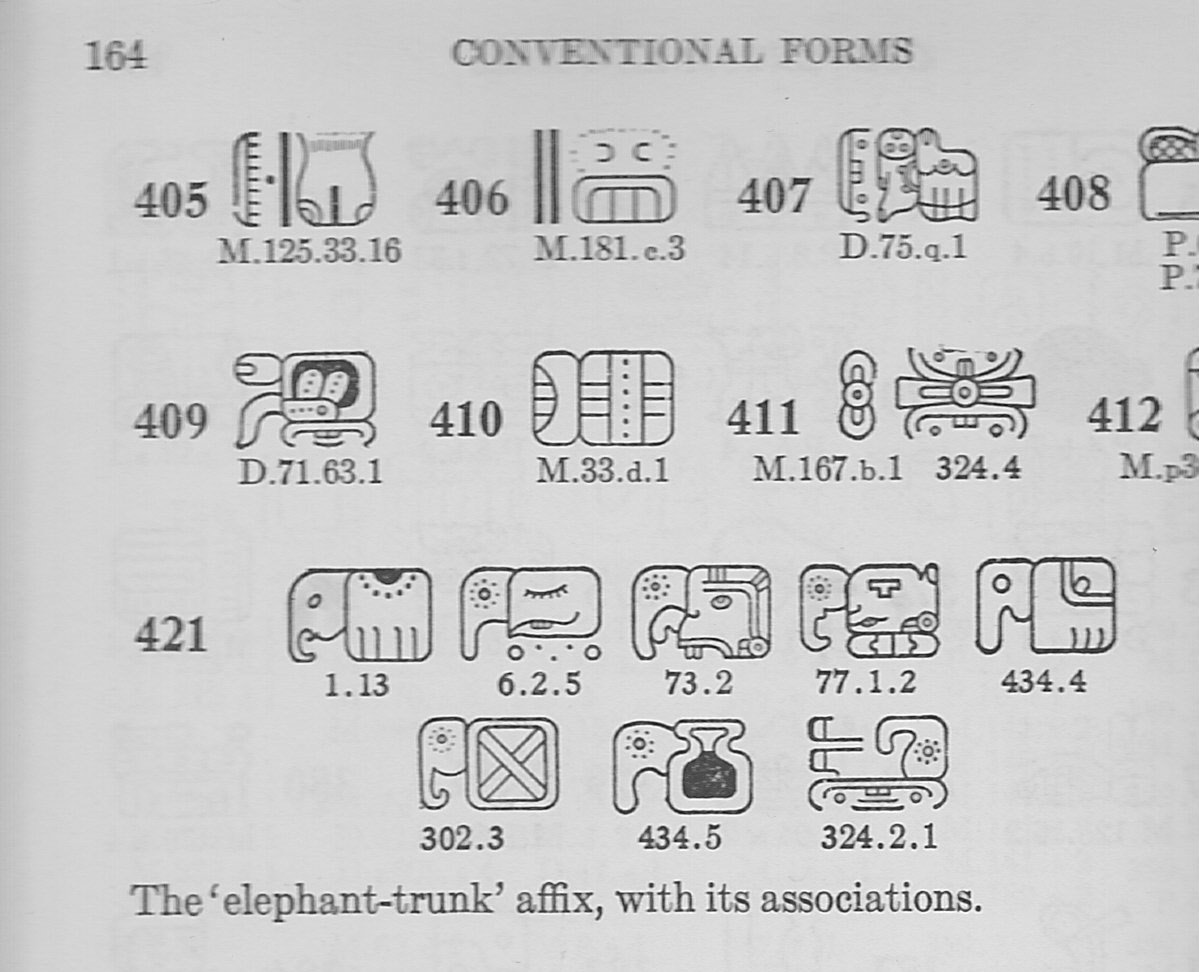 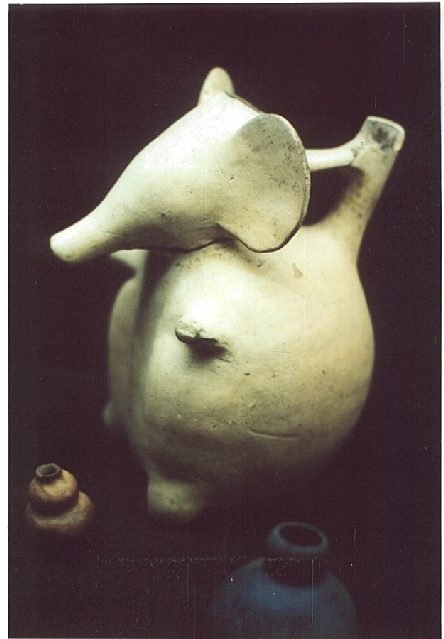 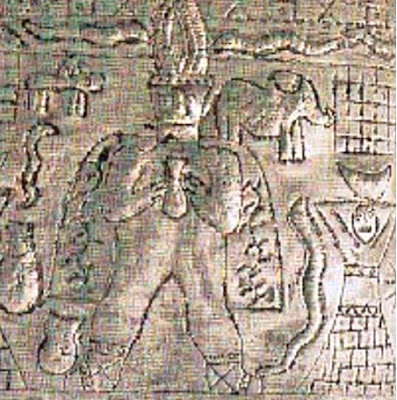 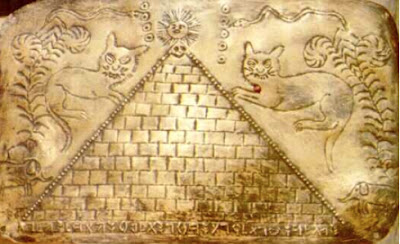 You need to upload them to your library first then you can insert them directly into your post.

ETA - Great find btw! Curious to see what people who are more versed in this topic have to say about it.


The metal plate is part of the Crespi collection from Ecuador which is unfortunately a collection of items created by native people in the modern day. I only bring this up because the image could be seriously misleading when viewed in a thread about real animals that are known to have been encountered by meso-american people.


Yes, tapirs. But if you were an artist roaming the land, and saw tapirs and mastodons walking about, the mastodon may usually make the more interesting subject. So it's a matter of being historically sure that mastodons existed somewhere in the environment of the artists.

posted on Nov, 12 2013 @ 02:02 PM
link
Those aren't elephants. they are either elephas, hastins, Ndovu, or maybe Tembo. There could have been other names also. There was no such word as elephant at the time.

The reason they won't say that elephants were here in America is because they don't know how they would have got here because there is no accepted proof that people from other continents could have got them here that early. So unless you are trained to accept what is taught to you by proper schooling and a certificate to see what they say is real, your sight is playing tricks on you. No problem though, I know nobody called them elephants way back then so that is ok. We have to leave the discovery of elephants in America to an archeologist, they spent a lot of money getting that degree.


Yeah and that pisses me off.

The problem is that it's a fact that there's an obvious elephant at a pyramid where one should not exist. 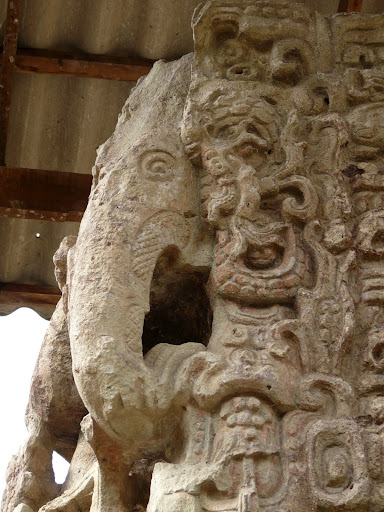 So either the pyramids were build way earlier when elephants were around.
Or some Mayan saw an elephant somewhere.

Those are the only two possibilities.


Those are the only two possibilities.

or they could be Tapir, or giant anteaters (referencing your image).

Certainly what you proposed are not the only two possibilities!

posted on Nov, 12 2013 @ 04:34 PM
link
Good Thread! Even though they may be representations of elephants, the logical conclusion would be that they were in fact Mastodons. Just because archeologists 'theorize' that Mastodons went extinct 10 000 years ago, does not necessarily make it true.

There very well could have been pockets of herds around more recent than thought. It is widely believed that some of the ancient civilizations actually hunted them to extinction. So it's plausible that remnants of their written history bears the likeness of the elephant cousins.


ETA: Also to counter the argument that Mastodons may not have made it to South America, the Nomadic Migration of South American Tribes through the N. American Plain would have put most of the tribes within contact of Mastodons at some point.
edit on 12-11-2013 by Goldcurrent because: (no reason given)