I'd like to do a multi-part expose' on the economic manipulations and civil war mentality of the current US government and it's doctrine.

I started reading this article
Link

And realized that it is a lot more complex than just my simple-minded approach that I usually go about things.

Who's willing to throw on a fedora, put on your gumshoes, and start detecting with me?

This does span much more than just the Obama administration so I'd like to state that it is not just a partisan hit-piece. 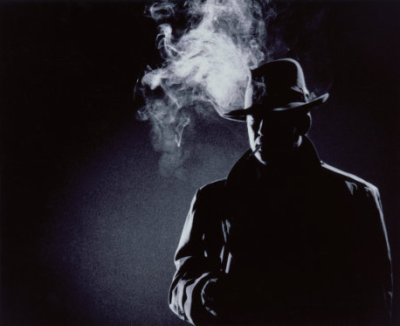 The rules of economics are easy.

Their is a sucker born every minute!

Charge whatever the market will bear.

Advertising is everything. A great advertising campaign can sell any old crap.

Keep it complicated so no one knows what they are buying.

Fudge all the charts and specifications by testing under non-use conditions.

Grind your consumers to the ground.

Hope this helps. The study of economics is a world where no one will admit it is all drivel.

Found by accident maybe it has a use after all

More than once, I have asked myself, is civil unrest being intigated by those in power? I'll be interested to see what others dig up.

CdT
edit on 7-11-2013 by CirqueDeTruth because: correction

I'm working on fleshing out a hypothesis, an abstract for this.

Does America need tension (coupled with debt increases) and war and internal strife to exist?

It appears that our longest period of peace was between the Revolutionary War and the Civil War. (I know the War of 1812)

But they did not have the financial impact that these do now.

How are they linked?

Can America actually exist if it isn't fighting?
Can America know peace?


The US has a great deal of its GDP tied up in the war machine. While I have seen figures up to 20%, it goes a great further than that would suggest. There are all of the indirect costs that are not counted.

There is the Military Industrial complex, the Military itself, all of the three letter agencies, the national guard, the coast guard, huge chunks of the Government etc ad infinitum.

Then there are all the insurance companies, the energy sector, the wall marts etc etc etc that service the above mentioned. Then you need to consider arms sales both big and small, internally and externally.

To answer the question, no, without constant wars and constant boogey men, the US would fall in a heap! Since WW1 the US has been a Nation of War Material and if there are no wars in the offering then you just have to go and make one or two.


But it has to be coupled with a social engineering mindset that has the populace enthusiastic for that response.

It's not just the war machine, it's the education department, the media, television, radio, music, movies, plays etc that have to be involved.

If the people aren't behind it, then it'd never fly.

Are Americans grown to be haters? Warriors?


Are Americans trained to hate?


No they are not, or at least, not the vast majority.

Only the names have changed. Now it is 'Terrorists' and lately, 'Home Grown Terrorists.'

The US is full of scaredy cats. Always fearful. You are now being trained to be scared of the Police.

Fear is the key.


The problem in coming up with a credible hypothesis is that you're starting from the position that those on the right are the "rugged individualist warrior class" and liberals are:

Many on the so-called “left” are socially oriented and find solace in the functions of the group, rather than individualism. They seek safety in administration, centralization and government welfare. Wealth is frowned upon, while “redistribution” of wealth is cheered. They see government as necessary to the daily survival of the nation, and they work to expand Federal influence into all facets of life

I'm a liberal. I don't want to ban guns. I don't take solace in the functions of the group or seek safety in administration. I don't cheer wealth distribution or frown on wealth--I'm in the top 5% of income earners, I have no problem with getting rich and I'd really like to give it a shot some time so what kind of nonsense is this? Hell, my favorite movie as a kid was RED DAWN. I'm not a pacifist, a vegan or filled with white guilt. What I want are an increase in good paying jobs, single-payer healthcare, the end of the Patriot Act, an end to the failed "war on drugs," a breakup of the megabanks that have become "too big to fail," an end to wars that don't make sense, net neutrality, an end to unconstitutional searches like stop-and-frisk, not to have Jesus shoved down my throat, better funding for science, and a woman's right to choose.

The far right is drunk on hating the left right now, but if a Republican wins in 2016 all this nonsense about revolutions will evaporate and there won't be anyone on the right holding the new administration's feet to the fire. This increase in self-described Libertarians will fall off, the prepper shows will go off the air (a shame because I watch those too!), etc. You don't know enough about liberals to hate us.


I don't want this to be partisan. I've been involved with the Cold War, Nicaragua, Iraq I and Iraq II and Afghanistan. My military experience spans 1981 to 2013.

But I pause to think.

Am I that way because of necessity or engineering?
edit on 7-11-2013 by beezzer because: (no reason given)


On that we can agree. The question is who is peddling fear and what is the agenda? Also and I'm being quite sincere, thank you for your service.

I believe your assumptions are inherently flawed.

In addition to the ban on guns, the conservative MSM outlets are pushing fear of the following:

These are just the recent things. The previous administration trampled our rights and told us it was for our own good because of Islamic terrorism. So what are people on the left being made to be afraid of through propaganda? There is very little support for gun control even among liberals. Those liberals who support gun control legislation tend to be in favor of enhanced pre-checks or bans on high capacity clips. One noticeable instance of fear mongering I can see in terms of guns on the left is the made up "assault weapon" meme that is easy to pass off because AR15s look scary to the average person.

Somebody should conduct a fear poll and ask people what they are afraid of and how they self-describe politically, I think the results would be enlightening. Fear is definitely a powerful tool of control.
edit on 7-11-2013 by theantediluvian because: (no reason given)


If I were a Government Agent, I would not be so worried about AR15s. It is the scoped high power hunting rifles that would scare me. The thought of a couple of hundred of them raining death down would make me resign and go home. Many of the people owning these are really good at hunting prey and are used to the axiom of one shot one kill.

The problem with whomever is doing this is quite simple, do they really want a revolution? History has demonstrated time and time again that the first casualties in a revolution is the previous ruling class and revolutions are not known for their court systems. Far from it.

As usual follow the money. Problem is, you can't see where it is all going. In this case, work out where all the gold has gone! Because gone it is! Why? What real use is it. Someone has it.

The real answer IMHO is in the Guide Stones. Someone or rather some group want the World's population to be radically decreased. That is really the big question.