Back in the mid seventies was when I started to notice that science was up for grabs to the highest bidder. Big Tobacco was the upstanding corporate citizen who was buying scientists to come up with some whorish ‘proof’ that smoking was, if not ‘good for ya’ would certainly not harm anyone.

The studies came thick and fast and the good guys were on the back foot. The good guys took almost a decade to eventually catch up and then overtake Big Tobacco’s strangle hold. Then Big Tobacco went into politics and is still going strong on that front.

Big Pharma pays huge money for scientists to come up with some very questionable but amazingly profitable drugs to foist onto the public.

Oh, there are so many examples. When you include multinational corporations efforts in Politics you even get to the stage where honest scientists are being either muzzled by Governments, Canada springs to mind, or ridiculed for decent work. Even the peer review process is simply a group of whores commenting on one of their own.

I have lost all faith in science and that for me is epically sad. We have never really been able to trust our Governments. Big business has always looked at profits only and the last bastion, Science, has fallen.

Part two will look at the anonymous scientist.

posted on Nov, 6 2013 @ 03:08 AM
link
I agree. Big-pharma wil never cure any diseases that are killing people everyday. Instead "Take the meds with the list of lethal side effects!!!!" It's good for ya!

While Big-Pharma sits in the background and makes billions of $ while never curing anything...
Funny how the $ sign is similar to the Medic Alert symbol: 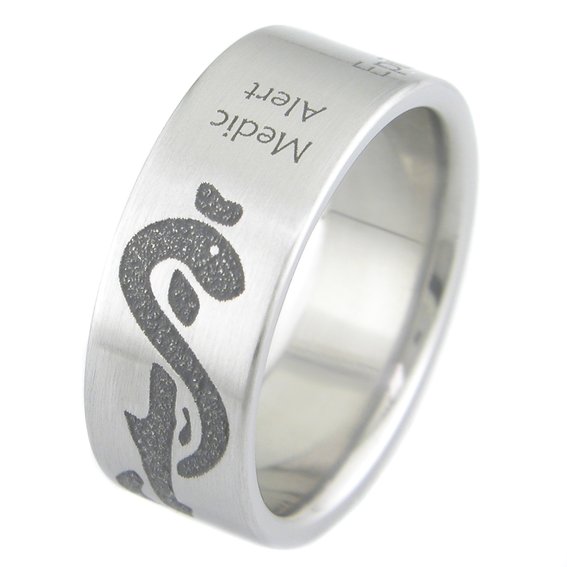 They should have cured many chronic illnesses by now, but instead they have "medications with side effects." Welcome to the New World Order.

The people who do it are up for sale - as people always have been. And when they do "bad science" for money that still doesn't make "science" wrong either - it just makes them wrong.

All the BS trying to discredit "science" is stupid - people will do what they always have done since time began - which is advance themselves by fair means and foul.

Trying to blame "Science" for human behaviour is just silly.

The problem isn't even the Scientists. Positions in academia, and more importantly funding aren't exactly growing on trees. A brain has to eat.

No. The problem isn't with Science, or Scientists.
Blaming Science or Scientists is like all the gun control enthusiasts blaming AR-15s for crimes perpetuated by the people that used them.

No. Science and Scientists are not the problem.

Be angry and upset if one desires, but, recognize the distinction where those employing Science and Scientists, those with vested interests are to blame for using/warping certain tools toward their own benefit.


Ok, let's see. You have said that the target audience, that is the members of ATS are simple and ignorant!

I can't understand big words and neither can the members on this forum.

I would love to see YOUR thread on the politicization of science! Go for it.


Ahh but you see.. do you also hate on maths because ot statistics?

Any old 'mathematician' can make up a number and say it's valid.

But maths is solid. it is not corruptible. Only what you represent with it.

Science is solid. But give a hairless ape shiney things and he'll throw his banana away...


Funny how the $ sign is similar to the Medic Alert symbol:

I guess I shouldn't be surprised that such a comment could actually come from an adult's (I assume) mouth.

The medic alert symbol is called the Rod of Asclepius, a Greek god representing healing and medicine.

You do see the point I'm making here, right?


When did big pharma do anything but sell the medicines that scientists created?

You can't say the retailers are anything but after money.

But those who had the best interest of their fellow man in mind when they tested and tested and tested, they're not the ones involved with anything to do with people manufacturing, en masse, the poisons masquerading as medicines today.

Complain about the way it's been set up to work with such a large number of animals, and then complain when someone says "thin the herd!'...

nothing to do... eat oranges and maple syrup.. and stand on our heads, maybe..


Thank you for the reply. No matter what field we work in we should have a defined work ethic. Science as a collective has lost its ethics. It is individuals who lose their ethical rudder and it is those individuals who as a collective, become the scientific community. I do blame scientists, they have lost their way.

We must all strive to be the best that we come rather than blaming human nature. We need desperately to have mankind start the Age of Reason and get out of the gutter.

Science had ethics, it has lost them.


Not all, just those that agree with your broad stance against science.

It's like saying all religion is rubbish, sure you can provide examples to prove your point but the broad statement remains ignorant, doesn't it?

And why should I write about the politicization of science? I'm well aware of it and I think you are too.

No need to dumb it down is all I'm saying.

posted on Nov, 6 2013 @ 03:37 AM
link
Science is fine, it's the scientists that have lost all sense of social responsibility and do whatever they're told just to keep a roof over their heads. The have become the technological enforcers for government and corporate interests providing their means of economic and military power .

This change has been slowly developed over the last few decades as the DOD came to be the primary source of finance for grants in colleges and university science departments. They were bought out. Science for science sake has become a rare quality and has been purged from the ivory towers. Science has become politicized, militarized and the environmental movement hijacked to serve global warming carbon bankers. The social sciences give fodder to marketing and political strategists. Psychology serves to preserve the status quo and retain worker productivity.

Perhaps we expect too much from scientists by holding them on a pedestal. You can count me among those who would not hesitate to name several scientists if I had to pick the top 10 people of all time. Our civilizations are built (and destroyed) by science. It controls our economies and has now been abused to destroy privacy and manipulate the stock market.

So long as power-mad people write the paychecks for scientists things will go on as they have. What we need is someone with scruples that has the means to replace that financing


Well if you want to get technical....The point is that I know there have been different suppresed cures in the world. I can give sources if it is necessary. It does not matter the origins of the symbol . It matters what it means now. They do not want to cure disease, and people are complaining left and right about Obamacare. WE wouldn't need Obamacare if the FDA would allow diseases to be cured!!!! WAKE UP.

So many people could be off of assistance programs if they could be cured of MS, Diabetes, Arthritis, Heart Problems, Cancer, AIDS, need I say more?

They want to keep giving people things that have deadly side-effects. Just look up VIOXX if you want to know more about that. Deny Ignorance.


And why should I write about the politicization of science? I'm well aware of it and I think you are too.

Which is it. Am I too ignorant to understand or do I understand. Or, did you change your mind between posts!

I am glad you made the point so I could be sure. In your opinion, anyone that agrees with my POV is ignorant.

Your whole approach is to denigrade and insult those who disagree with you. OK, I understand where you are coming from.

If the world of science was prepared to honest about needing to be continuously updated as and when new information is found and proved to be true, rather than being resistant, or reluctant to change.

Do you think people would be happy to discover new things every day, to share genuine information.

Like just for a second, imagine they were being honest about why they had taken the space program down?

Or Darwin's theory of evolution....with a missing link...I mean what the!!

I think I was 8 or 9 when I learned about that, and honestly to this day it just didn't make sense.

I can prove anything with a missing link...i can prove that my pen used to be a candle..I just dont know the middle bit.

I guess part of the problem is continuously changing curriculum in schools. It is easier than ever before. But still gets put into the too hard basket.

when corporations control the science for profit,, science starts to become just another propaganda tool

posted on Nov, 6 2013 @ 03:50 AM
link
Vioxx was taken off of the market because of heart probems that it caused. The point is this: Look at the list of side effects on any medication that you may need to take. For others, how about the potential side effects which may cause death. It is a very common thing. It is all about making as much $ as they can killing people over a length of time these days. I hope that changes, but we live in a capatalistic system worldwide now. I do not think TPTB want to change that anytime soon.
edit on 11/6/2013 by InFriNiTee because: (no reason given)


I think you should re-read what I said.

At no point did I say you were ignorant, I said you aimed your thread at them.


I try to provide thought provoking threads. I do not aim my threads at the ignorant nor do I crave the need for stars and flags. I believe whole heartedly in what I put into a thread.


well Piltdown Hoax should be enough for anyone to understand the corruption of science.

also, you mention tobacco issues with science. I have no opinion either way... however last year a study was published in a science mag that actually showed tobacco had some favorable outcomes...

nicotamide is actually vitamin B and tobacco, well is *cough... is just that... a form of vitamin B.
prolly best if people eat it instead of smoking it.