Ale is the proper man's beer of choice, and the best are European. My personal favourites are Dunham Milk Stout (although it's only 4%, it's DELISH) and Robinson's Old Tom, which varies but is at least 8-9%, often more.

Oh yes Robinsons's Old Tom. I remember my student days and the local pub had a barrel of Old Tom on the bar. They would only ever serve the stuff in half pints!

You can now buy bottles in Asda yahooo! Not as good as the cask variety but nice nonetheless.

Back to the OP. The best beer is not the chilled variety (as dogsounds has intimated) but the original cask ales that the Brits have been brewing for hundreds of years. some of these cask ales, like Old Tom,are very strong both in alcohol and always in flavour. There is such a variety of flavours there is no point in stating which the best is. Some folks, like me, like a very bitter beer. Others like my dad like the sweeter beers. That said I quite like Boddington's that has a hint of honey.....oh my god back to my student days and the infamous 4 pint Bodcan with the rubber stopper ! Yes folks 4 pints in a can !

Nah man your barking up the wrong tree altogether...

Everyone knows the Irish make the best beer....


Dude! You have to investigate Belgian beers.

Some are as high in alcohol as wines and I have yet to drink a Belgian beer that don't like.

Having said that, when touring the US, I had some of the most sublime beer at the Magnolia pub on the corner of Haight and Ashbury, San Francisco. They had (have? I was there in 2006) a beer based on a belgian Trappist yeast. It was straight out of heaven. More complex than some of the best wines I've had. (and I'm mostly a wine affectionado). If you have the chance. Go check if they still have it.


British Ales are in my opinion, the best on the face of the Earth, mostly because they and other similar tipple has been brewed here for century upon century, since the first of the brewers, who were monks back in ancient days, started concocting drunk making liquids.

The variety of different hops and flavours available to artisan brewers here in England alone, never mind the rest of the British Isles, could have a persons taste buds busy for decades.


British Ales are in my opinion, the best on the face of the Earth, mostly because they and other similar tipple has been brewed here for century upon century, since the first of the brewers, who were monks back in ancient days, started concocting drunk making liquids.

The variety of different hops and flavours available to artisan brewers here in England alone, never mind the rest of the British Isles, could have a persons taste buds busy for decades.


England has some fantastic real ales on the menu i used to love working in the country as do belgium and germany for lagers and pilsners .

with so many brewers using genetically modified products i tend to stick to what i know and the smaller micro brewers in the south of england take some beating .

But the best beer I have ever tasted is Smith's Black Porter, it's dreamy. Becks always tastes a bit skunky to me.

It seems you are the only other person in this thread who actually knows what they are talking about. For all the fancy pants euro folk out there bashing American beer, come to Colorado, Oregon, California, Delaware, etc and try some of this country's fine micro brews. Just like the country itself, the American beer scene is a mash up of basically the entire world. If there is a style of beer brewed anywhere on this planet, it's also brewed in America. And American brewers are brewing styles that nobody else is brewing, as well as inventing new styles.

At my local big box supermarket I can get stouts, porters, russian immperial stouts, ipas, cdas, iras, berlinerweisse, shandys, barleywines, hefeweizen, pumpkin ales, brown ales, red ales, fruit ales, belgian styles, rye beer, bocks, dopplebocks, chocholate stouts, etc etc that are all made right here in America, and are all excellent examples of the style. Many of the micro brews average around 6-7% alcohol with many being around %10, and some higher (DFH worldwide stout is 18% and barely has any alcohol presence at all) To say American beer sucks only proves you know nothing about beer.

Beer takes a while to grow on you if you just start drinking it. I hated at firsy and now I get craving (and not to get drunk). If you don't like beer.. drink liqour?

You can get small batch beers in both America and Canada. If the US has an edge it would probably only be because their are so many varieties of micro brews.

I'm gonna name drop a place because I visted there recently and they had some amazing in house micro brews. If you are ever in Gatlinburg TN, hit up the Smokey Mountain Brewery, and do it on a Thursday.

posted on Nov, 2 2013 @ 04:15 PM
link
Russians do different strengths of Blatika which comes in quite a large bottle.
Up to 17% if I remember.
Sledgehammer hangover though. 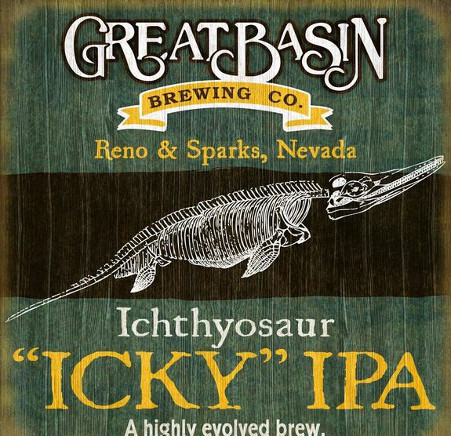 You should!
It honors our state fossil...
I like that you can tell different batches by just subtle differences...Like a vintage.


I'll give it a shot (near me is a place that sell a 1000 brands next time I'm there I'll check it out) I tried a lot of beers in the Navy. I did like san miguel beer Philippines, some beer in Africa..Tusk or something I forget..and others lol!!

I prefer a dark English stout with a nice creamy froth and a rich carmel after taste. Toss in some seasonal fruit for a specialty microbrew, and I'm in pub-drinking heaven.

When I do drink a Canadian "beer", I only drink Alexander Keith's Red Amber Ale. Anything else tastes like horsepiss to me.