ObamaCare Cancelled Your Health Insurance send your letter to MyCancellation.com

It's a collection of letters sent by health insurance companies cancelling peoples policy due to Obamacare. 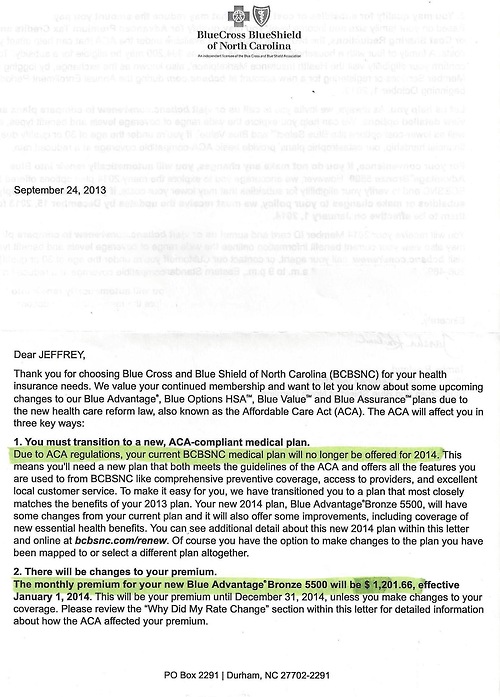 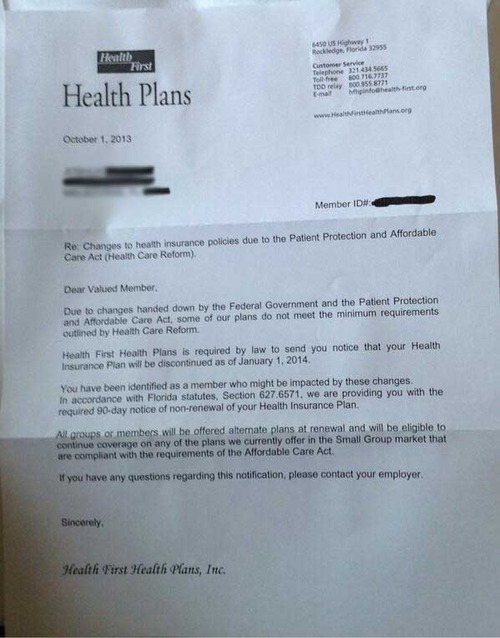 This is never going to work..

Sorry if it has been posted I did not see it

posted on Nov, 2 2013 @ 12:06 AM
link
Obama didn't cancel anyone's policies- the insurance companies did. Your title is very misleading.

Just crawl back in your Progressive Socialist Hole & we will see you in 10 years!

They *ALL* knew it and they will *ALL* have the blood on their hands as this unfolds.


How can you even pretend to act like the insurance companies did this of their own volition?
The letters specifically state that they're being dropped as a direct result of the changes due to the implementation of ACA.

What you're saying is like trying to tell someone on a sinking ship not to blame the submarine captain since it was the ensign that pushed the torpedo button.

That Kool-aid you're drinking has something in it buddy...put it down & join us in reality.
edit on 2-11-2013 by coldkidc because: (no reason given)

It’s right there in black-and-white on page 43 of the Patient Protection and Affordable Care Act.

The president’s famous promise that if you like your plan you can keep your plan (without which the bill most certainly would never have passed) is indeed the law of the land. It is Section 1251, to be exact.

Ironclad. Bulletproof. If you like your plan, “nothing in this Act” can “require that an individual terminate coverage.” It’s. The. Law


Your title is very misleading.


Your shilling is very misleading.
The title of this thread is very accurate.