Court strikes down mandate for birth control in ObamaCare

posted on Nov, 2 2013 @ 12:43 PM
link
A terrible decision. What happens when Jehovah Witness business owners start complaining about having to provide insurance that covers blood transfusions? It's slippery slope letting mythologies rule what type of health services people can get.


First off you havent addressed how BC is justified.....just how unjustified viagra subsidies are....so you dont have a point do you? Just a "well they did it" type childish reasoning....OK

The Gop did conceive of universal health care, which shows that they were actually worrying about the well being of Americans in a real way over their own high ideals. They just actually considered the idea realistically and had all sorts of studies done...they spent allot of time and money seeing if it was even good for the country. Since the results were an astounding NO and the people DIDNT want it, they just tossed the idea.

The democrats on the other hand were more interested in making their buddies crap loads of money in the form of an insurance bailout.....which is what this is, as well as a power grab for them.

People like them have ruined our reputation overseas more than any war since they have exploited the worlds poor the same way they plan to here in the US by forcing an expensive product onto us....for the profit of their friends...because changing the world isnt cheap...right?

Its all for our good though.....right?

We know better....the average us knows better....that is who you are all pissing off...and it does have a breaking point. Just wait for when this all fails. It will be the end of the Democratic party, if not both parties....all because greed is expensive...and ripe with stupidity.


As someone who's wife has had to go through fertility treatments, I just want to point out that they are NOT covered, and they are EXTREMELY expensive.

ETA- Just wanted to add that we have very good coverage, just about the best available.
edit on 1-11-2013 by jssaylor2007 because: (no reason given)

If this goes to the Supreme Court that could be quite a case and ruling. Personally I hope it's overturned, as citing birth control as against anyone's religion is really stretching the religious objection.

I agree...this is BS...why would anyone want a religious belief deciding your healthcare...didn't we leave that nonsense back in the 1700's or 1800's?...get the bible-thumping religious cultists out of federal governance.....damn, we are going backward in this nation, what next?...a license to buy a pack of rubbers? bloodletting to remove the devil? the cross-burning of prostitutes?
edit on 2-11-2013 by jimmyx because: (no reason given)

Kaploink
A terrible decision. What happens when Jehovah Witness business owners start complaining about having to provide insurance that covers blood transfusions? It's slippery slope letting mythologies rule what type of health services people can get.

tell them ...tough luck!....you want to own a business in America, you comply with Americas laws, not by some mythical beings laws


Why would anyone want our government deciding our health care.


We'll have to agree to disagree on this one. Being born into a staunch Catholic Family, I was first born to a litter of 6 kids. My Mother had 2, that I know of miscarriages...that would have made 8 kids had they lived. All of us were born while she was using the only BC allowed by the Catholic Church...the rhythm method, where the woman had to track her ovulation by a chart, and try to only have sex on *safe* days. I called it Vatican Roulette.

BC is a real issue for some religious sectors of our society. Catholics are a very strong voting block...remember Kennedy?

I went to a catholic high school in the late 90's and that's what they taught all the girls then.

posted on Nov, 2 2013 @ 07:35 PM
link
Good news. I do not want my religious rights infringed by being forced to pay for something I do not believe in. This isn't the same as abortion but I believe both are a sin and I would be sinning if I paid taxes towards something like this. Thanks for the update OP.


I'm sorry. If you don't even know who Kennedy is, in the history of the United States....

I see no reason to continue this dialogue with you.

Thanks for this post. Of course I know who Kennedy is, that was a toss around satire line. Everyone knows who Kennedy is, any number of Kennedy's in fact. I most like Marilyn Kennedy, the most scrumptious first lady in U.S. history.

I found a picture of the First Lady waving to the crowds at one of the inaugural balls: 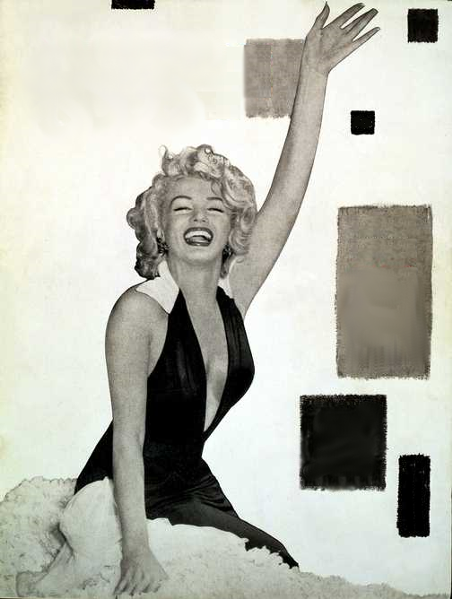 
On this I find it very unfair as birth control is considered part of medical care during reproductive years, I guess the Religious fundamentalist think that getting pregnant and having children is a mandate under obamacrap.

Great news, there is absolutely no good reason birth control should be covered. Employers should not be mandated to provide coverage for their employees extracurricular activities.

If you want birth control, buy it, it's not medically necessary. There are better, safer drugs for any ailment birth control is used to treat outside of avoiding pregnancy.


Third parties need to be eliminated! I say eliminate employers from the equation.

Who are employers to dictate what health care option should be available to their employees anyway? Health care decisions should be stripped from employers altogether. Employers should just pay correct wages and insurance companies should provide all people with fair and equal rates, under the law.

posted on Nov, 2 2013 @ 09:35 PM
link
I'm not sure how this new ruling affects the HHS regulations that were changed a few months ago.

Anybody have any real first hand knowledge on this whole thing ?

Maybe now, people pay for an extra option on the policy ?

The Obama administration on Friday offered its final compromise for faith-based groups that object to covering birth control in their employee health plans, even as the issue faces new legal challenges.

The final rule does not differ greatly from a proposed version issued earlier this year that sought to offer a way for women to get the coverage without forcing religiously affiliated organizations to pay for it. Under the rule, insurance companies would provide the coverage free of charge through separate, individual health insurance policies from their employers' insurers or third-party administrators.

“Today’s announcement reinforces our commitment to respect the concerns of houses of worship and other non-profit religious organizations that object to contraceptive coverage, while helping to ensure that women get the care they need, regardless of where they work," Secretary of Health and Human Services Kathleen Sebelius said in a statement.


Before I address your specific points of contention, I feel obligated to tell you that in all honestly I find the whole premise of your arguments disingenuous. I won't go so far as to say that you as a person are disingenuous but I find myself perplexed by the lack of common sense in your logic and that makes me wonder.

Your comparing contraception to medical emergencies or medically necessary treatments, this is ignoring the reality, common sense and facts of the argument and just trying to argue a completely DOA point. I'll say it again, in case you didn't understand the first time.

In context, "Extracurricular" within my last post means "sex" and "pregnancy" and not skiing in the alps if you happen to break your leg. You see, one of those is medically necessary and one is not. Can you figure out which one is which?

You are quite correct, kind of. You see, the ailments you have listed there, which I assume you already know can be safely and properly treated by other means that are quite commonly accepted in the medical industry as "safer" than the birth control pill which carries enormous risk both in the short and long term in a multitude of different spectrums for females. This pill would never be prescribed on it's own for such afflictions but in the rarest of occasions. I'm guessing you know this already though?

I have 5 brothers, 2 of them are doctors, I know more about this than most and you see, even if that was not the case, I'm a little too smart to try and associate a skiing trip accident with birth control.....


So do Christian Scientists not have to buy insurance for themselves or pay into healthcare for their employees?

Seems only fair by the legal ruling.


How about a person whose religion says that sodomy is against the laws of nature and God. Does that mean that person doesn't have to provide health insurance to his/her employees that covers prostate exams?

What if an employer believes that alcohol and/or ciggies are the devil's tool? Does he/she not have to pay his/her employees because some of the wages may go to the procurement of such evile vices? Only seems fair, given this ruling.


...denying coverage of contraception would not undermine the Affordable Care Act’s requirements that health insurance provide preventative care. ... “The provision of these services — even without the contraceptive mandate — by and large fulfills the statutory command for insurers to provide gender-specific preventive care,” she wrote. “At the very least, the statutory scheme will not go to pieces.”

...two other judges on the panel disagreed with parts of the ruling and said the rights of religious people do not extend to the companies they own. They also disputed that the Gilardis were unduly burdened by the coverage requirement. ...

Churches and other houses of worship are exempt from the ObamaCare mandate to cover contraception. People who work for religiously affiliated institutions can get birth control directly from their insurance companies.


Something has got to change..... If employers paid decent wages, there would be no need to go through the employer to get insurance in the first place. Then they wouldn't have to deal with the conscience issue at all. I don't really think it is fair that an employer has any say with an employees medical issues and treatments period. That is supposed to be between the doctor and patient.
edit on Sun, 03 Nov 2013 08:38:02 -0600 by TKDRL because: (no reason given)