Tax delinquents by the thousands have security clearances, GAO finds

This exposure takes the cake hands down !!

Can you imagine what somebody who is desperate might do to simply get out of the grasps of the IRS ?

A security clearance could be gold in the wrong hands.

Many average people get cracked out of jobs and other things because of debt that shows up on a credit report.

Employers and lenders have drawn lines that make people in debt seem *dangerous* in some respects, and are considered by some experts to be risky and vulnerable and prone to bad decision making.

But then again, we have most of the population in debt, probably by *Banker Engineering*

Thousands of tax delinquents -- including one who owes $2 million to the IRS -- have sensitive security clearances, posing a risk that has gone undetected by federal agencies, congressional investigators will report Thursday.

A report by the General Accounting Office obtained by NBC News found that 8,400 U.S. officials and contractors with access to sensitive government secrets have racked up $85 million in delinquent tax debts.

The report, due to be released Thursday morning at a Senate hearing, is the latest example of what members of Congress and investigators say are glaring weaknesses in the government’s system of vetting those receiving security clearances.


Tax delinquents by the thousands have security clearances, GAO finds 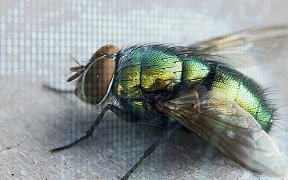 
As a normal every day Joe, try not to pay your local taxes. What happens, you get letter from a collection agency that contracts thru you local government officials and they threaten you with selling off your property over a 30 dollar overdue tax................

WTF, have we allowed to happen?

posted on Oct, 31 2013 @ 03:17 PM
link
This is surprising? How many of Obama's cabinet appointees were tax cheats? It was Geithner who claimed he couldn't file because TurboTax was too complicated and he ran Treasury. But he was hardly the only one. If they can sit on the cabinet why should we think they aren't endemic throughout the system?

ketsuko
This is surprising? How many of Obama's cabinet appointees were tax cheats? It was Geithner who claimed he couldn't file because TurboTax was too complicated and he ran Treasury. But he was hardly the only one. If they can sit on the cabinet why should we think they aren't endemic throughout the system?

At about 2 minutes in, Grassley asks him if he used software to prepare his returns when the mistakes were made.

No, he didn't actually say that he found TurboTax too complicated, but the mistakes were made while he used TurboTax and were his fault.
edit on 31-10-2013 by ketsuko because: (no reason given)


ketsuko
This is surprising? How many of Obama's cabinet appointees were tax cheats? It was Geithner who claimed he couldn't file because TurboTax was too complicated and he ran Treasury. But he was hardly the only one. If they can sit on the cabinet why should we think they aren't endemic throughout the system?


Well THAT turned out well, didn't it? The Treasury and state of the nation's budget and finances just did SO well under his leadership there. How many trillion was added while he had that department? Errrr.... Thanks Timmy!

posted on Oct, 31 2013 @ 04:36 PM
link
You have to take into account of the people that the IRS claim are Tax delinquent that are not because of IRS paper work problems.

Years ago i was sent a letter by the IRS that i owed money for a job i had on the east coast.

Problem was i was in the military on the west coast and could not have been in two places at the same time across the county.

It took the JAG office on base 6 months to get it straighten out. And the IRS never could explain what the problem was but wanted the money.
The strange part was the IRS would never tell me (or the JAG office)any information about who they claimed i worked for or even what state on the east coast i was working in.

A TS or critical sensitive clearance will ideally be reinvestigated once every five years. Secret or noncritical sensitive is supposed to be reinvestigated every ten years, unless it's also public trust, which becomes five years. Undesignated confidential, fifteen years. Some security offices are very negligent, and reinvestigations can be overdue for years before they are initiated. So an employee can rack up a lot of debt between investigations. Then, when the investigation is complete, all they have to do is say a few magic words to mitigate it. Few security officers want to go through the expense and bother to pull a clearance from someone who is wealthy enough to afford a lawyer and politically connected, so if those mitigating factors are there, they'll make a favorable determination. But I'm talking shop. The point is, five year gaps between investigations allow people to amass an awful lot of bad debt.

To close that five year hole, the SecEA is planning on moving toward continuous evaluation. That's a phrase with no fixed meaning, but in this case it probably means something like an annual assessment based on something like OPM's PA SAC, with a full EO 12968/ICD 704-compliant reinvestigation at the usual interval. The PA SAC includes FBI criminal history, credit history, and FinCen, so it should pull up major debts, unusual transactions, and other bad behaviors. How much good that will actually do, I don't know. If nothing else, personnel security won't be able to say "We didn't know," so there might be some impetus to enforce the standards.