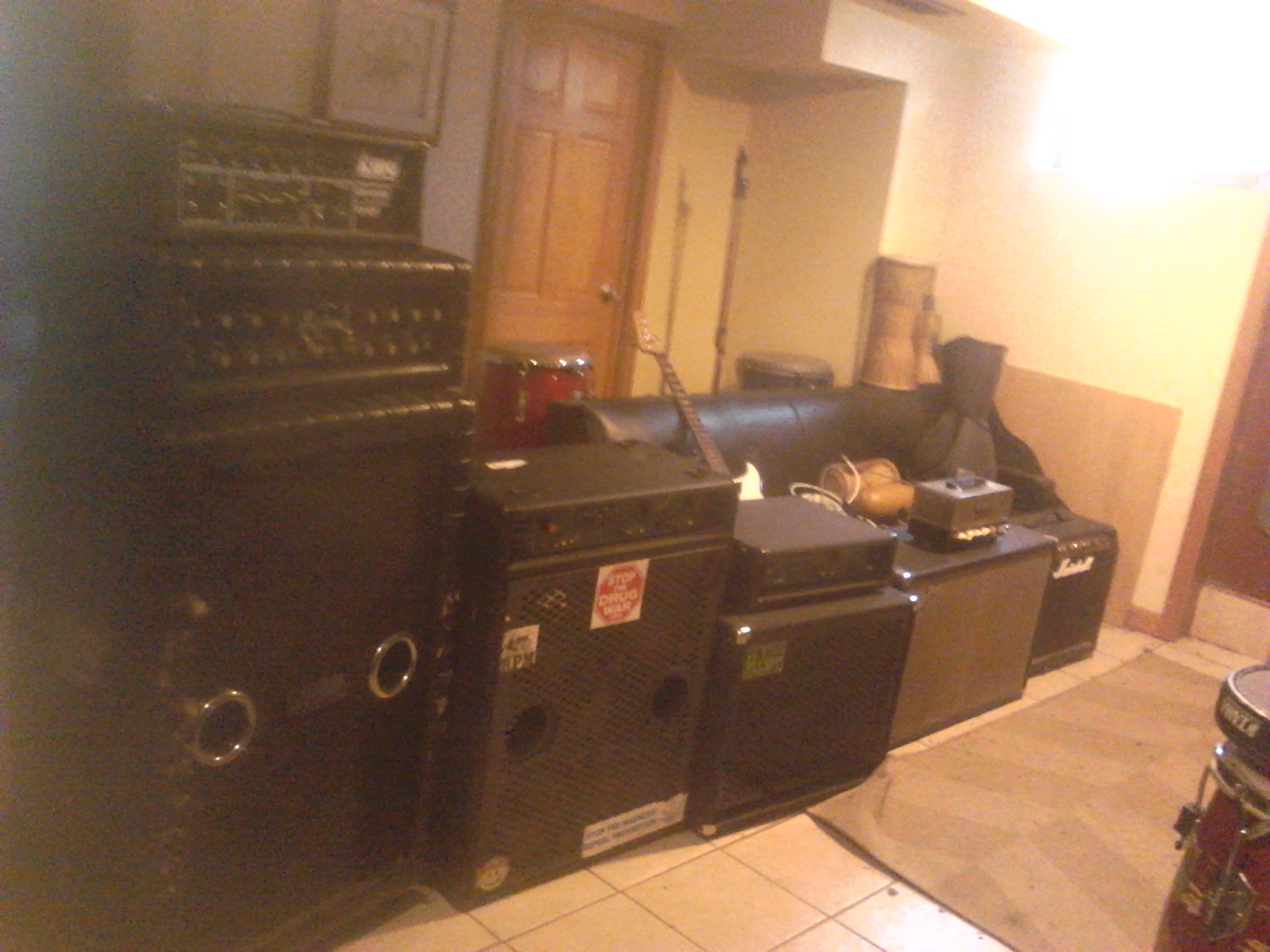 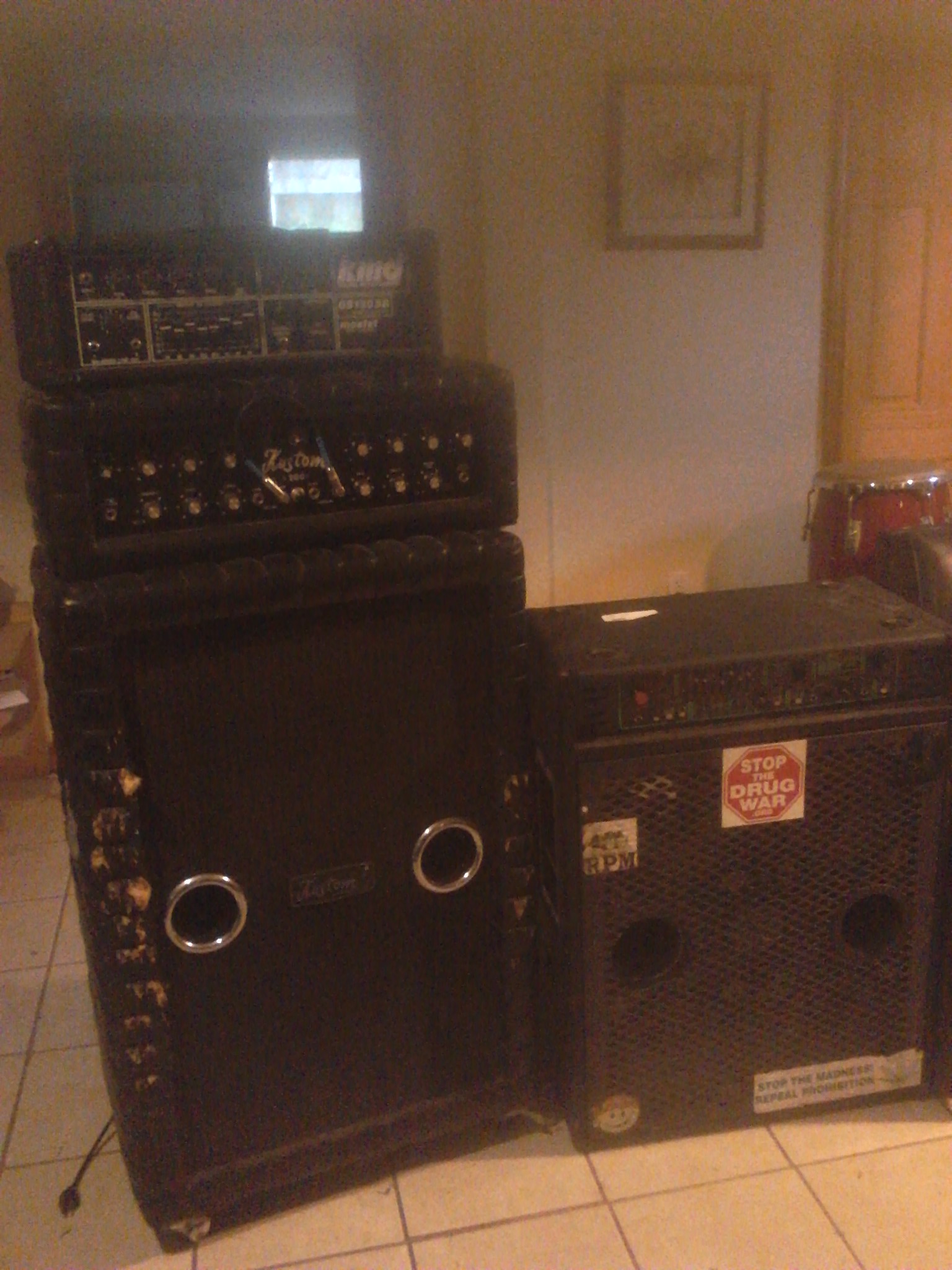 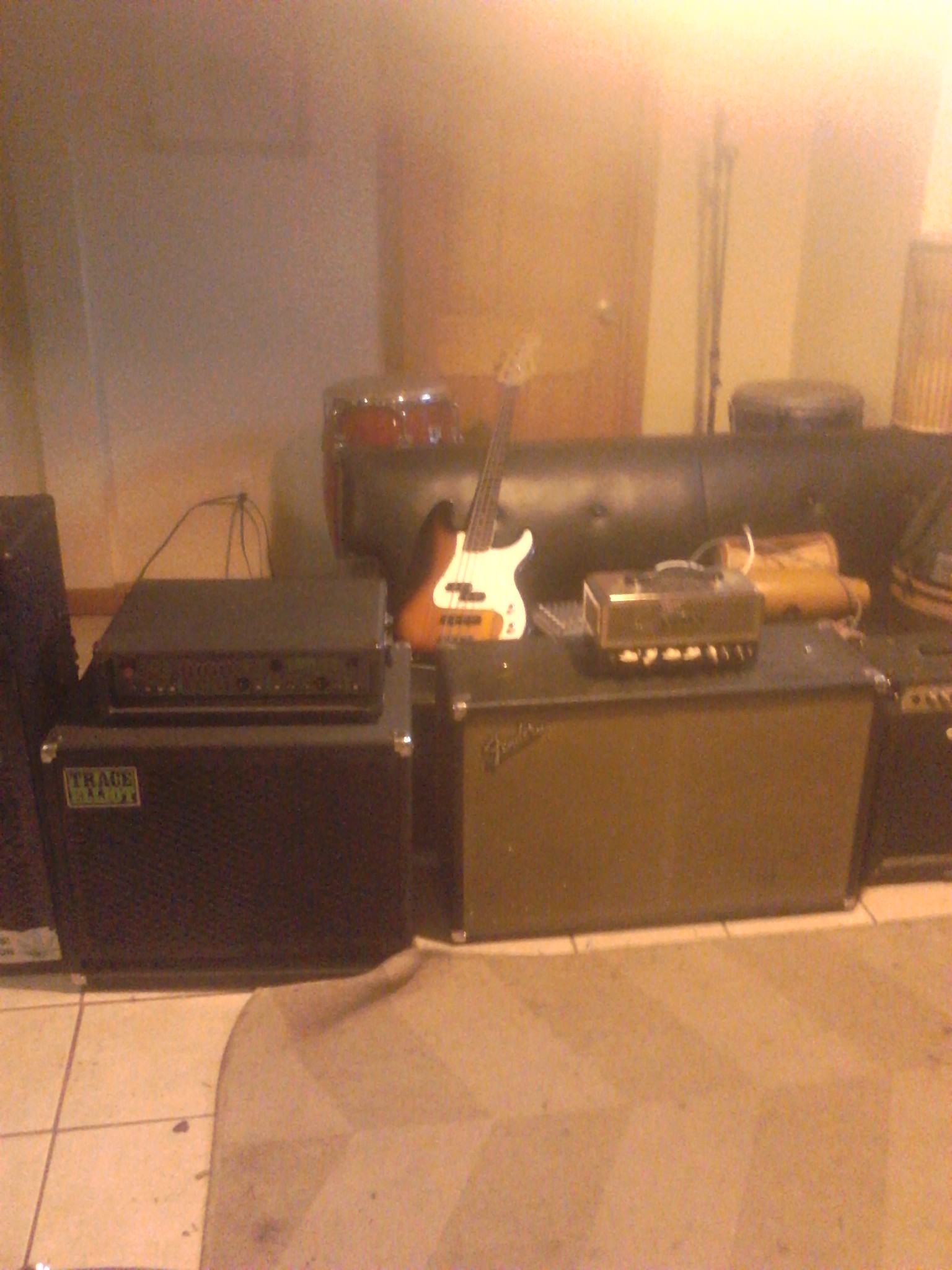 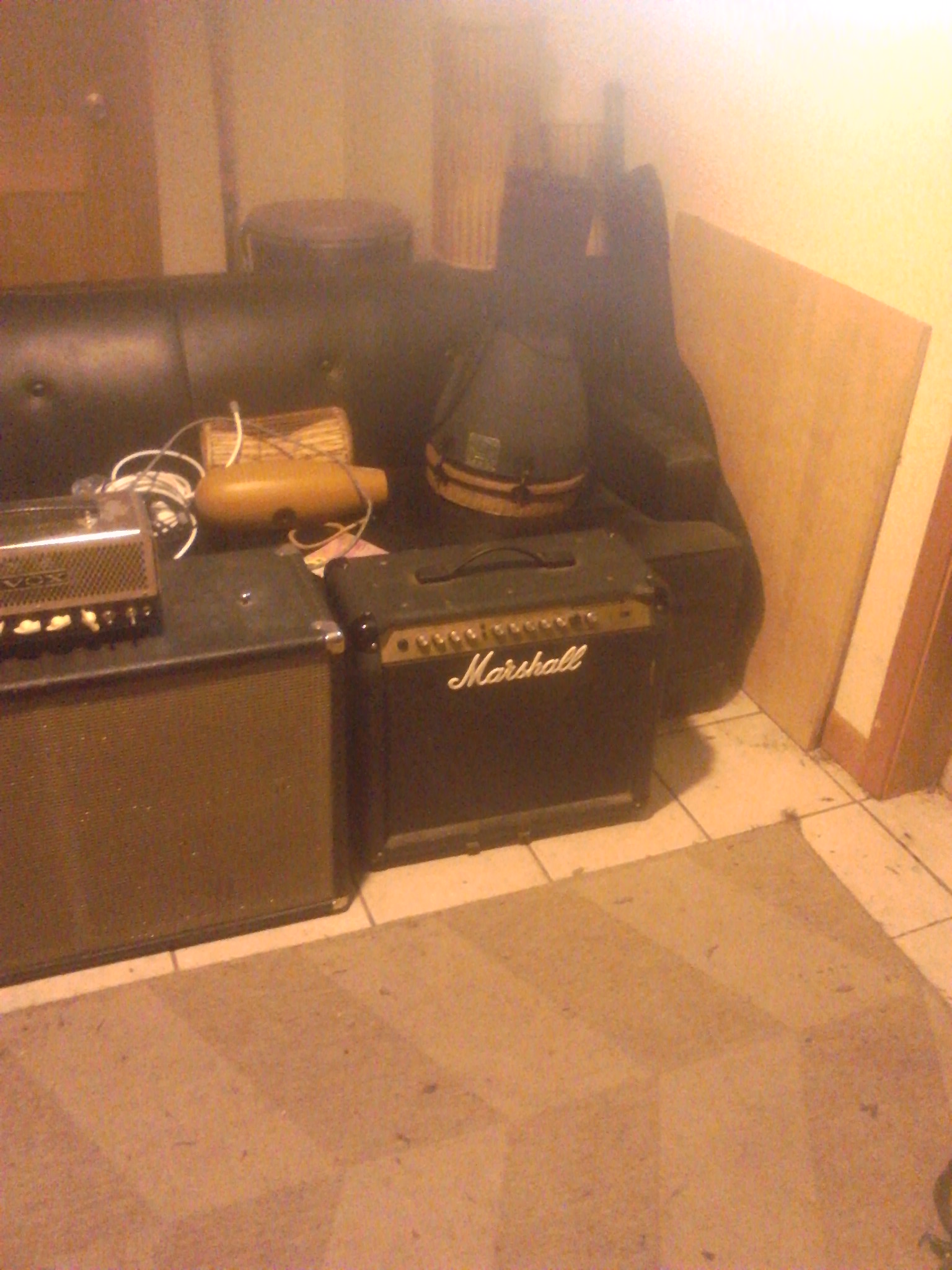 All I have is an old acoustic Korean Kay with a Seymour Duncan PU and a tricked out Fender brownface and a Bulgarian Upright bass and a few pedals.


Most of what I have is for my own personal use since i'm more of a closet musician lol. I dont have much in the way of stage gear. It's more studio than anything. 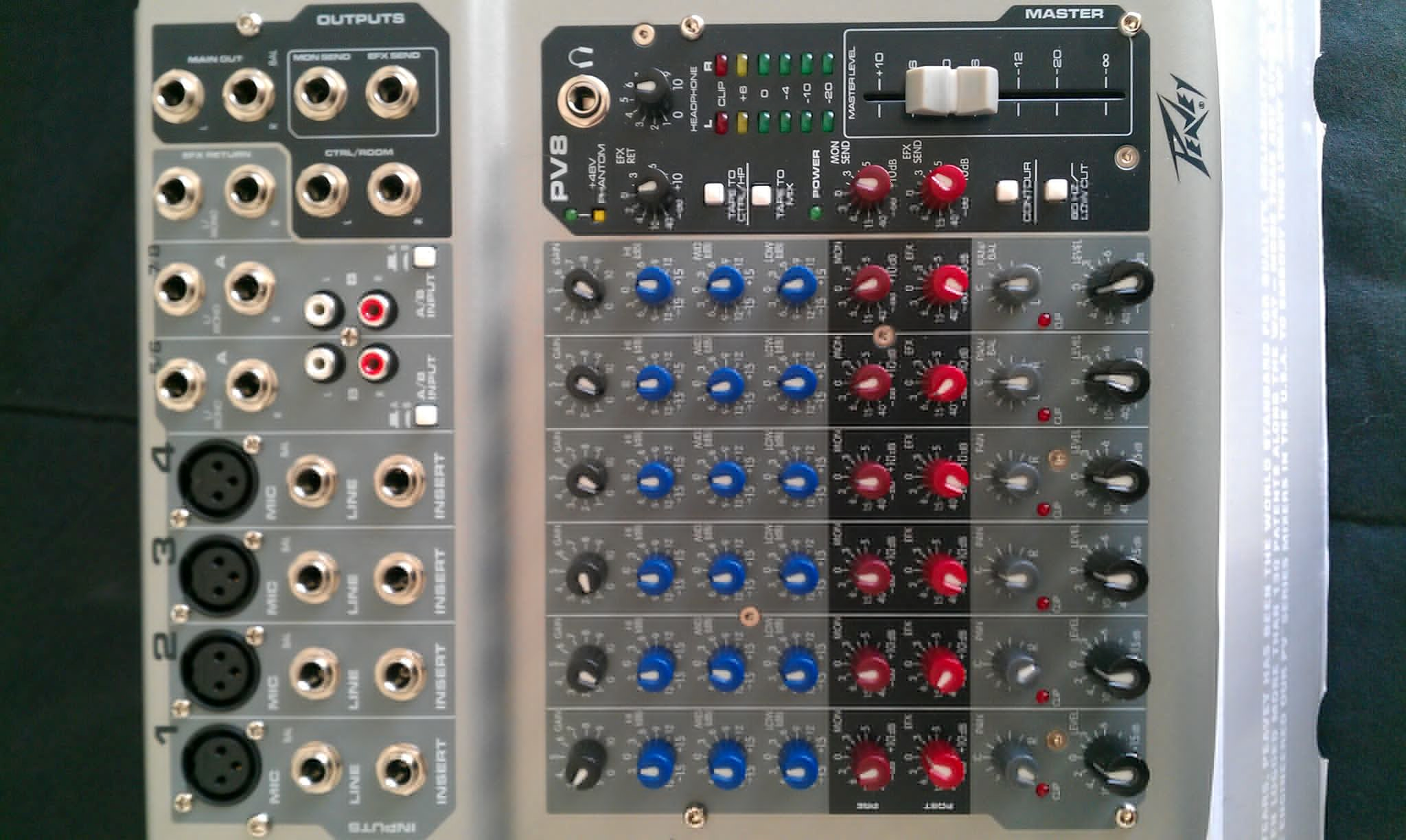 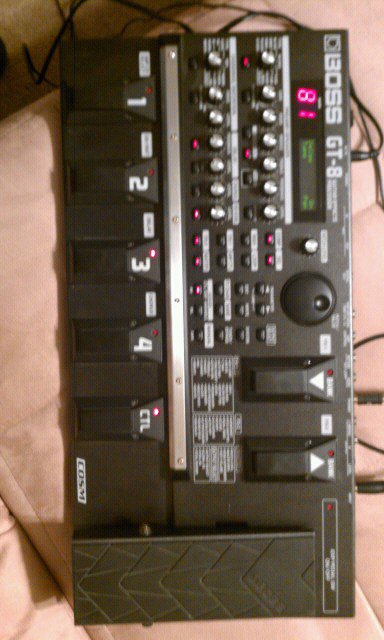 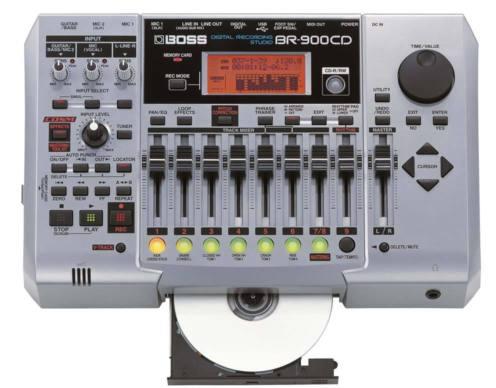 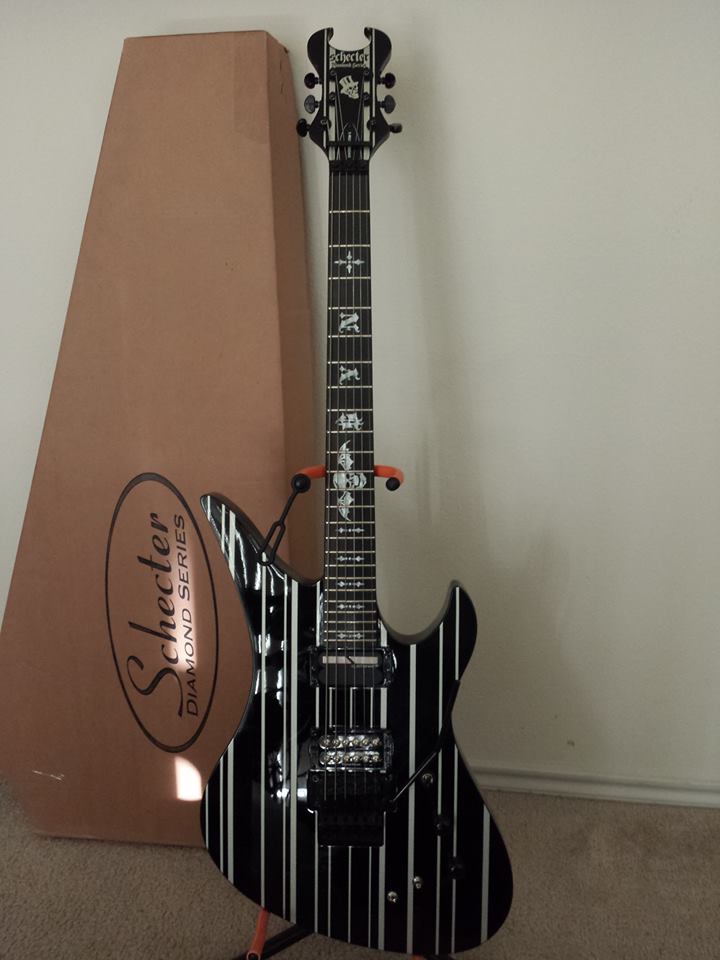 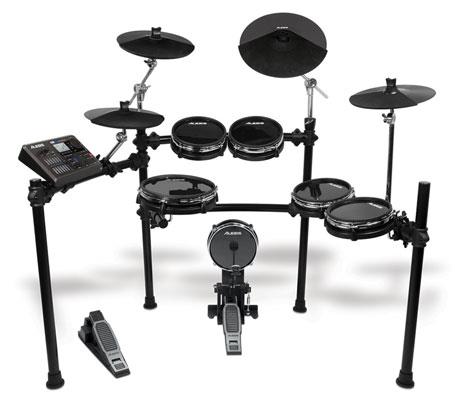 I also have an Ibanez Guitar not shown here. I also use Computer software that I use solo for mixing, drums and other things as well as Midi via my PC. All of this is in my 1BR apartment so this is a perfect setup for me. I do have a Tubless "tube" amp that I dont really use (remember apartment) but still sounds very nice.


Just curious, you have the muff and cover off the bass. Although removing the muff was the first thing I did when I got my first pressy in 1962, I did put the cover back on. I also kept the hand rest.


And she sings so pretty... That sustaniac is unlike anything I've ever played with before. It's love at first hummm. That's what I call a real hummer! And she screams just as sexy...

I don't have any pictures or serious equipment but I have; a Line Six Spider III 150 Watt Amp, a Line 6 FBV Express MK II foot controller, an Ibanez weeping Demon Wah pedal, an Ibanez RG370DX, a Mexican Stratocaster, and an old Ibanez acoustic.

I don't play much anymore. I have been thinking about selling my gear, but every time I try I can't commit.

The bass is nothing fancy, its a squire. It came without that nice stuff.


Oh right, it looks like a Precision in the picture. I was a pro bass played for 20 years, but I play lead now. Sorry I can't upload any pictures at present, the new board still has gremlins on my browser. 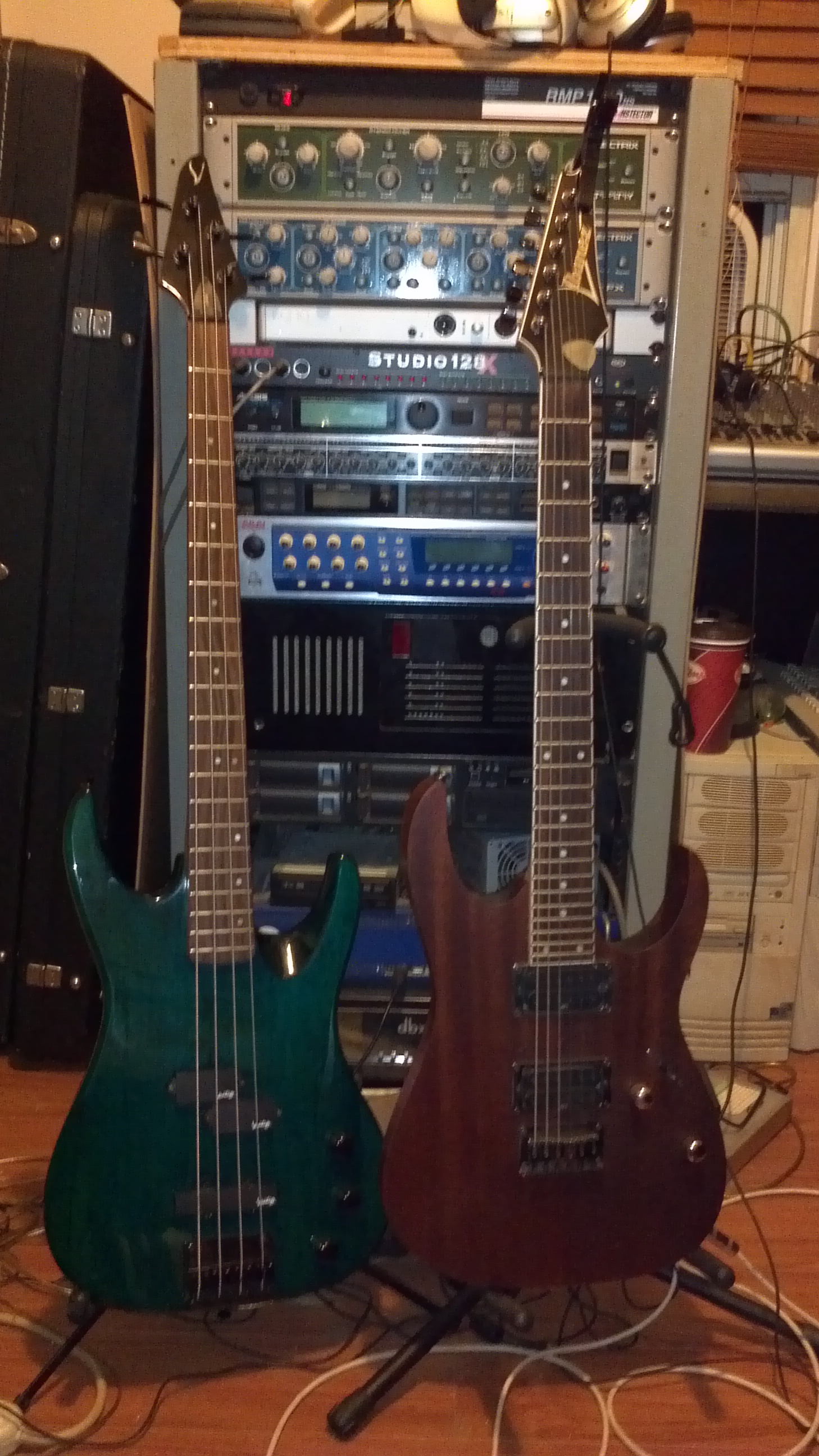 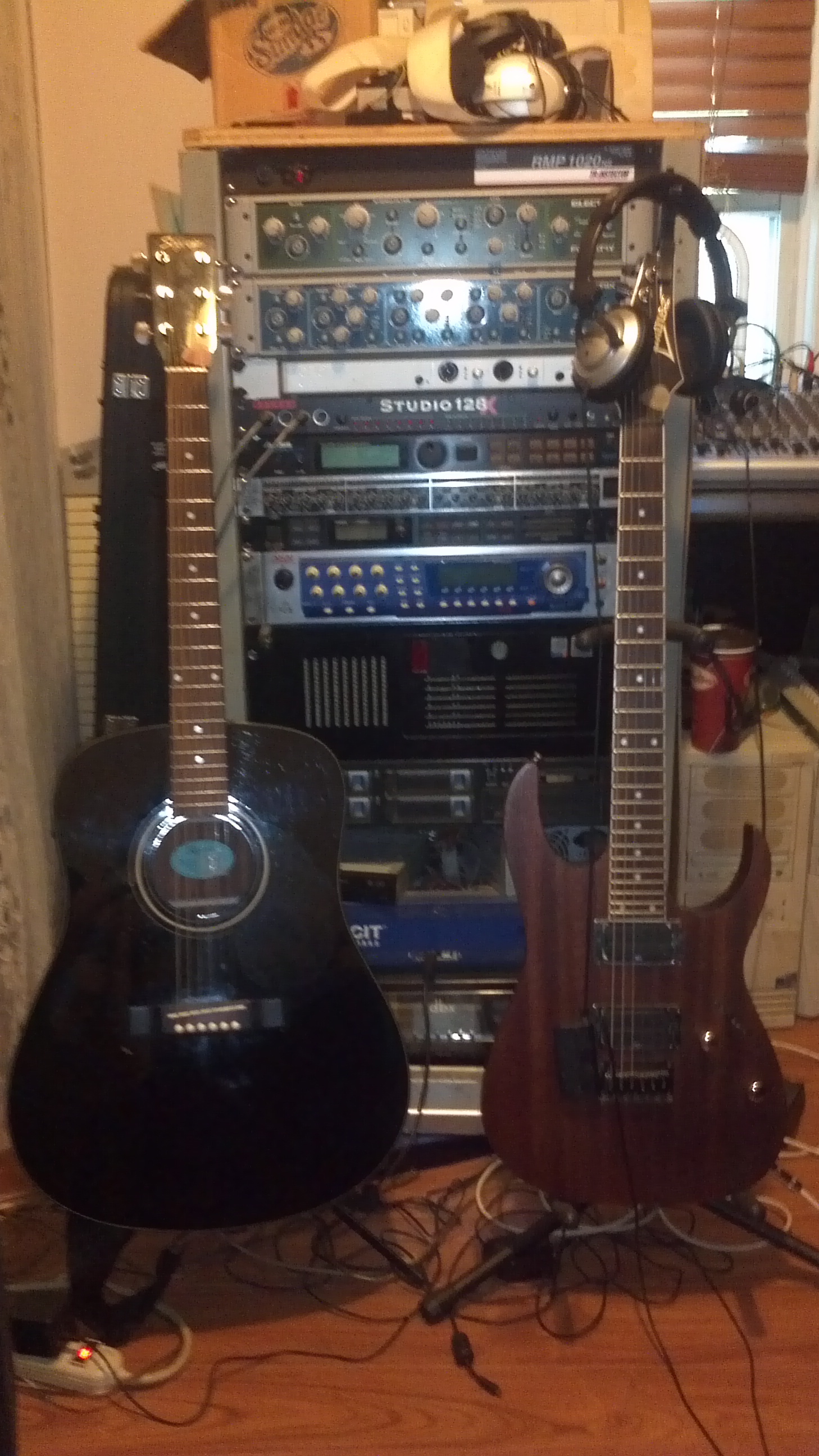 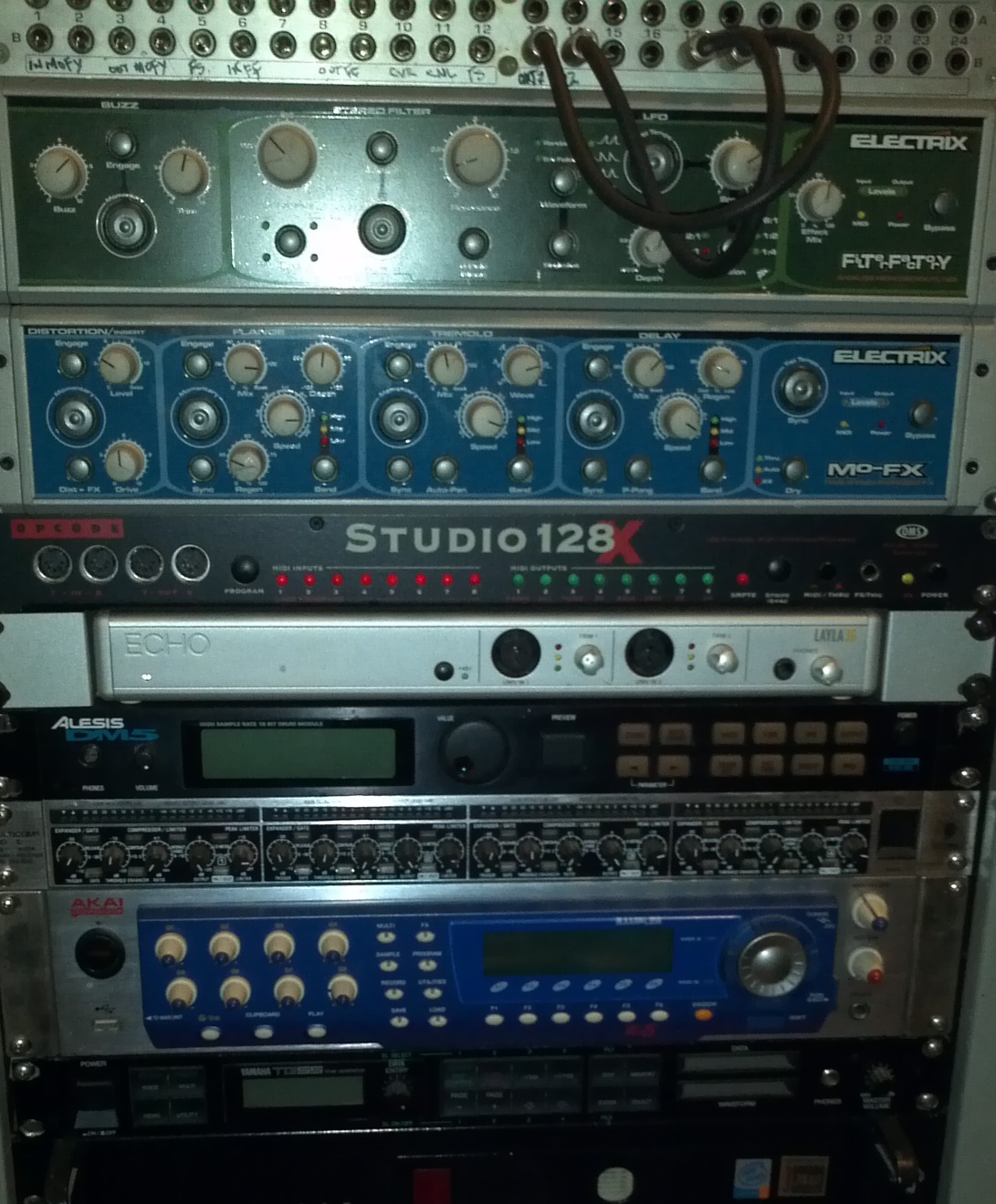 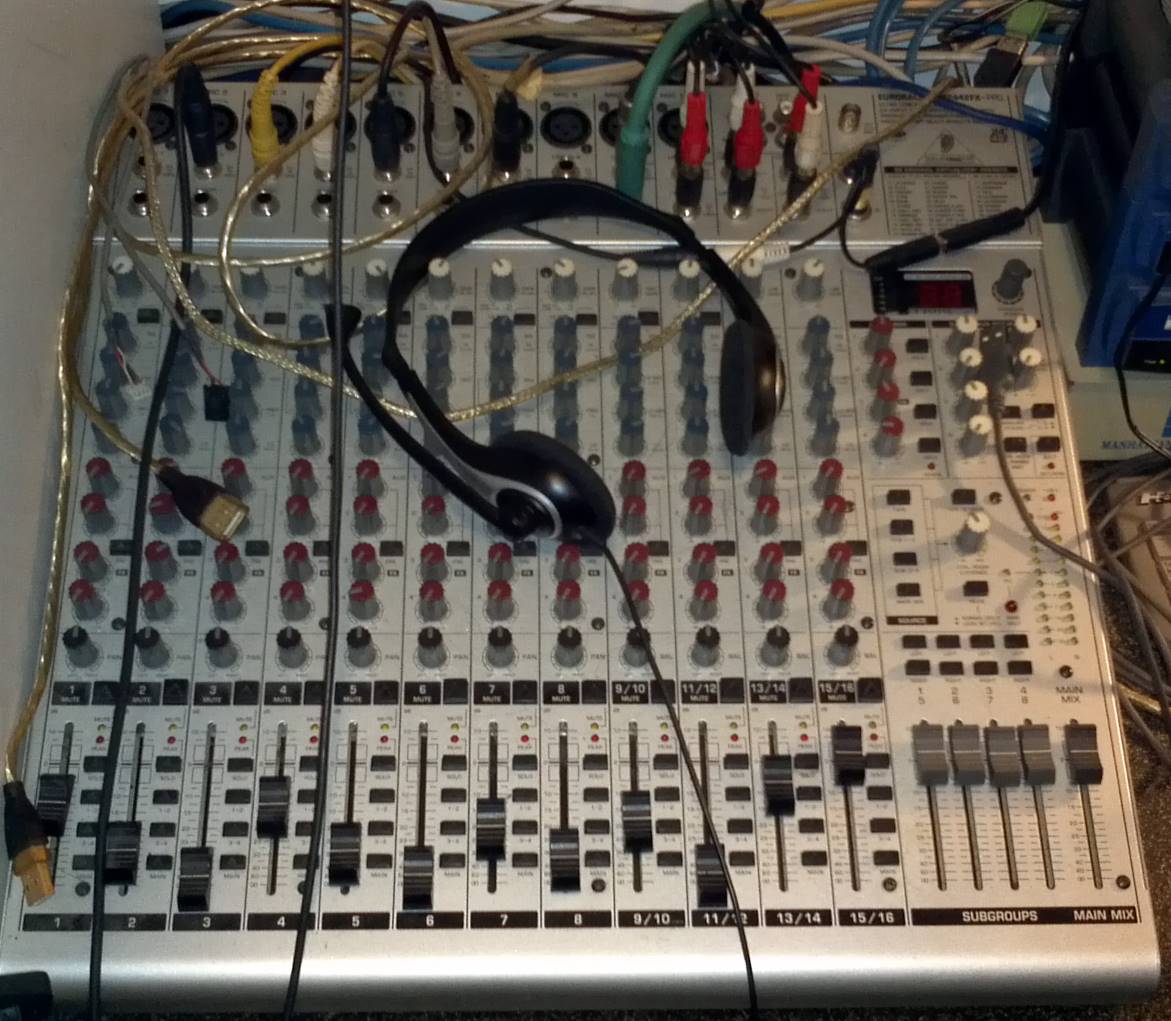 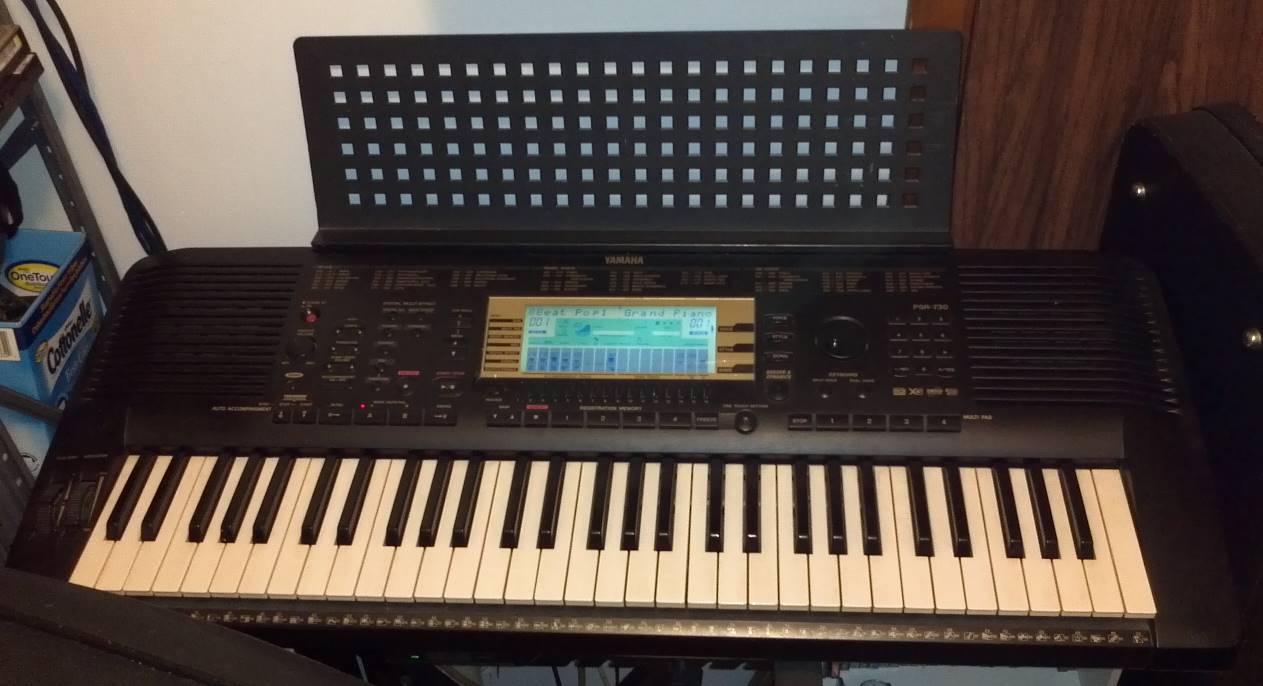 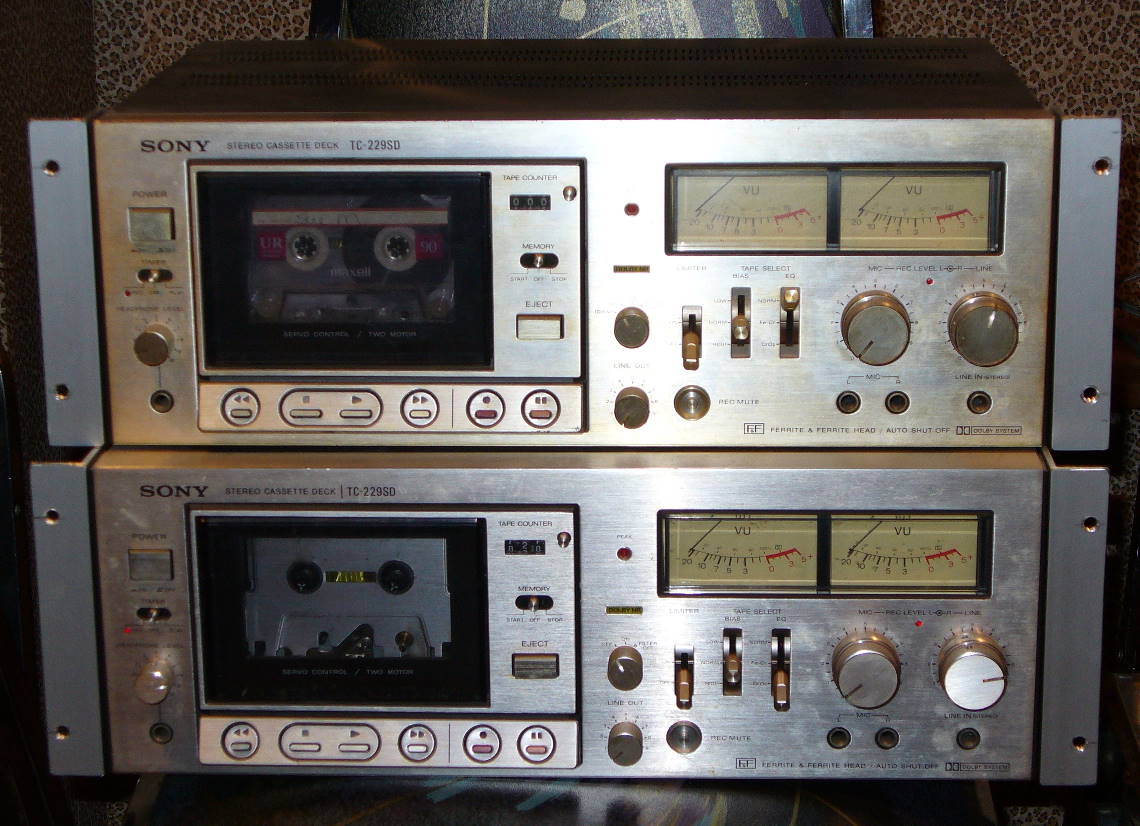 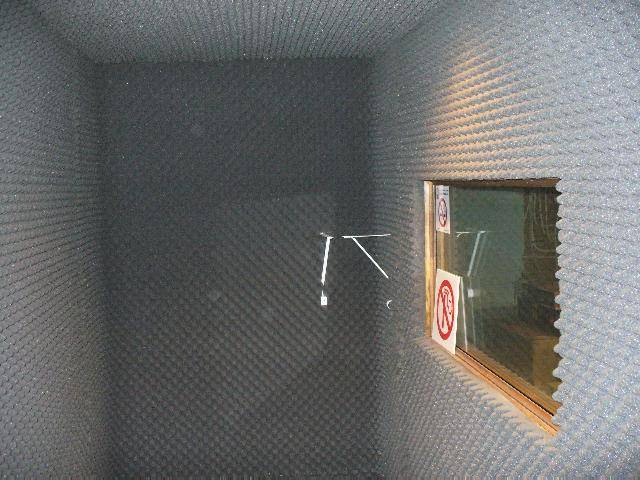 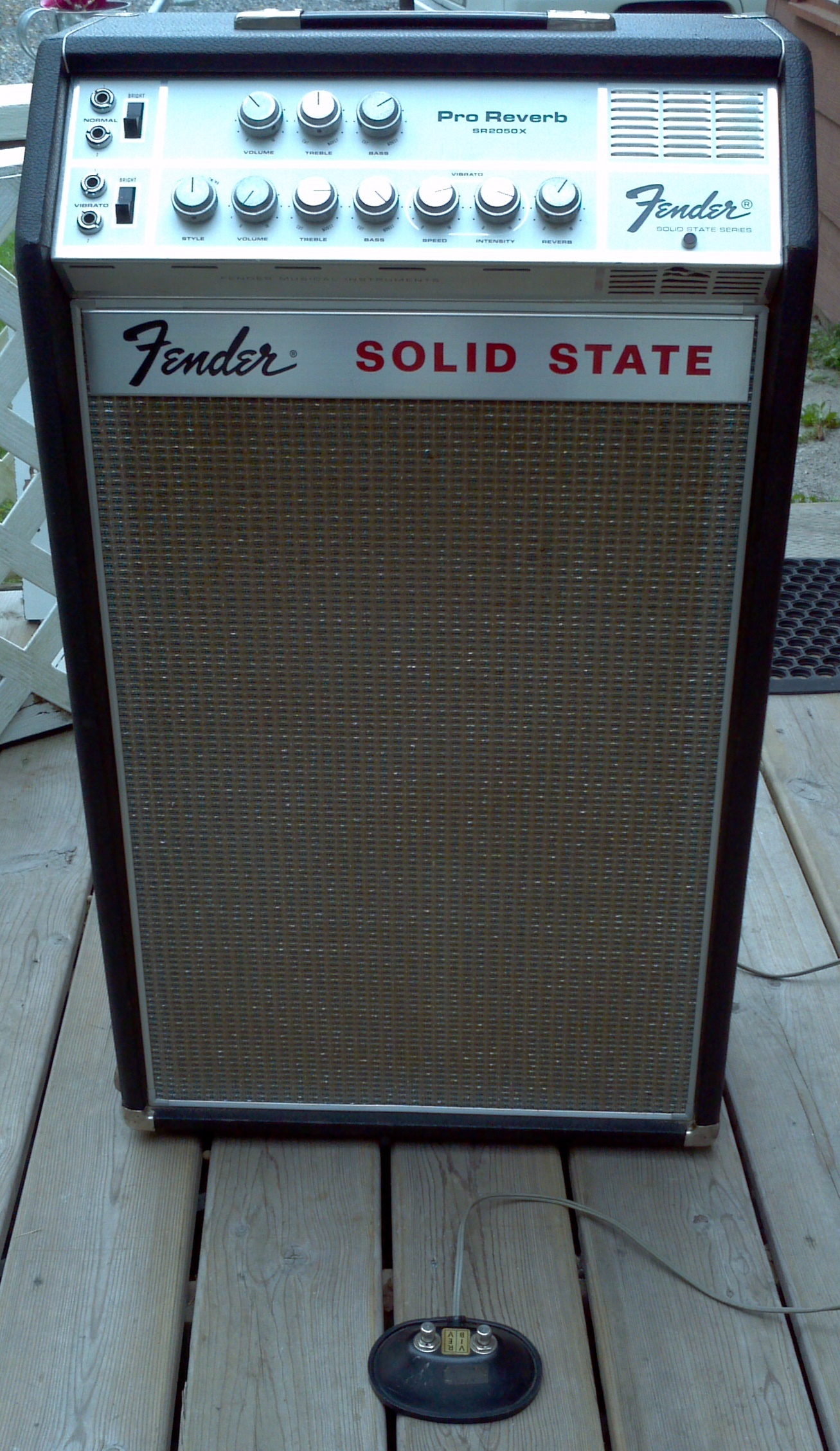 I've done a lot of work for Anthem, UMPG, Sony, Warner-Chappell, True North and a few artists individually you'd probably recognize. I do mainly covers and enhanced backing tracks. So far I have done about 3000 songs since 2002 and recorded about 250 bands/solo acts.

It may or may not be a far cry from what I used to do for the military as it's still just technology, but it's part of my karmic debt repayment plan.

That's actually one of the pieces I am looking at selling. You know what they are worth, right? I did the research and talked to Fender directly, got them to send me the schematics, just in case I ever had a problem with the amplifier, but I didn't. I tore it down, resoldered everything fresh, checked the caps, no problems and cleaned it up a little. I've been all over the internet looking for pricing on this wee beastie, the Fender forums have nothing, you actually have to search around. It is a collectors item, it is in almost perfect shape and it works perfectly. It would be real shame to part with it if I had a 1968 Fender Telecaster as well. Anyway, it's been sitting in storage for more than 20 years and it's got a story to tell.

The friend I bought it from was a flight engineer with the Canadian military and he bought it new in Germany in 1969 at the music shop outside the Heidelberg University. The amp traveled with him all over the world (Europe, Japan, Alaska, back to the States, South America, Africa, Australia, etc.) on a Hercules and finally ended up in Canada LOL. People need money from time to time so I gave him his price. He still plays in a band up here and they are quite good.

posted on Nov, 1 2013 @ 02:48 AM
link
Wish I could share pics of hubby's equipment, guitars, amps, special effects pedals etc. We have a spare room FILLED with stuff. He is a guitar player, though hasn't dabbled with it much since he has been disabled.

I know it cost you guys thousands of dollars. Hope you are at least playing out.

posted on Nov, 1 2013 @ 10:10 AM
link
I do play out with a funk band here in the North West. My bass player is a lucky guy, he can pick which amp he wants to use and then I have the 3 remaining guitar amps to pick depending on size of our gig. 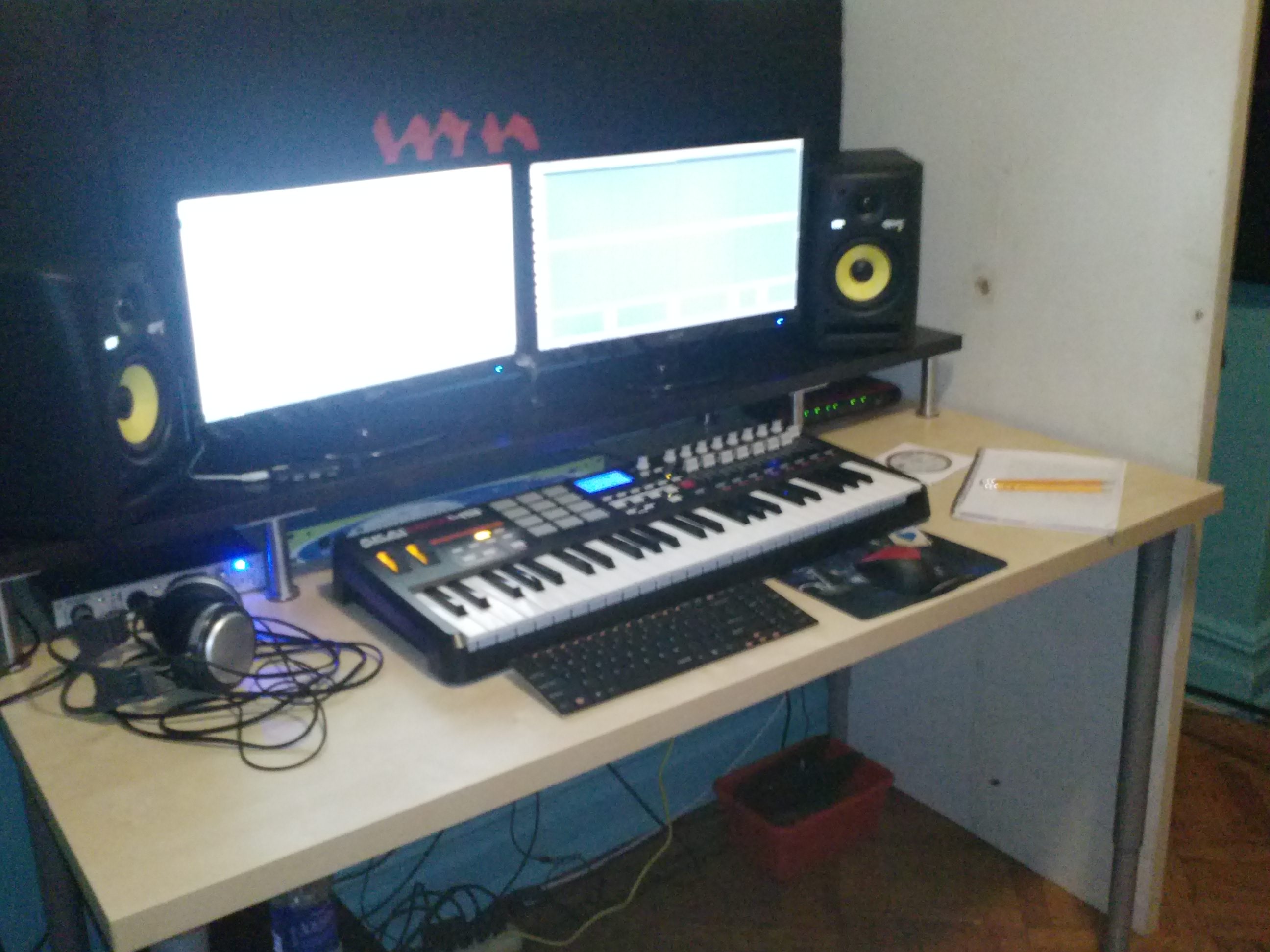 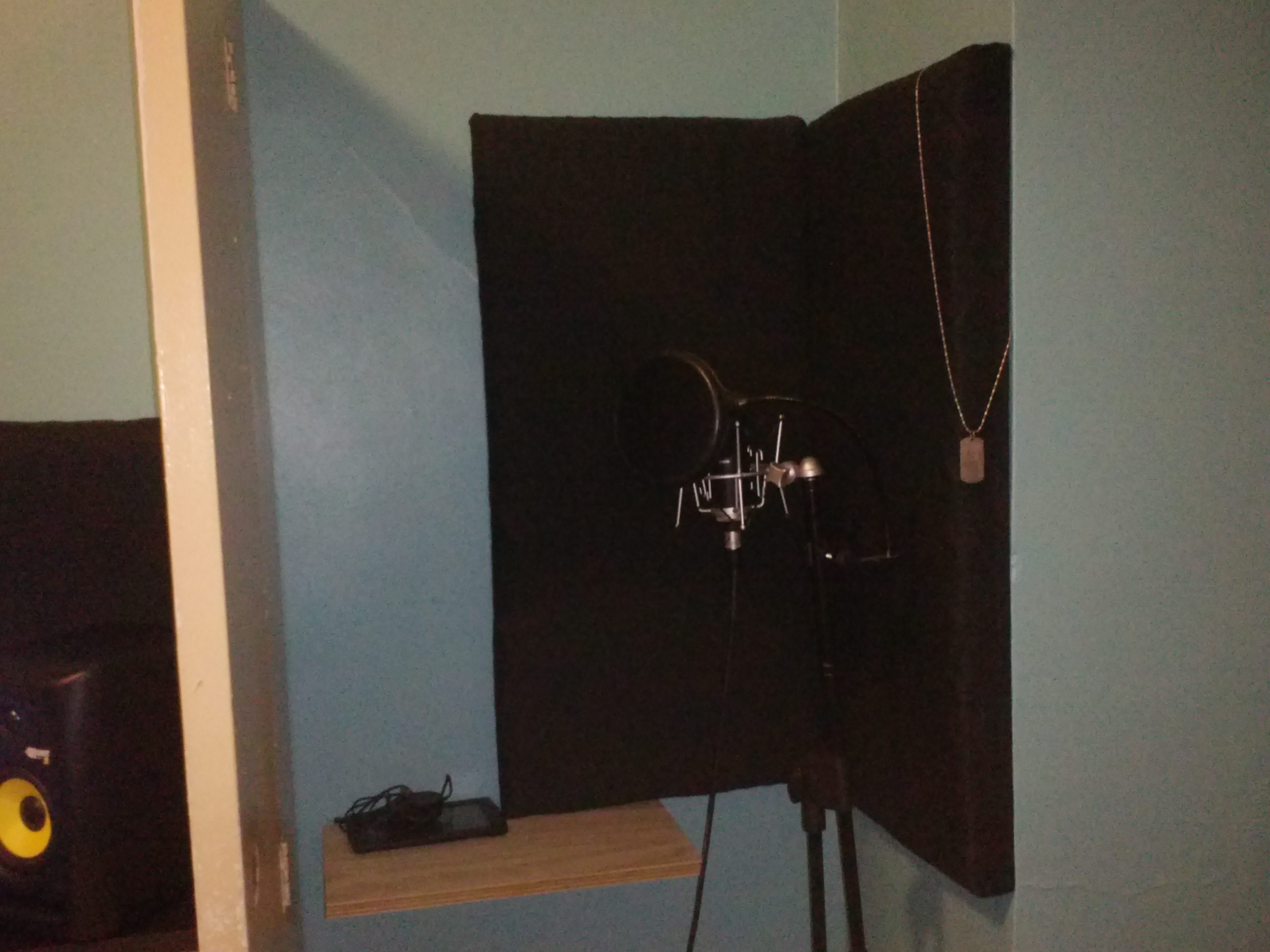 This is what I've collected in the last 4 years.